Shortly after starting the blog, I thought that I might write a chapter about the Big Chicken, a spectacular landmark in Cobb County, and an awesome example of 1960s novelty architecture. Then I realized that, under the guidelines that I created for the blog, this would require me actually having a meal at the KFC underneath the thing. Even when KFC introduced a media-friendly, and controversial sandwich that did away with the bun in favor of two big chicken patties, surely an angle around which I could write a story, I just couldn’t countenance going here for food. But as this is our darn blog and we can do with it as we will, I decided that there’s no reason why I should not share photos of it for our friends and readers outside the area who have never seen the great big beautiful thing. 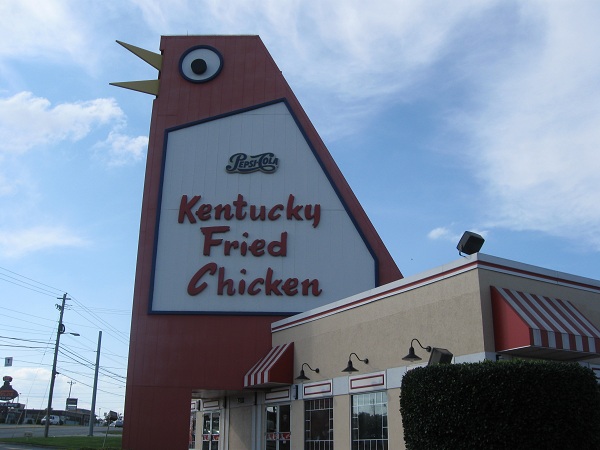 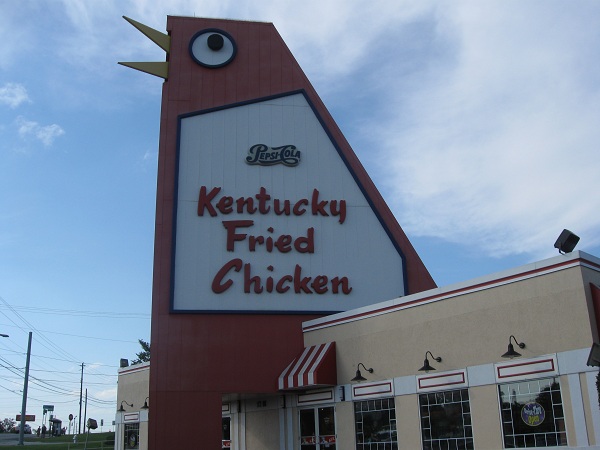 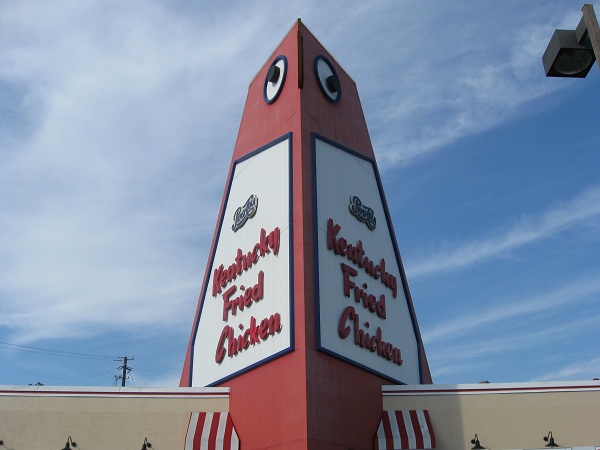 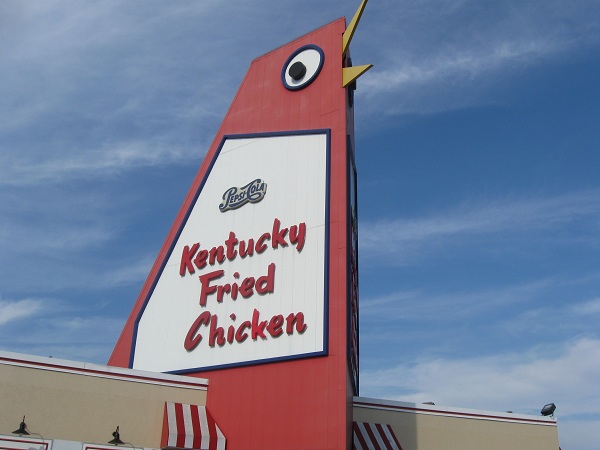 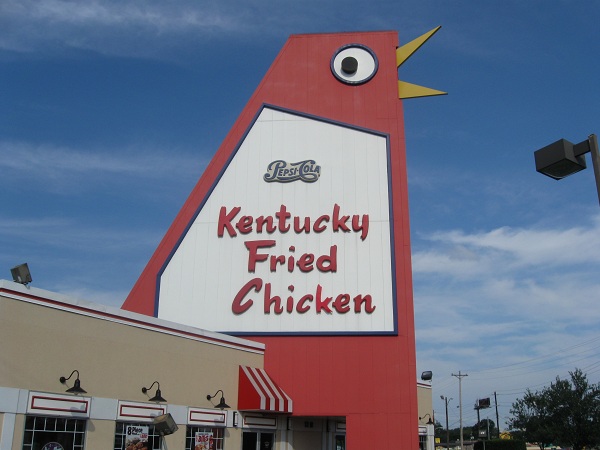 The chicken was erected in 1963 over what was then a restaurant called Johnny Reb’s. I believe that it became a KFC in the early 1970s. It is notable for being one of only a handful of these restaurants to retain the since-abandoned Kentucky Fried Chicken name – there is another in Newnan that has not updated its old signage since the mid-1980s – and also, of course, for selling amazingly awful chicken.

(That’s the last photo post for now, but we’ll do this again one day. Thanks for indulging us!)