Will the third time be lucky for Atlanta’s best burrito? Heck, we hope so. Matt Hinton, the owner of Bell Street Burritos, has had a run of bad luck that would make anybody else throw in the towel. After starting up as a stand in the Sweet Auburn Curb Market, each successive location has closed before it could really turn itself into a solid neighborhood favorite. Landlord issues shuttered the first two, on Howell Mill and in the Irwin Street Market, and Hinton has weathered the storms with grace and calm, with a super team in place to serve guests. 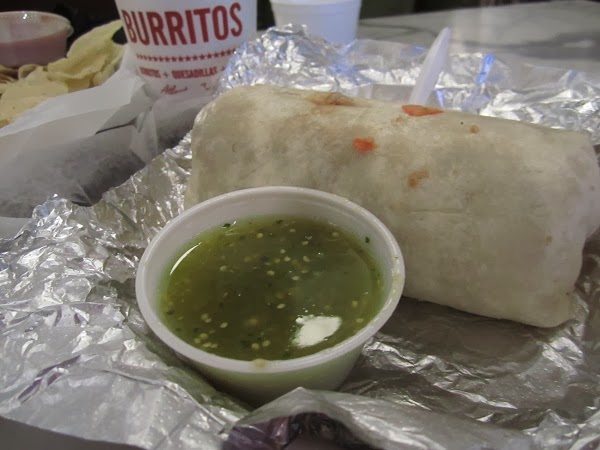 It just so happened that one year previously, Marie and I had a date night that brought us to the Irwin Street Market location. The Dogs squeaked out a win over Florida that night, and heaven knows we could have used a little magic and superstition to help us out this year, so I wrote Bell Street down on our calendar about the day after Todd Gurley was injured. Meanwhile, the restaurant’s bad luck raised its head again. The Irwin Street Market closed down for a few days for refurbishment, and when it reopened, it was without Bell Street. Hinton and his team had been working for months getting the new location on Peachtree, next to R. Thomas, up and running. He’s been diplomatic and tactfully quiet about what happened, but the bottom line is that, once again, a place closed up behind him.

It’s not good publicity to keep having your restaurant appear to be moving all over town. I genuinely believe that most of this has nothing to do with the quality of the restaurant or the acumen of the owner – when your landlord says that he’s had a better offer from an auto parts store and will be bulldozing the building in sixty days, there’s not a lot that can be done – but it can’t be good for the public’s perception. Hopefully, this new move will bring the crowds that filled the other stores and bring some good press and media reports, because the food is as wonderful as ever. 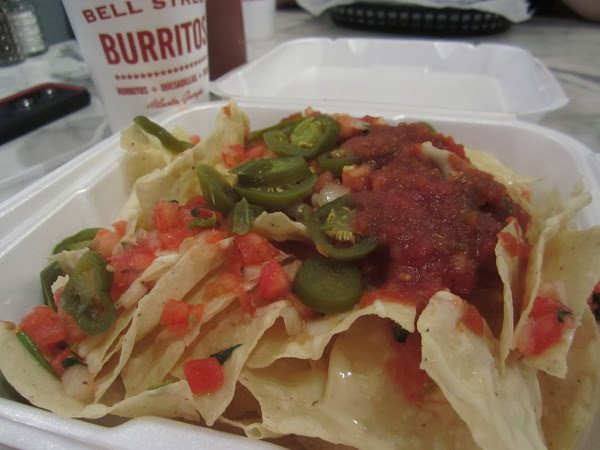 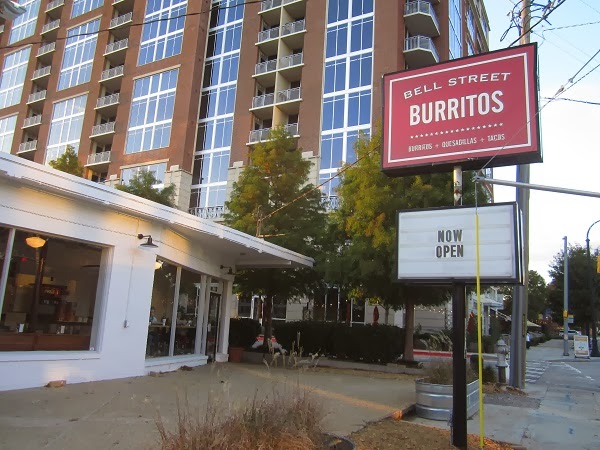 We invited Vincent and Helen to join us, and, to be blunt, they forgot about us entirely. They arrived, apologetic and hilarious – “When you write this up,” Helen said, “please rake me over the coals, because it’s all my fault, and I’m so sorry!” – after we’d already finished our excellent food. The girlchild had a broccoli and beans burrito, Marie had her normal chicken and guacamole, which she shared with the baby, and I decided to change things up and have a plate of nachos instead. The soda machine was out of Cheerwine – blast! – so I had some tea instead.

Vincent had already eaten, and had enough cocktails to be a little silly, but Helen dug into a chicken and green chile burrito, despite the earnest pleas of my daughter to try her broccoli concoction. She was very pleased, agreeing that it was really awesome. I love everything about this place and was glad that my enthusiastic recommendation went over well. The green and red sauces are incredibly flavorful although not at all hot and complement all the food just right. The music is perfect – this was honestly not the first time that I’ve yodeled along with “William, it was Really Nothing” at my daughter while enjoying the food here – and the staff is just great. The best burrito in Atlanta? By miles. I hope this place stays settled in its new Peachtree home for years and years.

After all, I will definitely need someplace to block out the heartbreak of interception after fumble while glancing at the score on my phone through squinted eyes and fingers on the first Saturday in November in 2014. If anything goes wrong with this place, we might just lose the big game.