Last week, I mentioned that the South Carolina Upstate has a pair of quasi-chains local to the area, the various diners or drive-ins called Clock or Pete’s. A truer comparison point with Macon’s Nu-Way or Fincher’s, however, would certainly be Skins Hot Dogs. This is a chain in the proper sense of the word. All twelve of the stores, located in a triangle from Seneca to Greenville and stretching south to Greenwood, are owned under the same corporate umbrella, using the same chili and slaw recipes that the original proprietor, a man with the frankly awesome name of Skin Thrasher, developed in the 1940s.

The original location is in a residential neighborhood maze in Anderson, which, before the development of GPS and Google Maps, was notorious for being bizarrely difficult to find. Visiting today is no great challenge, but you can imagine, cruising along these dark streets with small, ramshackle old homes and no nearby businesses, how roadfooders who heard about Skins from the 1990s WQED special A Hot Dog Program might have given up in confusion. When Thrasher originally opened, there were some textile mills nearby which brought him business, but these are all long gone, either boarded or bulldozed for inexpensive small homes. It might help you picture the community if I add that we drove past one lone man out for a walk on this brisk January evening and I swear blind that man was Michael Myers from the Halloween movies.

Thrasher started his business in 1946 as a pool hall that served beer and sandwiches, closed on Sundays and Mondays. He retired in 1985 and passed the business to his two sons and a son-in-law. They slowly began opening new stores, following the edict that they take Sundays and Mondays off, but keeping the beer at the original store only. That said, it might be a pool hall in a weird neighborhood with a very old liquor license, but they don’t take kindly to troublemakers with foul mouths. 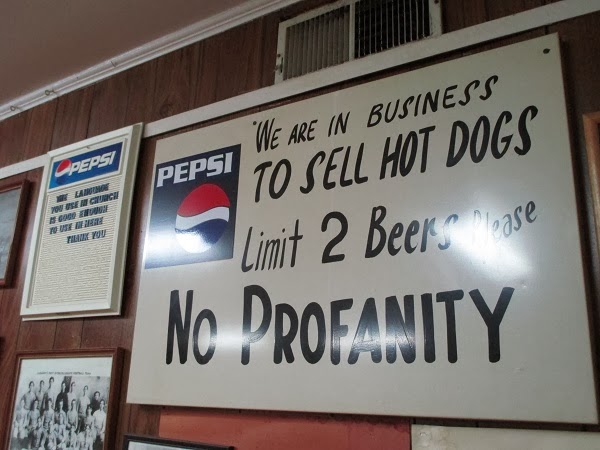 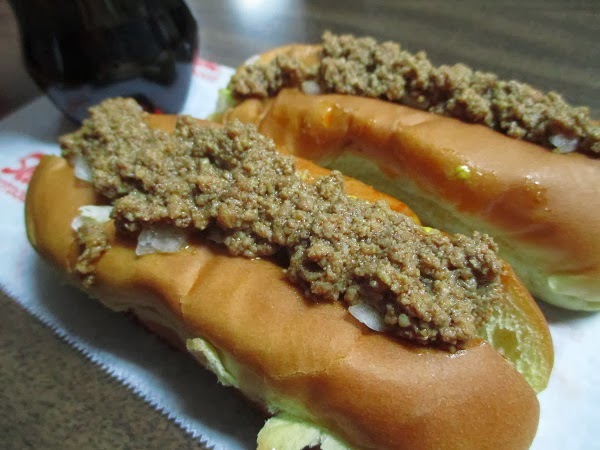 We pulled in at 6:30, twenty minutes before they close. Marie, whom you may recall is a troublemaker with a punning mouth, said that we made it to Skins by the skins of our teeth. That fellow at Zunzi’s better watch his back. Marie’s a-comin’.

About eighteen months ago, I had one of my absolute favorite experiences since we started blogging, just talking for what seemed like forever with the proprietor of the small Hot Dog Depot in Westminster. I learned a lot about Skins from him, and understand by inference why few choose to compete with Nu-Way in the Macon region. Since Skins began their expansion in 1988, they have been very successful, and effectively set the prices in the region for what people expect to pay for a hot dog. They keep it low and they keep it very affordable. Businesses that have to order supplies in smaller quantities will have to pay more, and are forced to decide between accepting a smaller profit margin by matching Skins’ low prices or risk alienating customers by going higher. These are hot dogs, after all. Going over two dollars in this market, in this economy, isn’t a safe business plan no matter what you pay your supplier for dogs. 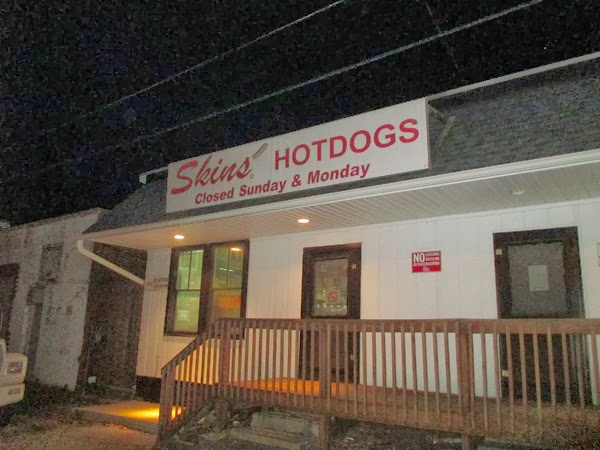 The owners of Skins wouldn’t be in their position of dominance if they weren’t putting out a product that the locals really enjoy. The service is very good, and the hot dogs aren’t bad. Honestly, I prefer my chili not quite so dry, and spicier, but it is an interesting flavor and a good experience overall. If we’re comparing chains, then I’ll stand behind Nu-Way (I am, after all, a Georgia boy), but I clock the distance between the closest outpost of each chain to be 193 miles. Gwinnett Place Mall in Duluth is almost exactly halfway between them. Somebody there should host a competition and settle the matter. I’ll attend, with a smile.