We wanted to sample a couple of barbecue places while we were in northeast Alabama, and so when we finished shopping at the Unclaimed Baggage Center in Scottsboro, we made our way to the downtown area around the courthouse square, and saw a closed-up storefront where the restaurant we were looking to find was supposed to be. We’ll chalk this up to really poor research on my part and some outdated listings on Urbanspoon. 50 Taters closed their downtown location in late 2011 and moved out to the big highway – there’s a Sprawl-Mart access road alongside US-72 that gets all the traffic – and actually has opened an additional store up on Sand Mountain in Rainsville where they now do the smoking for each location. I think that we’ve got everything sorted and corrected now, so anybody else looking for barbecue in this corner of Alabama should have an easier time getting to where they need to be.

I imagine that the potential for business is probably a whole lot stronger out on 72, but it is a shame that they left the downtown district. It’s really a charming little area, reminding me architecturally of some of the best historic downtowns in the south that we’ve seen. Somebody needs to open a good bookstore or another restaurant in downtown Scottsboro, and bring us back that way.

50 Taters is probably the first restaurant that we’ve ever visited to have great big posters of Marilyn Monroe that didn’t leave me wanting to smack somebody. Usually, you see those in fake “fifties diners,” and you can read plenty of examples of me grumbling about that design here. No, the design at 50 Taters is a very simple and comfortable one of classic film icons. Maybe you don’t really see the connection between barbecue, potatoes, and Clint Eastwood, but the vibe here is “comfort food.” If you don’t like your potatoes baked, then they’ll fry ’em, or mash ’em and cover ’em with gravy for you. 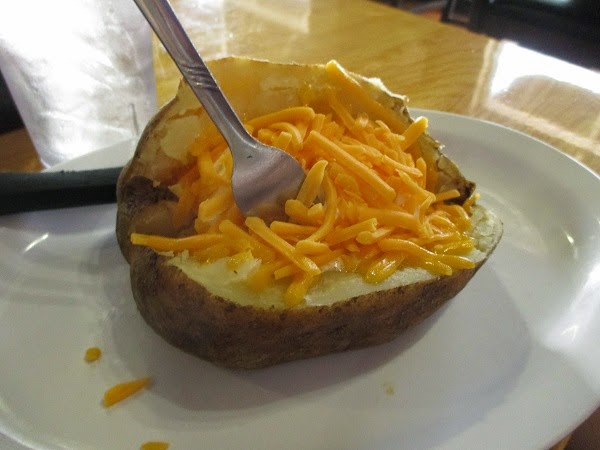 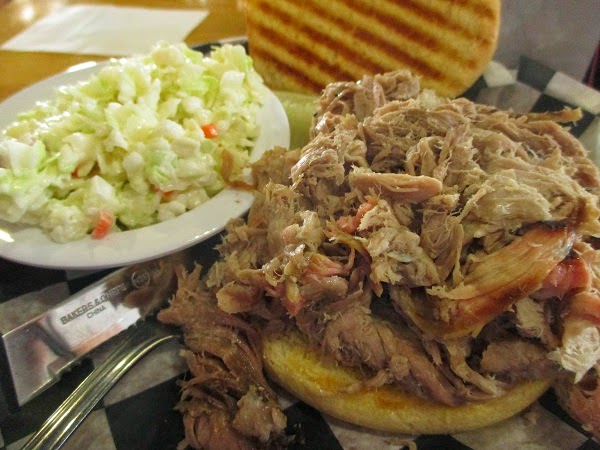 They do barbecue, and do it pretty well, but what owner David Barclay and his team are shooting for is better-than-average casual American classics like meat loaf and burgers, and, design-wise, the use of iconic Hollywood stars fits pretty comfortably into that. The quirky menu and look seems like an eccentric choice for the same Wal-Mart / Dollar Tree / Shoe Show / Cato plaza that you see in every town. On the other hand, it’s really great to see a locally-owned business here instead of another chain.

Unfortunately, none of the people working at the time could tell me much of anything about the barbecue, only that it is prepared off-site (at the Rainsville store?) and brought in daily where it is kept warm. There’s a standard, and pretty good, regional sweet-ish brown tomato-based sauce on the table, but guests should definitely ask for the much better hot sauce and the much, much better white sauce, which is very tasty and really mixes well with the pork. The white sauce, incidentally, is included on the Bama Cheesesteak, about which the blogger DoWhat, linked below, wrote a couple of years ago. It’s pulled pork and brisket with grilled vegetables and a whole lot of white sauce. That sounds terrific, but we like to keep our initial barbecue experiences a little simpler and so we missed out on it this time. Perhaps we’ll order that at the Rainsville location one day. 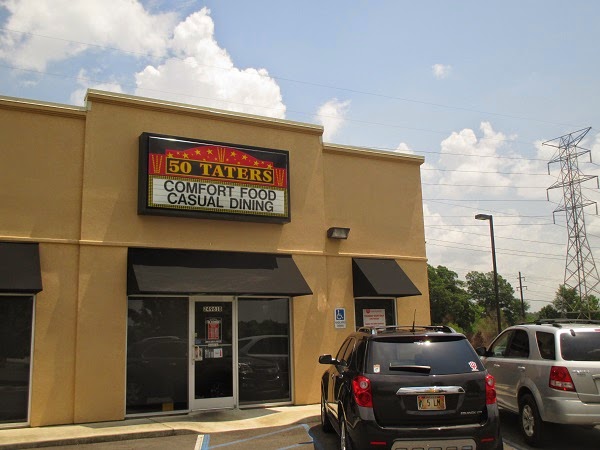 We had originally planned to go to Chattanooga after this stop, but we took a long detour to Fort Payne first. I’m very glad that we did, because it gave us another chance to drive across the soon-to-be-closed B.B. Comer Bridge. 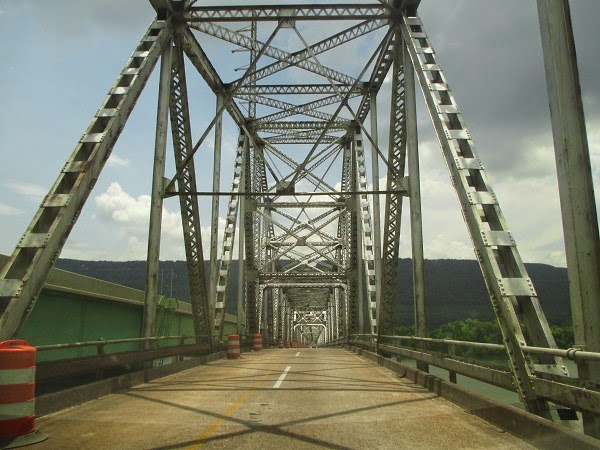 This beautiful bridge, which takes traffic on AL-35 east from Scottsboro to Sand Mountain over the Tennessee River, is slated for demolition next year, as work continues on two new spans. For a couple of years now, westbound traffic has used lanes on the new bridges. There’s a community group that’s trying to preserve the Comer Bridge for pedestrians and bicycles and we really hope that they succeed. The bridge is completely beautiful and it would be awful to see it demolished.