During Grant’s late night insomnia periods, he’s often surfing food blogs and sending me far more recipes than we’ll ever have the chance to try. One Sunday morning, I woke to find this one in my inbox and it sounded so interesting that we tried it that evening. It’s from a blog called Vittles and Voyages and it was very good! 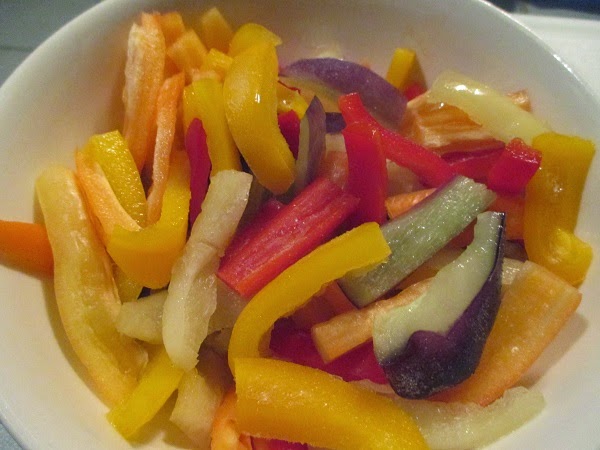 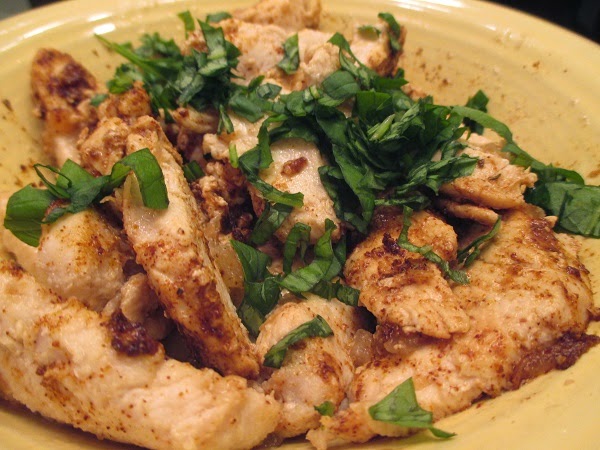 This is the original recipe with my annotations and changes: 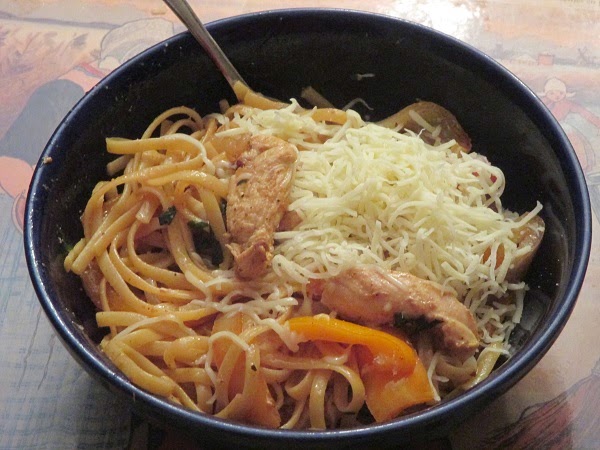 The original recipe called for roasting fresh peppers, but as I had approximately 4 pounds of sliced sweet peppers in the freezer I used frozen pepper slices instead. They turned out quite well and make the recipe less complicated, as well as adding less heat into the kitchen. In the winter, of course, the heat would be more welcome and fresh peppers might need the extra kick from roasting as they would have been shipped from farther away.

I put 2 tbsp oil into a large saucepan on medium-high heat and a pot of water on another burner to start heating for the pasts. When the oil in the saucepan warmed, the onion went in. When the onion started to become translucent and just a little brown around the edges, I put in the garlic, stirred a few times, then added the chicken. When it was nearly cooked through I put the chicken aside in a bowl and added the Cajun and Hungarian spices and chopped basil, along with the salt and pepper. Next time I would double or triple the basil, or try fresh oregano in addition or instead. The the peppers went in; they were only stirred a couple of times. When some of them had seared at the edges I put the pan aside. At this point the pasta was done, so I pulled out 3/4 cup pasta water and drained the pasta while the saucepan went onto the high heat burner that the water had been on. Half of the pasta water went in to deglaze the pan as soon as it was hot.

Then I added the chicken to reheat for a minute, then the pasta and remaining water. I added some butter and another tbs or so of olive oil as well to make sure the noodles were thoroughly coated. A pinch or two of cheese over the top, and a little extra pepper if needed, and the dish was done. It was a reasonably quick and not too difficult dish. It could easily be doubled for guests or cut in half for a couple. The toddler eagerly gobbled down his portion and I am looking forward to my share of the leftovers.