Marie is so unpredictable. She says that she doesn’t care for Indian food, but she really, really enjoyed the Bangladeshi cuisine at Purnima. So I thought that I found a pretty interesting possibility to please her in Masti, which opened earlier this year in Toco Hills, in the space vacated by Osteria Cibo Rustica, and advertises that it’s “fun” Indian.

Now. Atlanta, as I’ve mentioned a time or ten, used to be dominated by “tuxedo-n-curry”-style Indian restaurants, but in the last couple of years, we’ve seen several newer places that are more casual and emphasize “street food” rather than cloth napkins. Masti is one of these, and they offer several things that the older, slightly more upscale joints would never have considered, like hot dogs, dumplings, and quesadillas. Traditionalists need not apply. Masti is playful, silly, weird, and very, very different. It also isn’t really all that good, but I appreciate their desire to do things their own way. 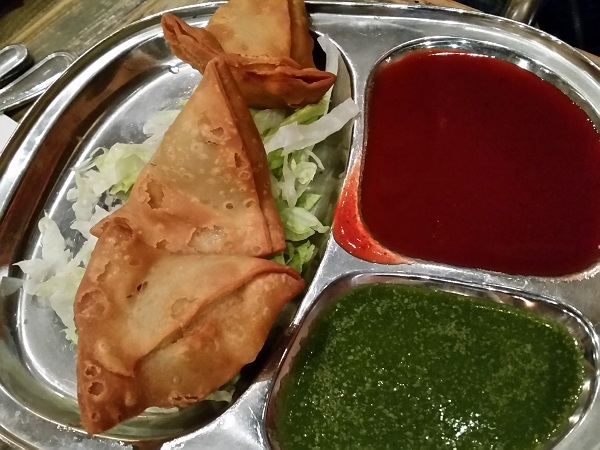 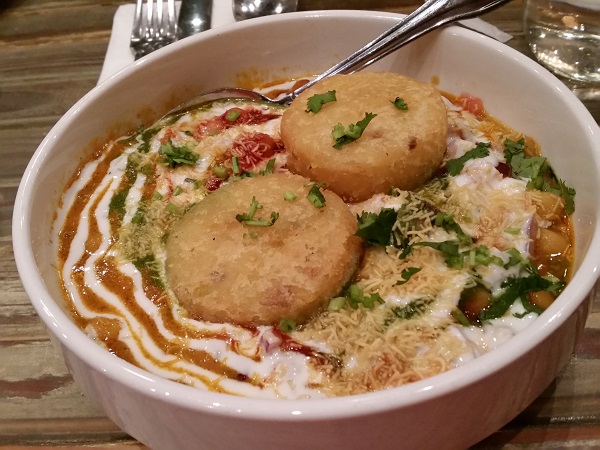 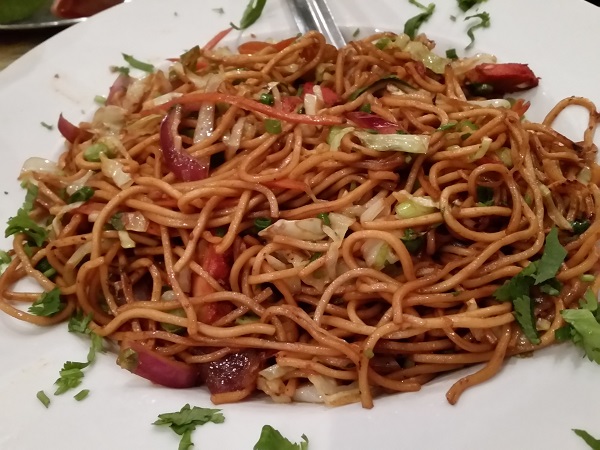 Last month, we visited with our friends from Spatialdrift, who wrote about it six months ago. They believe that doing the “fun” things is the best way to experience Masti; their traditional Indian dishes are not as tasty as the American-fusion ones. And American doesn’t just mean hot dogs, although Adam did order those, but also things like the Deconstructed Aloo Tikki Chat (second photo above), which is the sort of description you’d expect from a Richard Blais menu. Everything that we tried was at least a little bit flavorful, but nothing was at all spicy, and honestly just very tame across the board. 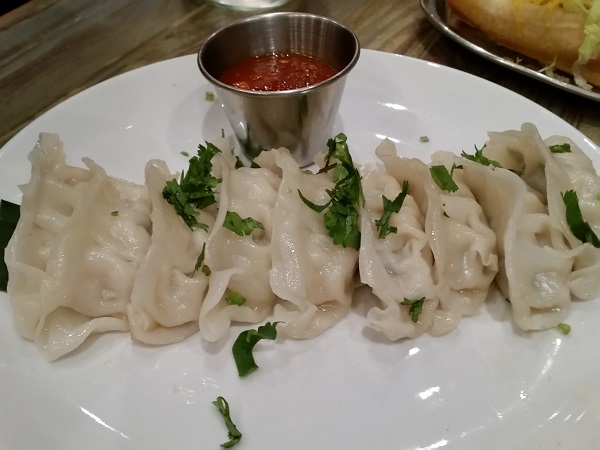 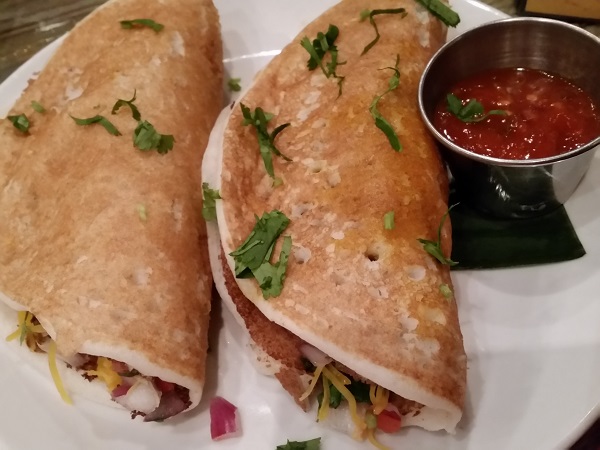 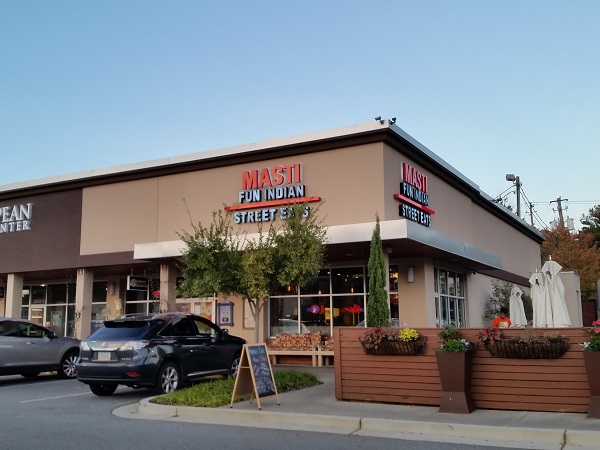 I also had the keema tacos, which are served in an utthapam “shell.” Again, the flavors were interesting, if not thrilling, but I really didn’t like the pancake. It began disintegrating almost immediately, and scooping a little hot sauce in to pep up the flavors made it even worse. Filling a crispy taco shell would have been much better.

The place was packed, and the service was sloppy. At least five different people helped serve our table. Checks were hours in coming as people milled by the door waiting for seats. I like the idea of Masti, and indeed any place that thumbs its nose at tradition with a cheeky grin, but I’d honestly rather revisit just about any other Indian restaurant in Atlanta than come back here again. It’s fun, sure, but it’s not great.

Other blog posts about Masti: