This is Marie, contributing a recipe I tried out because I just didn’t want to make spaghetti again (for once). Thursday is our Pasta Night, and the overwhelming majority of the time we have red sauce with sausage and rotini. Although it’s usually comfort food, I found myself suddenly and inexplicably underwhelmed by this prospect.

I saw this recipe while noodling around online while waiting for lunchtime on a slow day at work: http://www.epicurious.com/recipes/food/views/chicken-lo-mein-with-ginger-mushrooms-388609 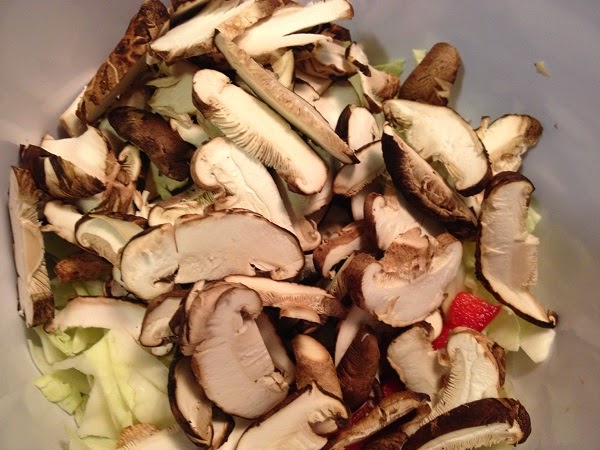 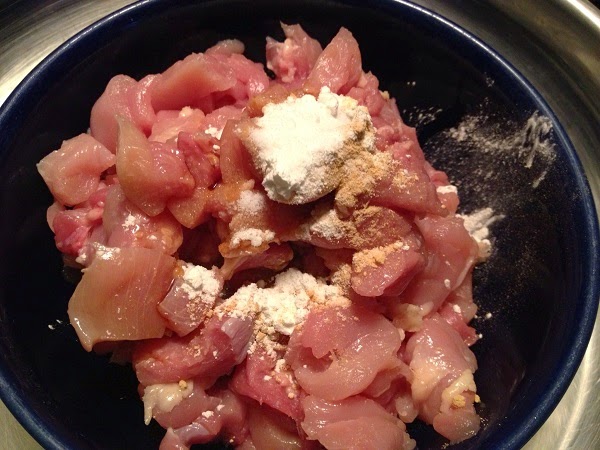 As soon as lunchtime rolled around, I popped straight over to the much-appreciated Buford Highway Farmer’s Market and got some veggies, the special noodles, and some mushrooms. For the non-local folks, this store is wonderful because you can get just about anything you want for a recipe, because they stock just about every strange ingredient you might call for. Also, the produce is so varied and you can get just the amount of anything you want without having to buy a huge package of something that might not get used up. You may notice I added some red pepper slices; the recipe looked like it needed something bright.

So I hauled out the wok which only sees the light of day about once a year (I got it when I went through a long-vanished kick of making fried rice for myself all the time – it has languished since). 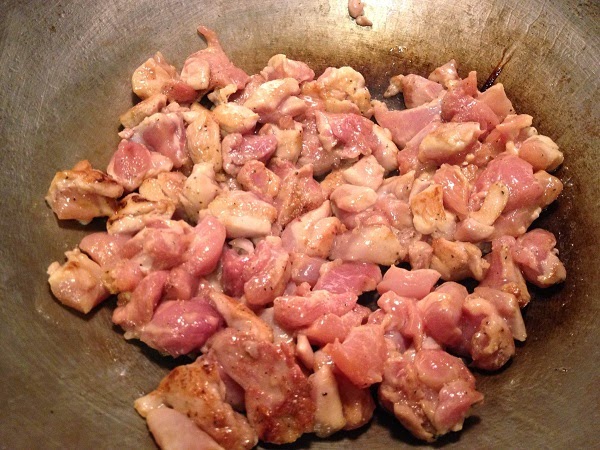 The noodles came with a flavor packet and a packet of dried vegetables which were put aside, because what I bought was essentially a ramen kit with fresh noodles instead of the dried square you usually get as the regular grocery store. I was able to use some for a later lunch and can vouch that this stuff is far superior. It needs fresh veggies, though. 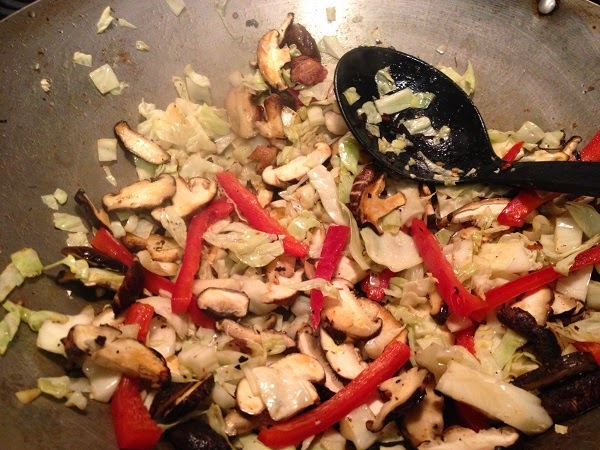 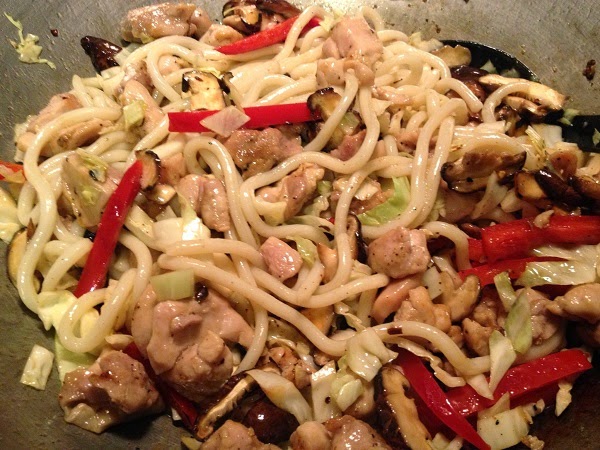 All the veggies went together into one bowl and the chicken into another, tossed with the spices. I used thigh meat because dark doesn’t dry out as much or as fast as white meat does, and it had been a while since I used the wok.The veggies sauteed while the chicken rested in the spices. I think it would go well with shrimp or pork too. The noodles went into some boiling water to revive and warm up, then were tossed in some sesame oil. Don’t forget the part where they need to be rinsed. I didn’t feel like getting peanut oil specially for this recipe and just used some plain vegetable oil instead. Aside from adding the sweet peppers and subbing sweet onion for scallions, I followed the recipe pretty closely. The only major change was using sherry vinegar instead of sherry; we like vinegar and it worked out well.

Let me know if you try it and how yours turned out!

One thought on “Ginger Noodle Stir-Fry”