This is Marie, contributing an article about a batch of enchiladas I made recently. The girlchild loves enchiladas, so I though I’d please her by making them.

The recipe called for regular red sauce, but there was a sale on the green sauce and it struck my fancy anyway, so they were subbed in; as a result, it seemed a bit too green to use the green onion garnish called for in the recipe so that led to using diced tomatoes instead, which taste better anyway. Also, I felt in the mood for red pepper slices so they went in as well (with care to ensure that one of the enchilada rolls was bereft of them – to include them would be rather like an old friend of mine, when he was annoyed with someone we both knew, ordering him a pizza with onions on half, under the cheese, knowing he hated onions…)

Since I was playing rather fast and loose with the inspirational recipe, you may prefer to use what I actually produced, or stick to the original which looks pretty good. 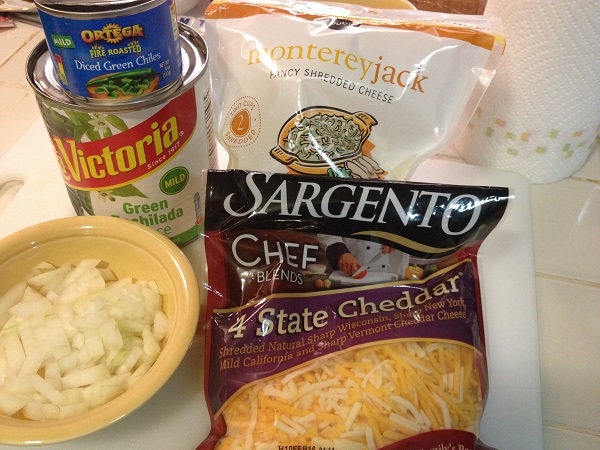 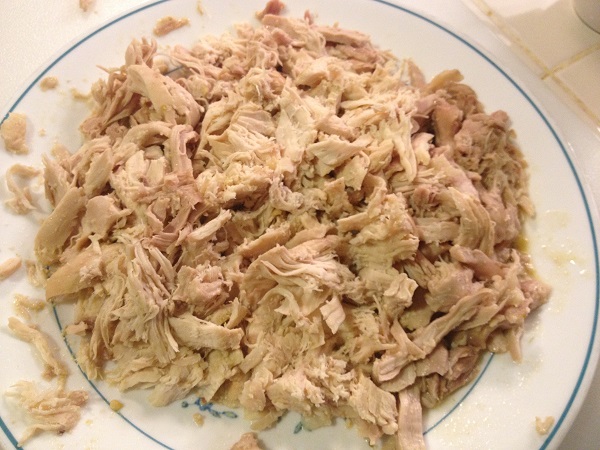 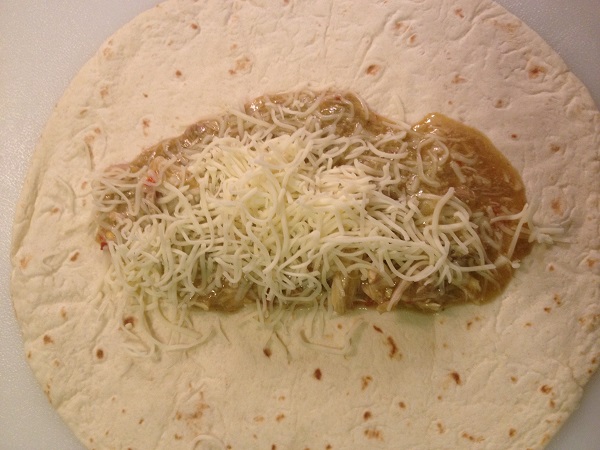 Here’s the recipe that inspired this (yes, I was in particularly cheesy mood at the time)
http://addapinch.com/cooking/chicken-enchiladas-recipe/

INGREDIENTS
6-8 boneless, skinless chicken thighs (or breasts, if preferred)
3 cups enchilada sauce (red in the original, green for mine)
½ medium onion, diced (I used less)
1 (4-ounce) can green chile peppers
8 (10-inch) corn or flour tortillas
12 ounces Monterrey Jack cheese, grated (the cheddar pictured was used in a separate batch because, silly me, I bought insufficient Monterey Jack for both batches and neglected to leave that out of the photo)
2 green onions, chopped (I used chopped tomatoes instead for the taste and color contrast)

INSTRUCTIONS
Spray slow cooker insert with non-stick cooking spray. Add chicken to slow cooker insert and pour2 cups of enchilada sauce over the chicken. Cook on High setting for 4 hours or low setting for 8 hours. Shred chicken with a fork in the enchilada sauce. Drain green chilis and add to the chicken along with the diced onion. Mix well to combine.
Preheat oven to 350º F.
Spray a 9×13 baking dish with non-stick cooking spray.
Spoon chicken mixture into the center of each flour tortilla. Top with about ½ cup grated cheese and fold two ends of tortilla over the filled center. Place the tortilla seam side down into the baking dish. Repeat until all tortillas have been filled.
Pour remaining enchilada sauce over the assembled tortillas. Top with grated cheese. Place in oven and bake for about 20 minutes, until cheese has melted thoroughly and has become bubbly.
Garnish with green onions or cilantro, if desired. (or chopped tomato if using the green version; sun-dried tomatoes would probably be even better) 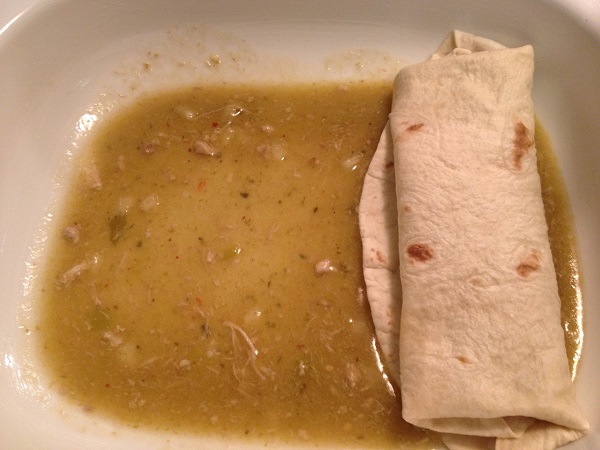 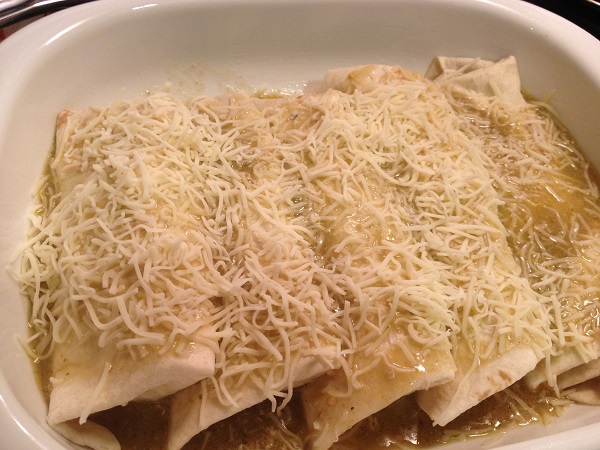 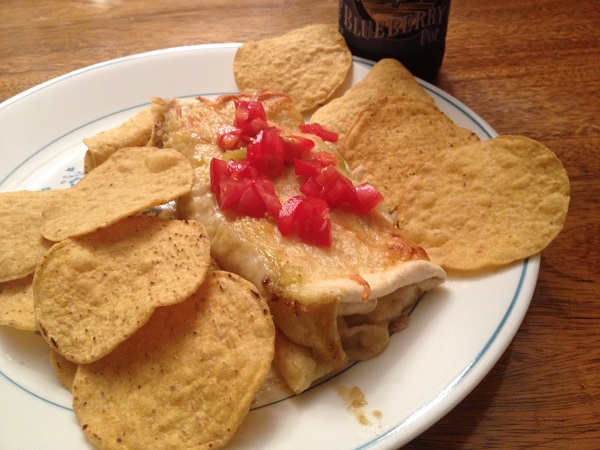 I put the chicken – three thighs and a breast split in half – with about half of the sauce, the can of green chile peppers, the chopped onions, and the red pepper slices into a slow cooker, set it on high, and forgot about it for several hours. Isn’t that the best kind of recipe? When the chicken was cooked through it was shredded with two forks, then added back into the sauce to soak up the flavor. Meanwhile the oven had been preheating. I poured some of the reserved sauce into the bottom of a baking dish to prevent the tortillas from sticking to the bottom.

Each tortilla got a couple of generous spoonfuls of the chicken and sauce mixture (note that the red pepper slices were starting to disintegrate by that point, which I was all in favor of except that it was a bit of a challenge to ensure that one of the enchiladas was red-free) then I sprinkled on a bit of cheese, rolled the tortilla up, tucked in the ends, and stacked each into the baking dish. As you can see, I didn’t do a great job of rolling them tightly; practice makes perfect, perhaps. The rest of the green sauce was poured over the top and the whole was covered with cheese, then baked.

Note: I think the original recipe had some black pepper grated over the top that wasn’t mentioned, but I didn’t use any because it didn’t seem necessary.