In Alabama, specifically in Birmingham, there is of course a long tradition of hot dog joints started in the early 20th Century by Greek immigrants, and often today run by their descendants. The Southern Foodways Alliance made a fun little thirteen-minute documentary called Hot Dog-opolis that you can watch on Vimeo about this small addition to the overall culture of food in the southeast.

But it wasn’t only Greeks who came to the southeast and started selling dogs. Charlie Joseph Maloof immigrated to the US from Lebanon in the late 1900s, and, in 1920, opened a wonderful little place on Bull Street in LaGrange. To put that into perspective, the oldest existing restaurant in Atlanta is Atkins Park Tavern, which opened two years later. LaGrange is a small city of 25,000 in central Georgia about an hour away each from Montgomery, Columbus, and Atlanta. 92 years later, his restaurant is owned by Joey Keeth. Maloof was his uncle’s grandfather. How could you not love a place that has stayed in family hands for almost a century? 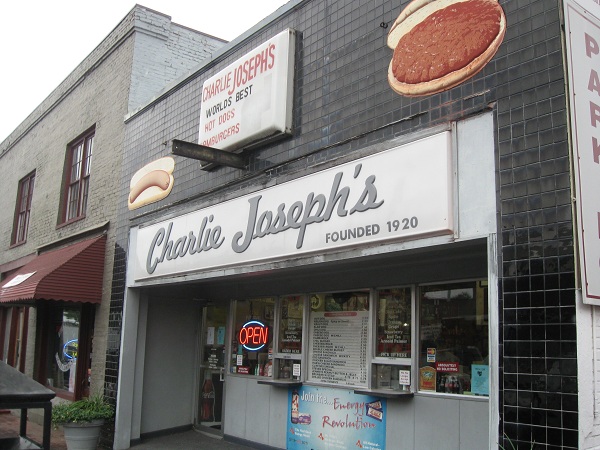 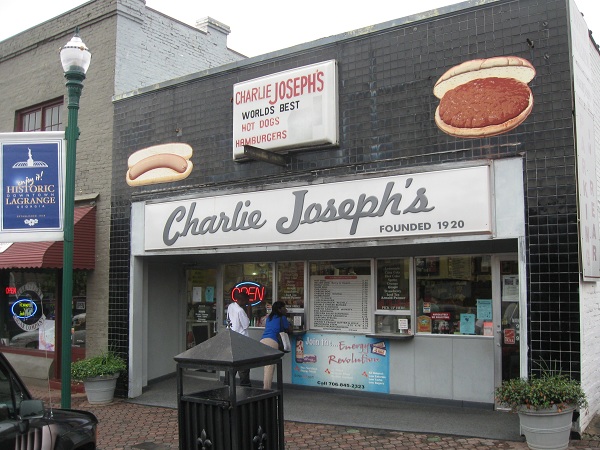 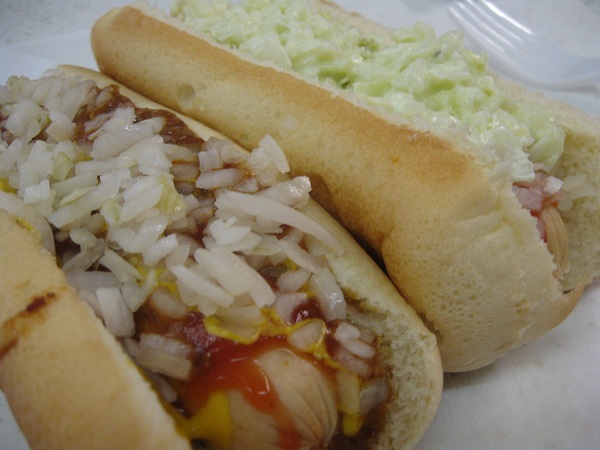 This is really a good place to visit to soak up the atmosphere and enjoy conversations with the locals. They use Ziegler’s beef and pork franks here, as do many Alabama restaurants. They’re enhanced significantly by the very good homemade toppings. I had one slaw dog and one chili, each with ketchup, mustard and onions, and they were both really tasty.

The interior, which was photographed much, much better by Chopped Onion on his visit – see the link below – is a kaleidoscope of old bric-a-brac and Coca-Cola advertising. It was, of course, Chopped Onion that brought this wonderful place to my attention, as has been the case with several other old restaurants, and it did not disappoint. I like the way the interior is laid out. There are outside ordering windows, and inside seating at a large counter that wraps around the prep area, and a handful of small tables against the walls. I really don’t imagine that the tables get much play except as overflow during the busy lunchtime crunch during the week. This is definitely a joint to find space at the counter and enjoy the history and the news and speak with the friendly and good-natured staff. It’s an absolutely great little place full of history and warmth, and certainly worth the detour for anybody traveling the I-85 corridor.

Other blog posts about Charlie Joseph’s:

Hey! This is our 550th chapter! And we have so many more to come. Thank you for reading!