I celebrated the start of the college football season by listening to most of the first quarter of the Dawgs game, and most of the fourth. I had some business in Atlanta that afternoon, but had time enough available to grab a small pizza somewhere around Briarcliff or Clairmont. I settled on Shorty’s, which is hidden in an invisible strip mall behind the Longhorn Steakhouse that’s across the street from Toco Hills. I’ve been on this stretch of North Druid Hills better than a hundred times, easy, and I had no idea there was a strip mall there.

I’m surprised that this place has stayed off my radar for so long, because it is really neat. The pizza that I ordered was very good, and I love how deep the menu goes, with something like two dozen specialty pizzas, all named after rock stars, for every flavor and taste, from vegan to exclusively carnivore. I was tempted by the “Ravi Shankar” just for its thunderous eccentricity – cheeseless, with garlic, curry oil, roasted veggies and mint chutney – and also by the “Declan MacManus” – I forget what, other than potatoes, was on it; I just like Elvis Costello a lot – but I settled on a “Thin White Duke,” a white pie with onions, tomatoes, sausage and cilantro. 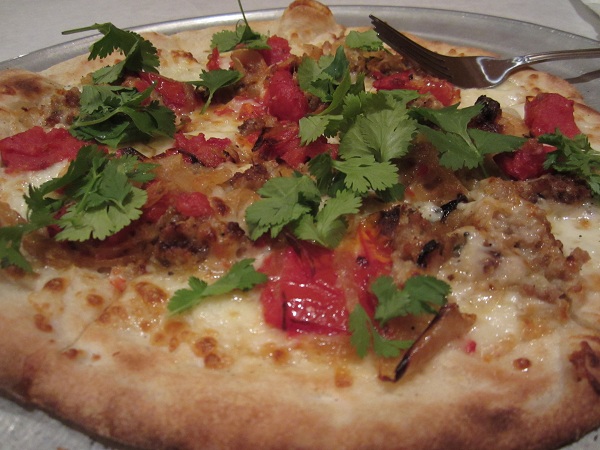 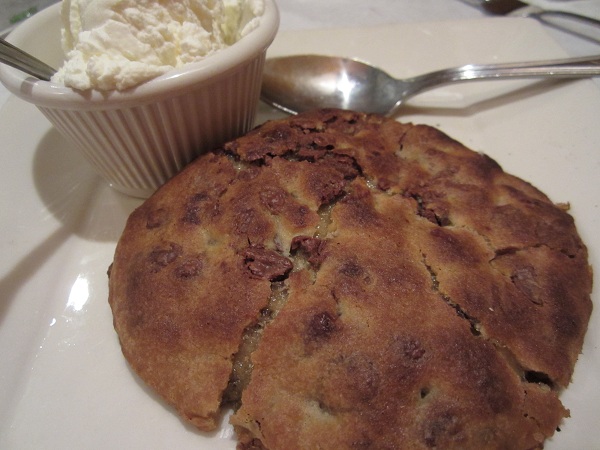 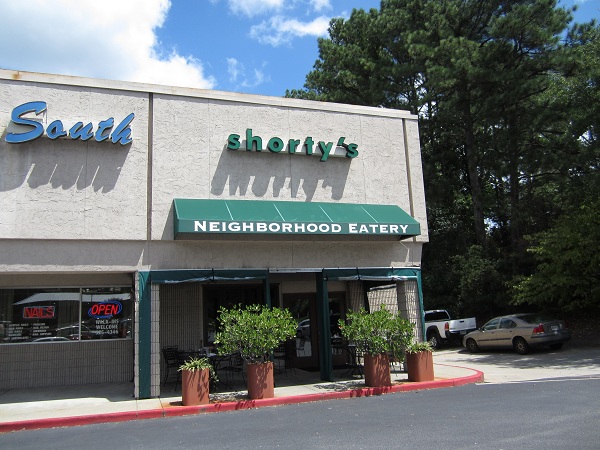 You know how, oftentimes, your brain will tell you things that your heart does not wish to hear? This was, firmly, a better pie than any that I have had, ever, at Fellini’s, the venerable Atlanta chain that I love more than perhaps I should. Everything tasted fresh and correctly balanced. The pie was cooked perfectly – over wood, in a brick oven – and had just a hint of crispness and char to its very thin crust. They do not offer pizza by the slice, but a small pizza is big enough for a large lunch.

While the pizza was really good, I think that the dessert was even better. I treated myself to a big chocolate chip cookie, baked in the brick oven and served with a cup of whipped cream. Poor Marie; she was down at Dragon*Con visiting with out-of-town friends and family and stalking one of her favorite actors, while I was enjoying this fantastic dessert, hearing the Bulldogs win, spending time with the teenage girlchild, and getting ready for the season premiere of Doctor Who. She enjoyed her day just fine, but not as much as I did my own.

Other blog posts about Shorty’s: