A couple of months ago, we got an email from a small pasta sauce company based in Raleigh. They suggested that we think about giving their sauce a try sometime, and I said that I’d keep an eye out for it. It took a few weeks before the road took me by a Whole Foods that carried it, but I am glad that it did. I really liked this a lot, and think that we will pick up some more sometime.

Monday is usually pasta night at our house, and Marie typically cooks using one of two brands, Del Grosso or Gia Russa. If you check the ingredients of either of these, you’ll find no artificial preservatives or chemicals. They cost a little more than the larger national brands, but they taste so much better. Nello’s Sauce is also all-natural and tastes every bit as good, plus it’s from here in the south. Nello’s owner, Neal McTighe, is an adjunct professor of Italian at Raleigh’s Meredith College but this has become his full-time job. If this keeps up, he’ll have no time to teach! 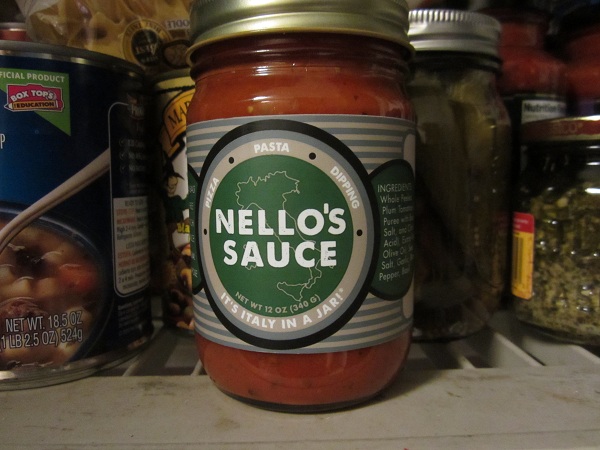 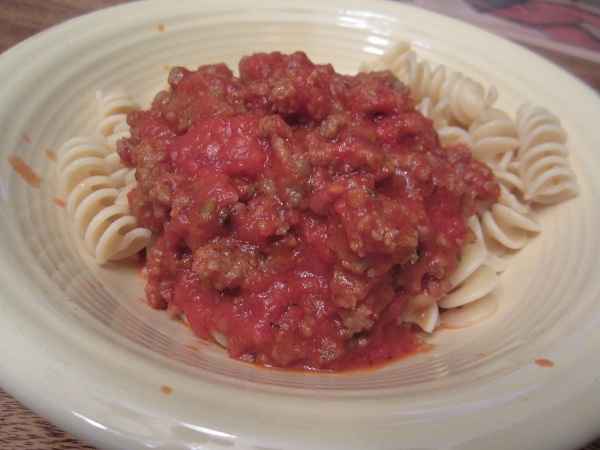 McTighe told me that he moved to North Carolina from New Jersey in 2004 to work on his doctorate, and fell in love with the state and with a local girl, who married him intent on fixing his “northern ways.” Fortunately, his Italian-American heritage is exempt from her fixing. His sauce is inspired by the “gravy” mixed up by his great-grandmother Angelina, and he started his company in 2010. It was initially sold in some Raleigh stores like the Weaver Street Market, the Raleigh Wine Shop, and Foster’s Market. Whole Foods picked it up in the summer of 2011 for larger distribution throughout the southeast.

We have not had the opportunity to visit Raleigh since we started the blog. I’ve been only once, and that was… oh. A really, really long time ago. Perhaps, should we move to North Carolina, we’ll be able to make the trip a little more cost-effectively than we could from Atlanta.

Anyway, Marie mixed in some spicy sausage and left whatever herbs or seasonings that she typically uses on Monday evenings on the shelf so that we could get a better feel for Nello’s flavor. We found the sauce to be mild, perhaps just a little thinner than I was expecting, and very pleasantly sweet. Best of all, it was much less salty than red sauces often are; overall, this stuff got the balance just right and made for a fine meal.

Not every Whole Foods stocks Nello’s just yet, but in Atlanta, you can currently pick up jars at the stores on Ponce and in Sandy Springs and Marietta. It’s comparably priced to premium sauces in supermarkets and makes for a very good supper, so we think you should check them out.