Nashville does not have a reputation as a barbecue destination, but a few years back, a competition team called Ulika BBQ decided to document the slow-smoking traditions of middle Tennessee and prove the world a little wrong. I ran across their very lengthy investigation, “Exploring Nashville Barbecue,” a couple of years ago when I was looking for additional information about Slick Pig in Murfreesboro. Fascinated, I have reread the whole shebang six or seven times. It is becoming a little less accurate as time goes on – the bulk of it was written six years ago – but it’s just remarkably entertaining and full of detail. You could cover hot chicken in Nashville over one indulgent weekend. Barbecue would take a lot more work. They have also covered Memphis, and done a fine job, but dozens of people have done Memphis barbecue fairly well. Nobody else has put in the work that they’ve done for Nashville.

In part because I wanted to visit at least one barbecue place that mostly flies under Nashvillians’ radar, and in part because we did not come home from our South Carolina trip with a new barbecue joint from that state, I really wanted to fit in a second taste of barbecue for the big ole list. Maybe there was one that was open very late, for an after-dinner snack? We were in luck. Mary’s, which is located in North Nashville near the bridge over I-40 and I-65, is open until midnight. For a couple of decades, they stayed open until two. 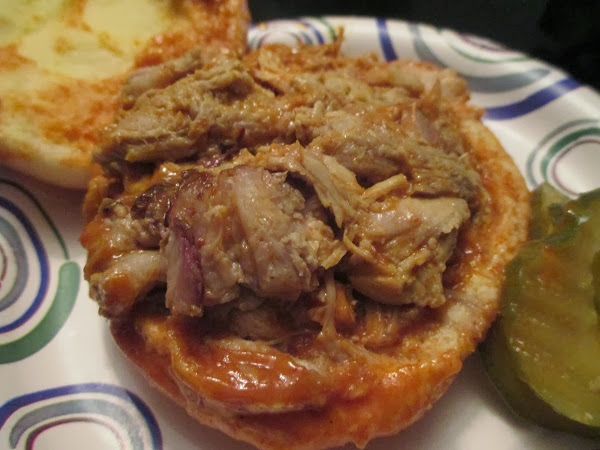 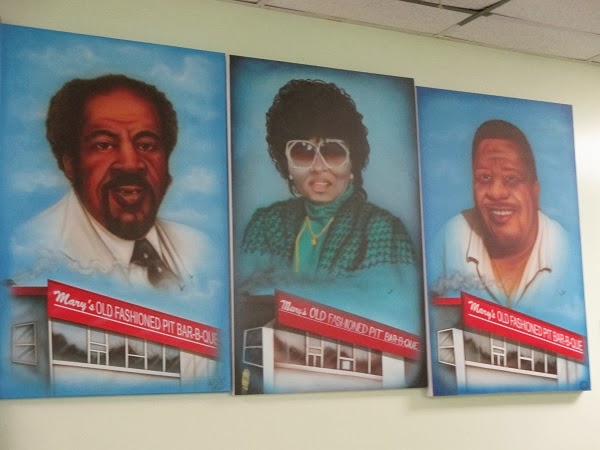 After we had dinner at Rosepepper, Marie drove the children and Tory back to Tory’s house, and Brooke drove me to Mary’s to pick up a pair of sandwiches. Brooke and I haven’t had the chance to spend any time together in ages and ages, but we apparently still act like an old married couple. I asked the woman at Mary’s for two sandwiches, and she asked “Hot or mild?” I said something like, “Better make mine hot and my wife’s mild. She can be kind of picky.” The woman apparently raised a bemused eyebrow at Brooke, which I missed. “She thinks we’re married,” Brooke said. I replied, “Oh? Oh! Ma’am, she’s not my wife, although she can be real picky, too.” 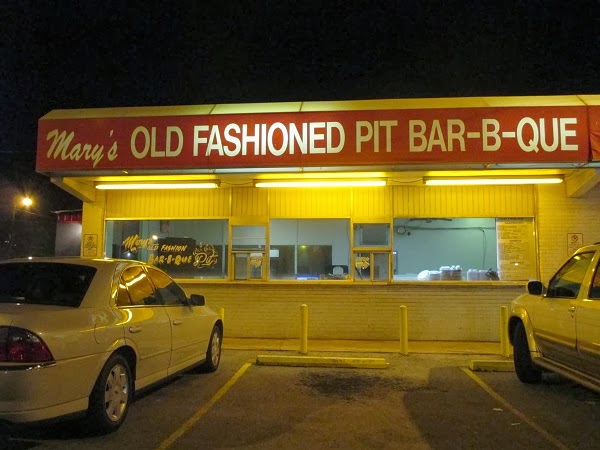 Marie got a good giggle over the story when I brought the food back to Tory’s. Like most people in this neighborhood, I got the food to go. Ulika notes seven barbecue restaurants in this neighborhood in 2008, all but two carry-out only. Mary’s expanded and added some interior seating a few years ago, but apparently few people ever use it. The other people who were there ahead of us were taking theirs home as well.

The meat is very tender and the sauce is completely, life-affirmingly, amazing. It’s a mustard-based sauce, with a little vinegar, pepper, and ketchup. The hot sauce has a whole lot of pepper. Where I was disappointed in the spice level at Hattie B’s earlier in the day, I was very happy with this. The mild brought tears to Marie’s eyes. “If this is mild, then that must be volcanic,” she coughed. As I slowed down, I wondered whether I was just plain full after four meals in a day or whether the hot sauce was too much to manage. I finished every bite regardless; it was too darn good to leave a crumb behind.