There was a lot more to do and see in the Shoals than merely eat!

Here are some other things that we enjoyed doing, even though these first two pictures, in the cold light of day, are pretty useless. Why am I sharing these? 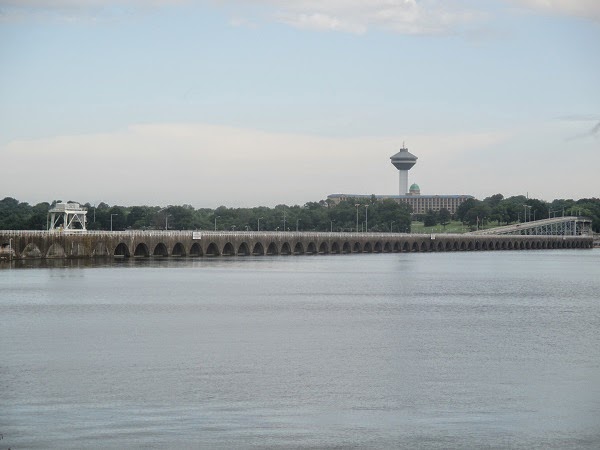 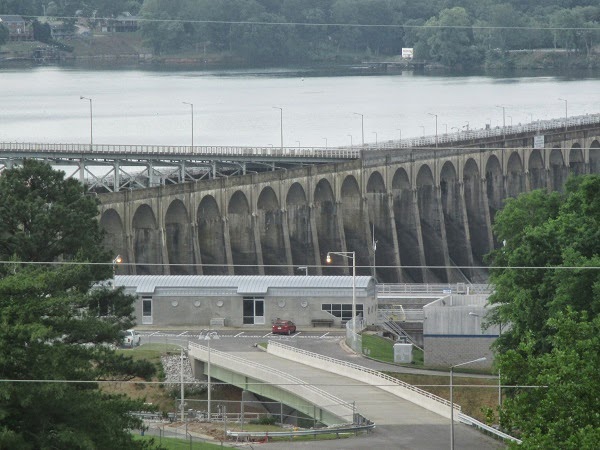 One of the high points was driving across the amazing Wilson Dam, built by the TVA during the Depression. It’s completely amazing. If you have any eye for architecture, you need to see this, and the power station on the south side of the river. The top shot is from the south, looking across to our hotel, the Marriott. The big weird tower that you see is the 360 Grille, a fancy revolving restaurant that slowly turns in a circle while guests dine. The second shot is from our room’s balcony. Neither photo does the dam itself any kind of justice at all, but I hope they should catch your attention. Below, part of the terrific playground just outside the hotel’s grounds, at River Heritage Park. Your kids will love it. 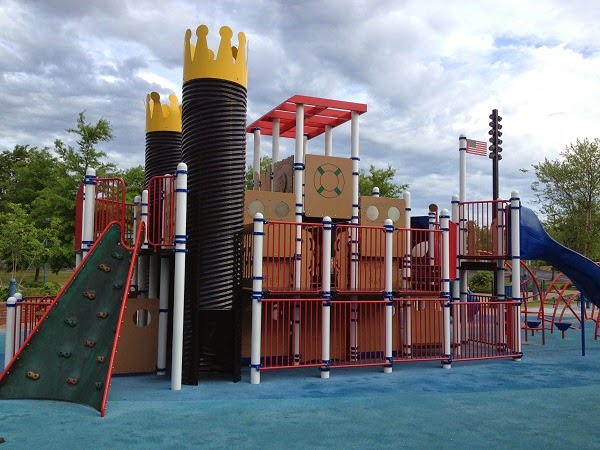 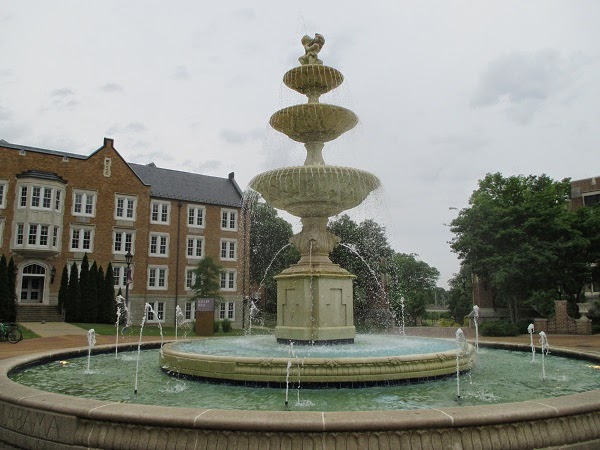 My daughter fell in love with the campus of The University of North Alabama, where this beautiful fountain can be found. I took a short research break on Friday afternoon and drove over to visit the Collier Library. There, I learned to my great surprise that the school keeps live mascots. 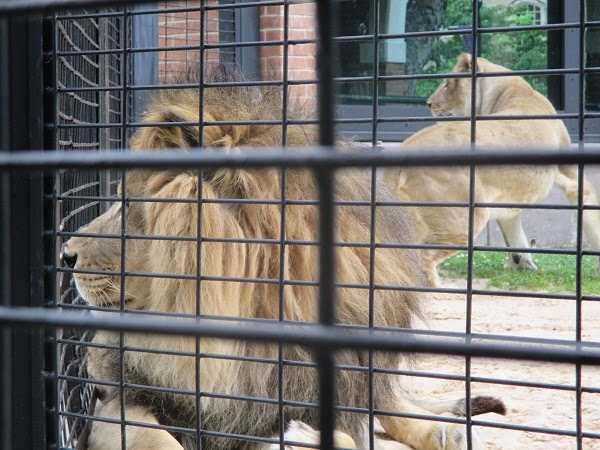 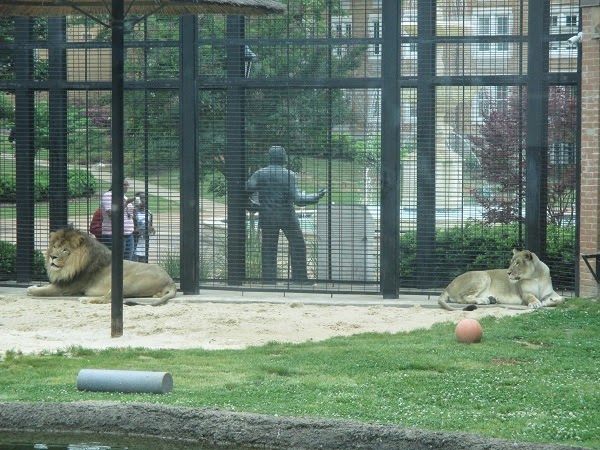 These two, brother and sister, have a wonderful sanctuary and a regular stream of quiet guests. Startled the heck out of me, I don’t mind saying, as I walked from the visitor lot and saw a live lion staring at me. They’re pretty well used to the sound of people, but in the top shot, their attention is being caught by a skateboardist rolling across the fountain plaza. I also got to see the female bolt across her pad to try and catch a bird that had been foolish enough to land. Since most of the time, a trip to see exotic animals results in you patiently waiting for something to happen while they sleep or eat, that was pretty amazing. 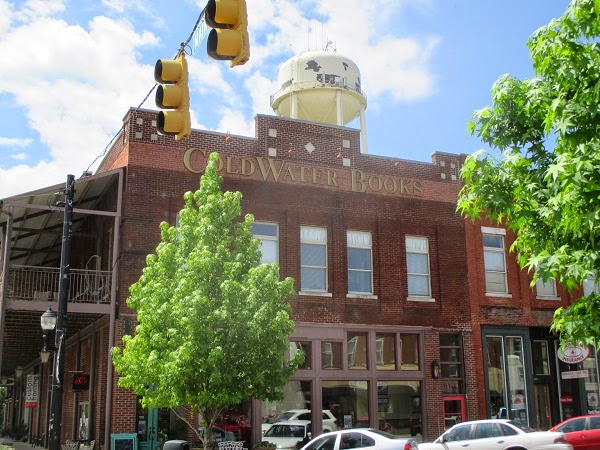 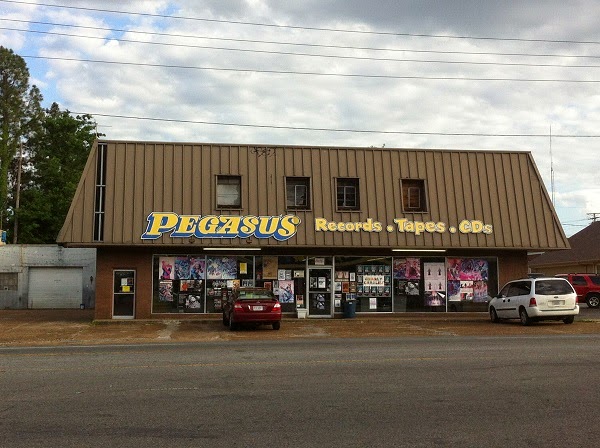 As far as shopping in the Shoals goes, you’ve got at least a few good choices. Coldwater Books is in the town of Tuscumbia (along with several clothing stores and an ice cream parlor) and while they don’t keep a very deep inventory, they have a very well-chosen selection, and quite a few shelves by regional authors. Pegasus Records is a very, very good record store in Florence which also pays attention to and stocks music by local acts, the best known of whom, lately, is probably Jason Isbell. They appear to also be the only comic shop in the area. Mostly superhero stuff, but I was pleased to see they have the American editions of the Judge Dredd Case Files phonebooks. My daughter, who’s never previously been interested in record stores, was also very taken with this place, and the gears in her head started grinding, considering her future. She enjoyed looking through the vinyl, and asked, since I never use my record player these days, whether I could set it up in her bedroom when we got home. Hope for that kid yet, I think. 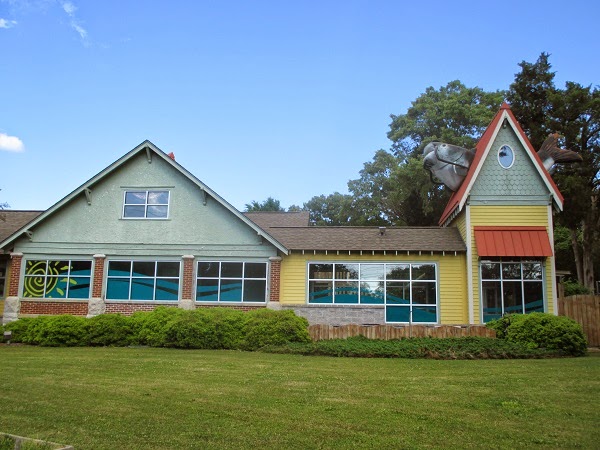 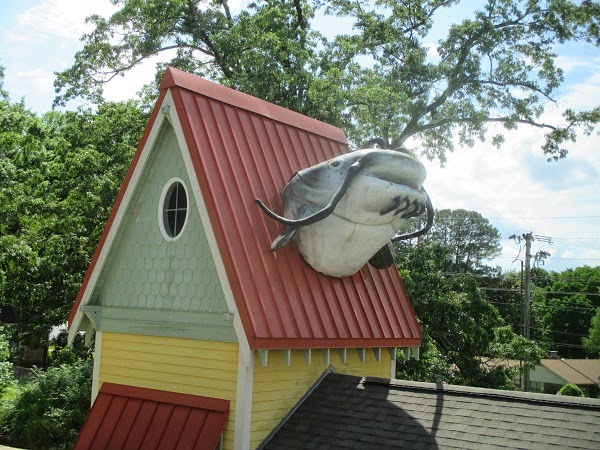 Yes, that’s a catfish rammed through the tower at The Children’s Museum of the Shoals. Not a bad little Baby Mercy Break, really. 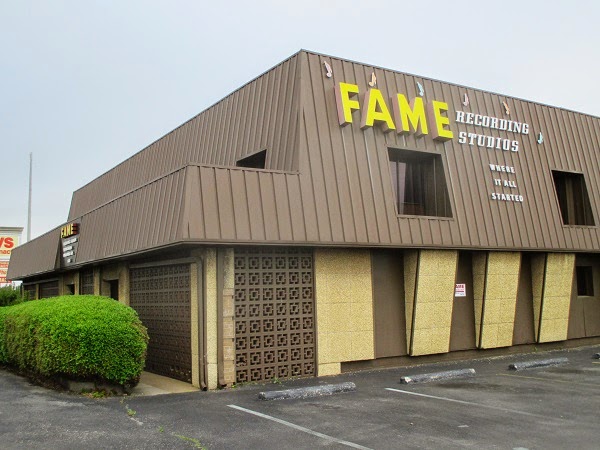 FAME Recording Studios in Muscle Shoals is one of at least three historically important studios in the Quad Cities. They give tours here, where you can see where Otis Redding, Aretha Franklin, Wilson Pickett, and of course Isbell and the Drive-By Truckers have recorded. There’s also the Muscle Shoals Sound Studio, both the newer location in Sheffield and the original facility at 3614 Jackson Highway (you know, that Cher album, right?) which is also occasionally open for tours. You can learn much more about the city’s amazing musical history in last year’s documentary film Muscle Shoals.

There’s probably a lot more to check out here as well. I understand there’s a waterfall somewhere, and a couple of used bookstores that we didn’t get to see. Perhaps one day, when the toddler requires a little less hands-on attention and we’ve invested in a better camera, we’ll go for a closer look at the dam, and the beautiful O’Neal Bridge.