I’m afraid that I unwittingly insulted the awesome Jeff Varasano when we visited for dinner one Sunday evening a couple of months ago. Marie and the three year-old and I were at Varasano’s Pizzeria along with Marie’s mother, enjoying some quite fantastic pies. Jeff was making the rounds, asking how people were enjoying things and doing Rubik’s Cubes in under thirty seconds. As party tricks go, that’s a pretty impressive one. I told Jeff how much I enjoyed that recent interview with Serious Eats, and then, because I got tongue-tied, I spittundled out something about Vingenzo’s, up in Woodstock, that sounded like I was saying Jeff’s pies were second-rate to those. Not so.

See, in the world of pizza – watch me just qualify the heck out of this – there are Neapolitan-style pies, and there are Neapolitan-like pies. The more traditional Neapolitan ones get scrutinized and judged by the high-falutin’ standards of the snobs at the AVPN – Associazione Verace Pizza Napoletana – and, often, people who want to bake their pies in this style will take courses and classes to get special accreditation before purchasing the snob-approved flour and the snob-approved tomatoes. I mock all the fol-de-rol, as often as possible, but freely admit that it usually results in an amazingly good pizza. There are some stunningly good Neapolitan pizzas in the Atlanta area, and I like Vingenzo’s better than any of them.

And then there’s Varasano’s, which came without any special training or approval. He just came up with a completely brilliant pie that ended up being a lot like a Neapolitan. They might not be quite as different as Texas-style beef brisket and Lexington-style pork shoulder, both trading under the name “barbecue,” but they’re certainly not the same thing So, if your social media team has forwarded this to you and you’re out there reading this, Jeff, please accept my apology for whatever confabumalation fumbled out of my mouth. There is no better pie in Atlanta than yours. If I’m in the mood for traditional Neapolitan, I’ll rather go to Vingenzo’s than any of their competitors, but Varasano’s has no competition. 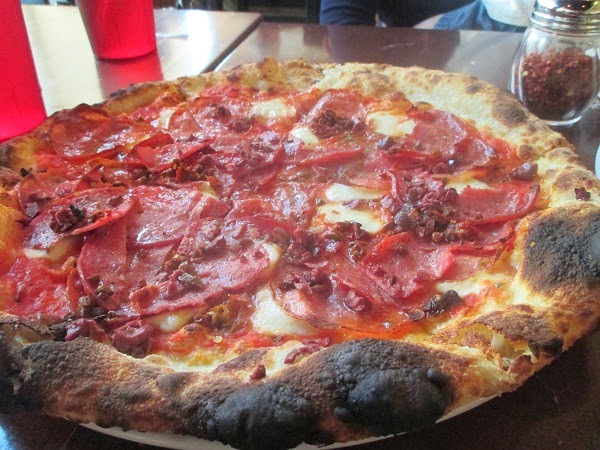 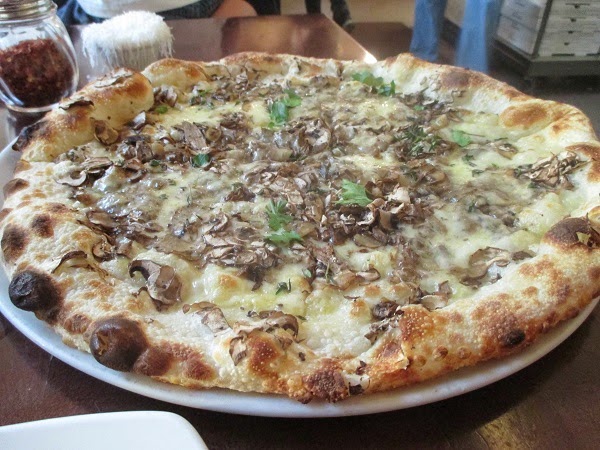 And strangely, this is true despite some very visible backlash. Varasano’s opened in 2009 to considerable hype and breathless praise from bloggers, hobbyists, and message board denizens. The old Atlanta Cuisine forums were particularly funny in this regard. I think that there was one post there that just said “Oh, the char! The char!” about sixteen times. By early 2011, Antico had opened and it was almost as though, collectively, everybody in the hobby looked at each other with the embarrassment of waking up hung over in Las Vegas with tattoos and wedding rings and discreetly averted eyes, pledging quietly never to act so ridiculous again.

As penance, everybody did time at Attica – I mean Antico – suffering through the grouchy service and lack of ice water and saying that maybe their pie was really where it was at. Anything to avoid being associated with how wildly they acted without parental supervision. Besides, there are often children at Varasano’s. Sometimes lots of children. Sometimes those children miss the meal entirely, sleeping on Mommy’s shoulder, and Daddy has to stop at a Fellini’s on Howell Mill for a meatball slice to go when the boy wakes up. And Antico’s good – in fact, it’s very good – but it’s no Varasano’s. 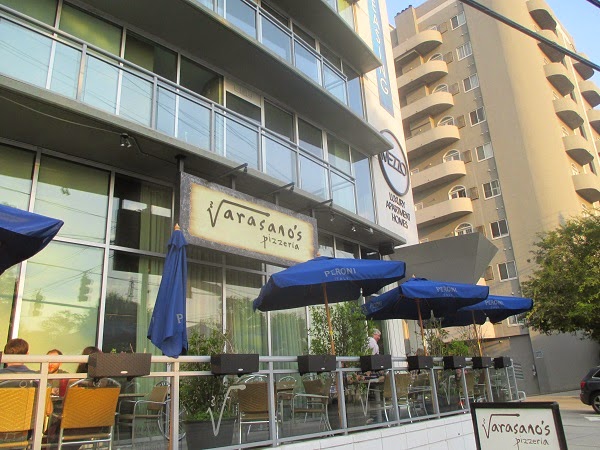 You see this backlash everywhere. Varasano’s is said to be not as good as it used to be. You see it at Roadfood.com and I see it in reader e-mails. Three different people told me in 2013 that Varasano’s has gone downhill. Not true. Categorically. The crust is thin but airy, the sauces are mild but packed with flavor. The meats and cheeses are completely wonderful and baked to perfection. We enjoyed a Salumi, with thinly-sliced meats and spicy olives, and a Fontina Mushroom, with, well, a fontina sauce and mushrooms with some herbs. They were fantastic. We had a terrific evening, and Varasano’s is still number one.

Other blog posts about Varasano’s: