This is Marie, contributing a Take Two on a restaurant Grant visited on his own last time. Well, he had our friend David with him, but naturally, of course, he would want his family along for the return visit. 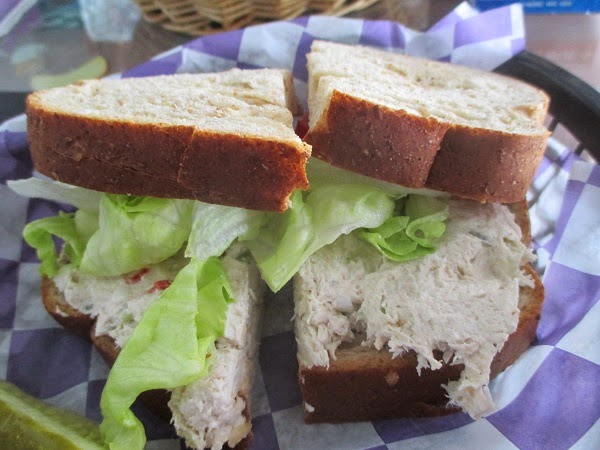 This is such a cute little place. It is indeed purple, and there is an ancient TV set by the cash register with a huge metal daisy nestled inside. We settled at a table with a glass top set on a steel drum that had a tiny beach diorama inside, decorated with shells and whatnot; the toddler was absolutely riveted for the 42 seconds or so that he can focus on anything, and after that he was fascinated by the coconut flamingoes for a like period of time, and so forth. The decor actually kept him fairly busy for quite a while before he asked for my phone to play video games. I learned later that the objects that are up on the walls were cobbled together from the owner’s childhood memories, which makes them even more endearing. 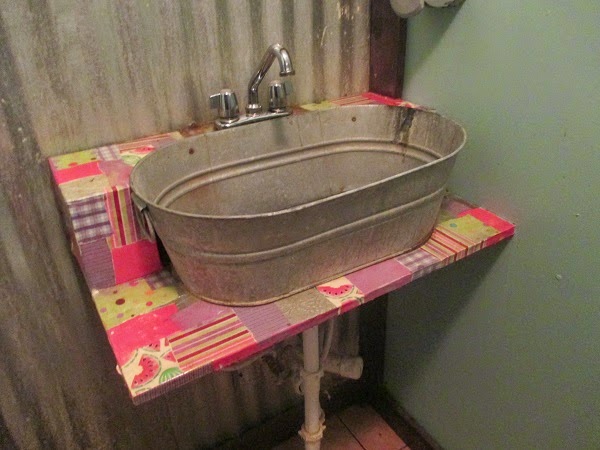 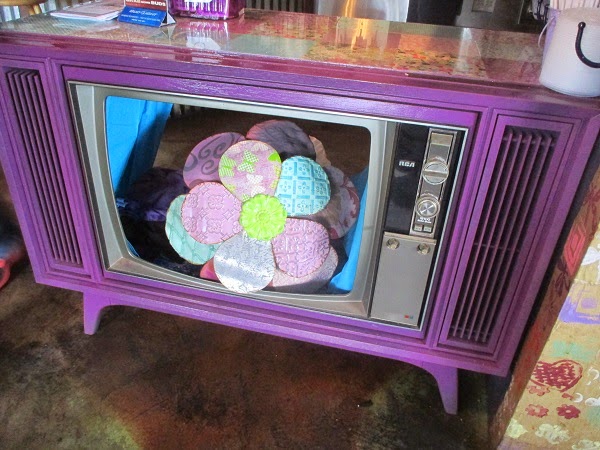 I had originally intended to have barbecue, but waffled at the last minute, taking the chicken salad sandwich instead, and was very happy with it. The sandwich was thick and flavorful and the bread tasted good. Sadly, it’s not the most beautiful sandwich in the world but in my experience beauty and taste are entirely independent variables. The toddler was blown away completely by the kool-aid pouch he got with his lunch and I don’t believe he had enough admiration left in him for making much of an effort to tackle the rest of his food. He nibbled some chips. 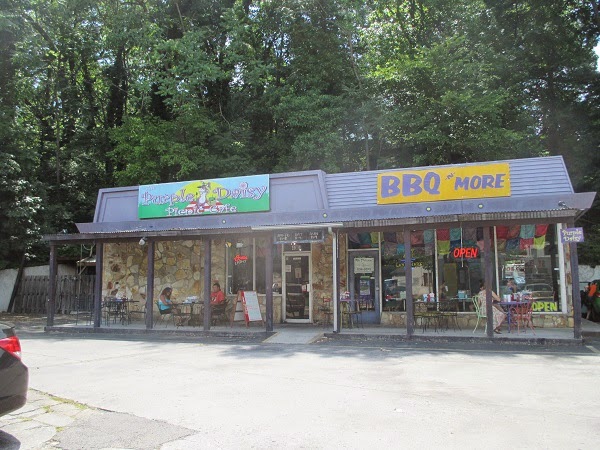 The girlchild tackled the “Alabama Dirt” pudding which, being even less photogenic than the sandwich, we didn’t even attempt to capture for our viewers. It’s got a really interesting custardy texture that makes me really want to try the banana pudding some time. They’ve won a prize for it, so surely it’s worth going back for! Plus, at some point we actually need to eat some of that smoked meat that we’ve somehow skipped both times. I am just such a fan of sandwiches…