This is Marie, contributing an article about marmalade. I love jams and have been buying up whatever looked good or interesting for a long time. I am especially interested in unusual varieties, like golden raspberry or heirloom strawberries. Naturally, that kind of thing costs $6 a jar or similarly eye-popping amounts, and sometimes requires shipping as well.

A decade or so ago, I decided to teach myself how to make jam. I relied on books from the library, and clearly I didn’t read them very carefully, because what I recall of that first jam-making experience meant I was a lucky dog because most of it was done wrong but it turned out anyway. But the jam made that first time turned out tasty enough that when I moved next I planted plum trees in my yard, and actually got a batch of jam out of those trees before moving. Well, technically AFTER moving, as the plums were picked and put in my car on my very last day at that house, so the actual jam-making was done in my new place. 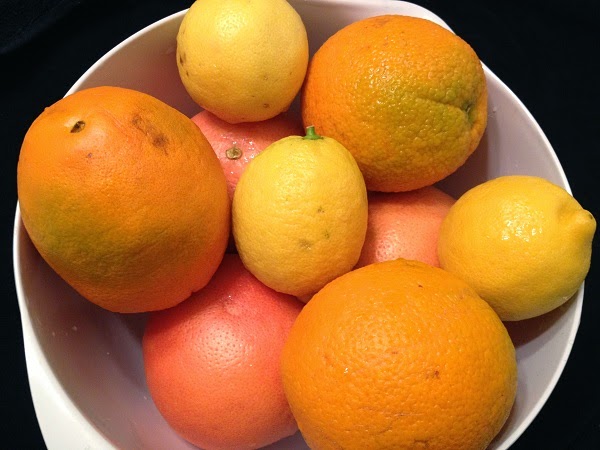 This year I resolved to get some of the lovely summer fruit in jars to eat later in the year. We went to a U-Pick farm, gathered a couple of gallons of strawberries, and I made 13 pints of strawberry jam. It absolutely blew my mind with how much better it was than commercially produced jam, or even the nice stuff I’d been buying on occasion. Nearly all of that jam is now gone, and I am not sorry to say that a vast majority of it was eaten by yours truly.

Since that was so successful, I whipped up a batch of peach jam that turned out pleasant but not hugely memorable, and also pored over some recipes and made up a marmalade. While marmalade isn’t my favorite kind of condiment, most of my family is hugely fond of the stuff so it seemed an ideal next challenge. For one thing, I would definitely not eat it all up before being able to give any away! In addition, my brother inquired whether there was such a thing as grapefruit marmalade, which was a good enough reason to make sure there was. 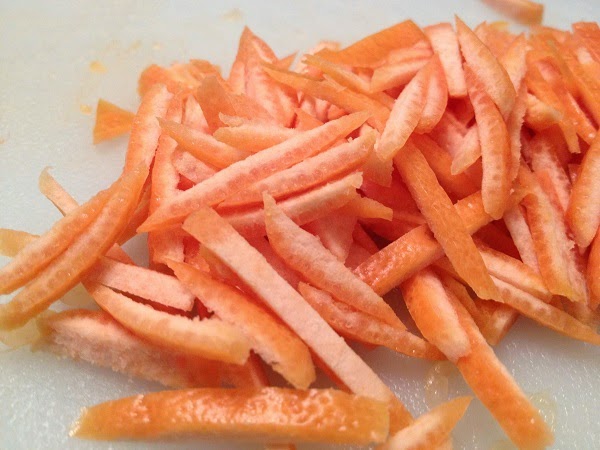 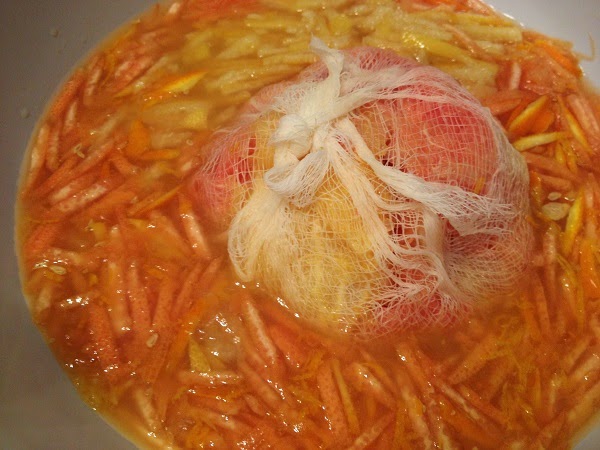 What I actually wound up making was a recipe cobbled together from several different ones found online, and it was made with three grapefruit, two navel oranges, and one lemon. These were bought from a grocery store – I definitely will make some with a bag from a fruit stand when the season comes back in, but I decided that grocery store fruit was fine for the purposes of experimentation and learning.

I cleaned each fruit, making sure to run each under warm water and using a new clean scrubbie to get off as much as possible of the food-grade wax that coats all grocery store citrus. You don’t want that in your jam.

One of the grapefruits and one of the oranges got zested, The remaining grapefruit and orange had the zest sliced off carefully from the pith (the white stuff). The zested fruits were then juiced on a standard citrus juicer with strainer. The peeled fruits had the segments removed with a grapefruit spoon and then the remains were juiced. Next time I will just juice everything as there were no discernible chunks of fruit in the final product. The lemon was just juiced. The membranes were peeled carefully from the pith and the pith thrown away for the grapefruit and oranges, but not the lemon as its pith is too thin. The juice, zest and segments went into a large bowl. The seeds and membranes were tied into some gauze and the gauze package placed in the bowl with the juice, zest and segments. Then I took a very sharp knife and cut the sliced rind from each of the fruits into the thinnest slices possible. Those also went into the bowl, which was put into the fridge to soak for several hours. I added a little water by rinsing out the juicer to make sure every last drop was captured.

After soaking, the bowl, including the gauze package, went on the stove to simmer at low heat for a while. When it came time to turn up the heat I put the gauze bag into a strainer and squeezed every drop out that could be found. Then came the sugar. Recipes seemed to call for wildly different quantities of sugar depending on the fruit and the apparent tastes of the canner, so I threw in five cups to start with, tasted it, and that seemed enough for me. If you like yours sweeter or more bitter, try changing the amounts to suit yourself. I had also taken a suggestion to add 1/4 tsp salt that was supposed to cut the bitterness so take that into account as well. I then cooked the jam, stirring frequently, as the bubbles went up and down. After an hour or so the bubbles seemed less vigorous, so I used the frozen-plate technique to test the batch and it passed, so the marmalade went into jars. The bubbles went away as soon as I took the pot off the heat and the marmalade hardly needed any skimming. Likely I should have cooked on lower heat and I will try that next time. My neighbors, who are big marmalade fans, were kind enough to test the batch and said they liked it a lot. Let me know if you try it, and if you tweak the recipe, what changes you make! 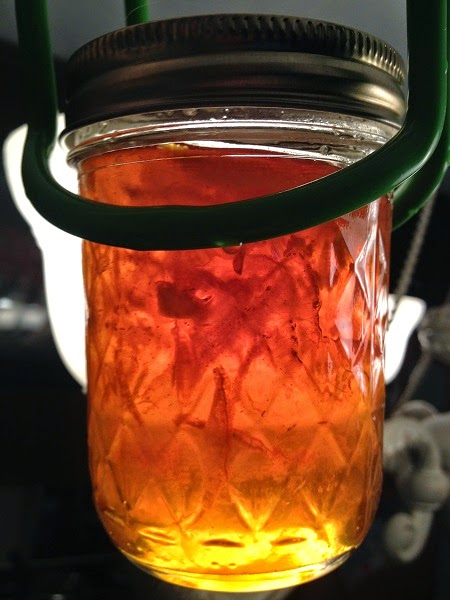 Zest 1 of each fruit and put it in a large bowl that can be covered, along with the water.
Peel the rind off the pith of the remaining fruit.
Cut all the fruit in half and either juice each or pull segments out with a grapefruit spoon; juice the remains if doing the latter. Add the juice and segments to the zest.
Pull the membranes out of the pith on the grapefruit and oranges and discard pith; remove lemon membranes and scrape pith off with a sharp knife if there is too much.
Chop up the membranes and bind them in gauze or cheesecloth. Put them in a bowl with the juice and zest.
Carefully slice the rind in the thinnest possible pieces (or to taste). Add the sliced rinds to the bowl. Soak overnight in the covered bowl, or for at least 4 hours.
Pour out the bowl, including the membranes, into a wide, flat-bottomed pot and bring to a simmer. After 10 minutes remove the gauze package. Press out as much liquid as possible through a strainer before discarding. Add salt and sugar and bring to a boil, then reduce temperature to the lowest level where it is still bubbling. Stir as needed. When rind is tender and the liquid sheets off the spoon, to a jell test with a spoonful or two on a frozen saucer. If it is right, put the marmalade in jars using prepared warm, sterilized equipment. Allow to set 24 hours and then enjoy!