“Five minutes later, Mickey laid the lamb out flat on the grill and covered it. Then, back in the kitchen, he took a saucepan down from its rung on the wall. He put it on the stove over high heat, throwing in half a stick of butter and some olive oil. In another minute, he’d added chopped shallots, garlic, thyme and rosemary, some allspice, and three cups of the chicken stock that he made from scratch whenever he started to get low. Some things you simply couldn’t cut corners on.

He stirred a minute more, added a cup and a half of Arborio rice and some orzo, then turned the heat all the way down to the lowest simmer and covered the pan. This was his own personal version of Rice-A-Roni, the San Francisco treat, a simple pilaf, but he liked his strategy of first making the kitchen so fragrant that it drew his roommates to the feast whether they were inclined to eat or not.” – from Treasure Hunt by John Lescroart (Dutton, 2010)

This is Marie, contributing an article that is only tangentially about cooking some rice.

Some time ago, I saw this lovely series of photographs documenting iconic meals from various books, such as a photo of the tea party from Alice In Wonderland (that was my favorite, followed by the photo of the potatoes and eggs from The Secret Garden) here: http://www.brainpickings.org/index.php/2014/04/16/fictitous-dishes-dinah-fried-book/

It was such a lovely photography series that it was an immediate inspiration to do something similar here. However, an immediate stumbling block came up – the dishes that were were lovely as photos were also not precisely appropriate to this blog (how many of you would actually want to cook a potato in a campfire? And then eat it? Please be honest!) Not only that, but I am constitutionally unable to do something exactly the way someone else did it.

So, there followed several weeks of frustrating Grant by mulling things over without actually producing very much. I found, to my dismay, that on reviewing many of my favorite food-related scenes, they were found to be either too vague to be of much use or weren’t practical for other reasons. Grant offered this rice-a-roni recipe inspired by a book from one of his absolute favorite authors, John Lescroart, and so that is our first offering. Don’t worry, I’ve come up with some more recipes, as you will see in the next few posts! 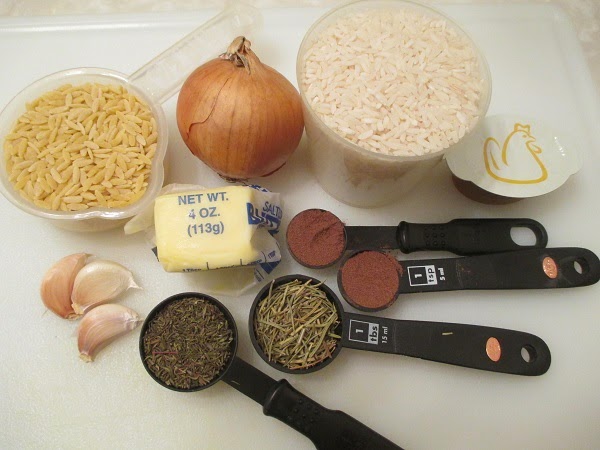 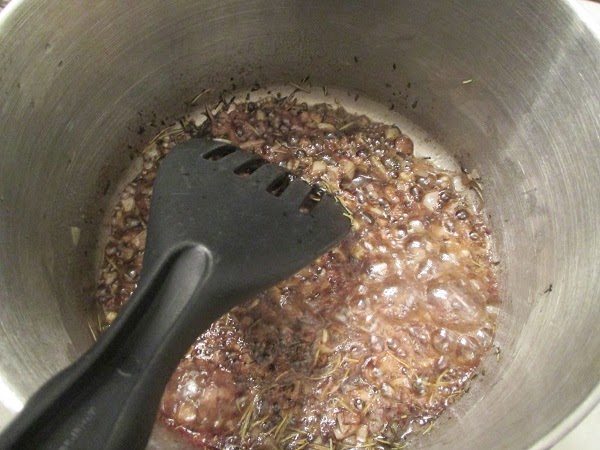 Combine first seven ingredients over medium heat until shallot and garlic soften. Pour in rice and orzo and stir until thoroughly mixed with the oil and spice mixture. Turn heat to high and add chicken stock. Bring to the boil, then turn down to low and cover. Cook twenty minutes, or until rice is cooked and all the liquid has been absorbed. Makes four cups cooked, serving four to eight. (recipe from http://www.johnlescroart.com/meet-john/recipes/mickeys-rice-a-roni/) 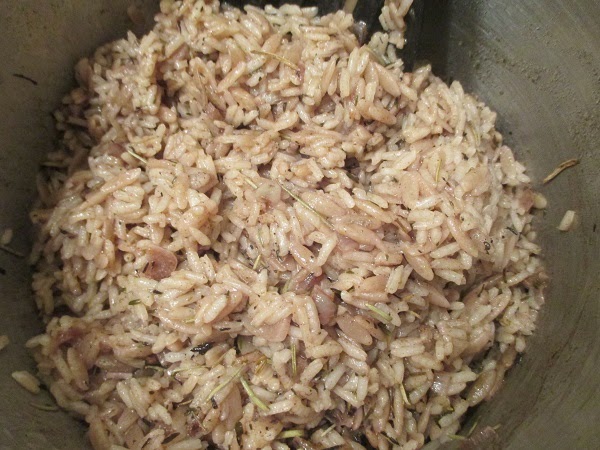 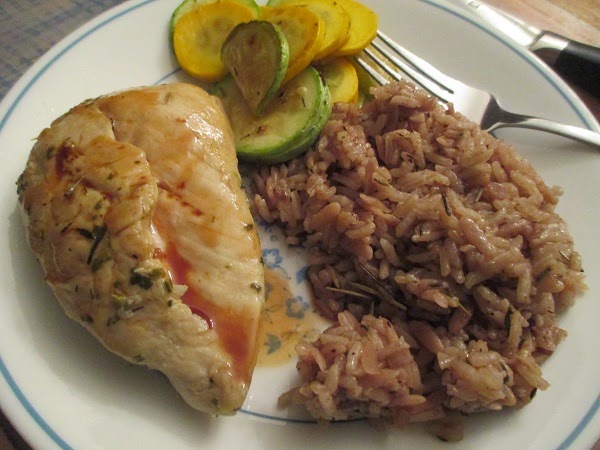 Rice is not always my best friend, as it tends not to be as docile an ingredient as it should be. I like to think I’m a decent cook in most areas, but rice will often clump up on me, or not quite finish cooking and be “al dente” in defiance of all attempts at consistency in production. However, in defiance of my flaw, this recipe turned out quite well anyway. The recipe wasn’t hard to put together and made quite a lot, so it could easily provide leftovers for an additional meal, or it could be cut in half. The most important part is making sure to get the onions properly cooked with the herbs. They should be nicely softened before the rest of the ingredients go in, to make sure they completely dissolve into the dish. You want that rice and orzo to soak up all the flavor. If I were to change anything in this recipe, it would be to use broken rosemary instead of whole, or even put them in a tea bag so the flavor could infuse the rice but the little prickly bits could be removed before serving.

While in the novel, Mickey – a chef-in-training who works as a gofer for private detective Wyatt Hunt – ate this with lamb, I decided to make chicken marinated in white wine and veggies sauteed with orange-infused olive oil (red peppers and yellow squash to add some color) that were not mentioned in the book.