We were last in Memphis three years ago. We had planned a trip last spring, but couldn’t make it work, and so this time we scheduled it around Marie’s birthday, so she could celebrate with her sister, who lives in town, and her brother, who was planning to come that way for MidSouthCon anyhow. I batted a few ideas around with Marie’s sister, who recommended that we have at least a small break from barbecue to sample something else in the city. She said that there are some excellent Vietnamese restaurants in town, including Saigon Le, which is just a few blocks from her place in midtown, on the corner of Cleveland and Court. 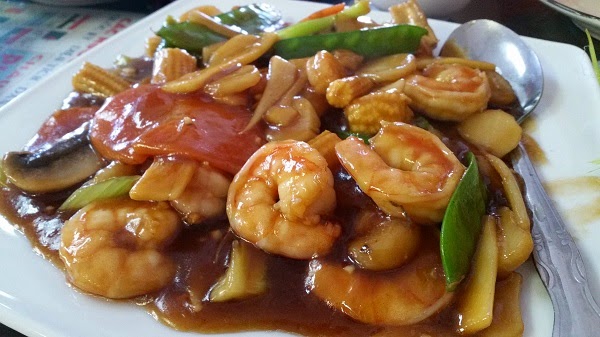 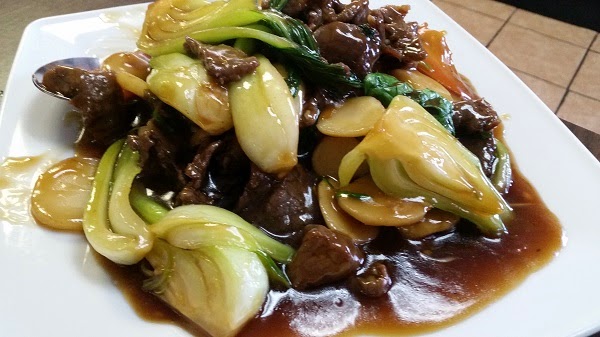 As we drove around the city, we noticed that at least two other restaurants in town advertise themselves, like Saigon Le does, as offering “Vietnamese, Chinese, and vegetarian” dishes. Saigon Le’s menu was particularly interesting in the second section. It looks like an American-Chinese menu from decades past, highlighting their chop suey and their egg fu yung entrees. These dishes were really common everywhere back in the 1970s, but over time, at least in Atlanta, they have gone out of favor and I don’t know where you can get them anymore.

In fact, I was briefly tempted by the chop suey, because I’ve never had it, but I really had my heart set on another dish here. I picked Saigon Le over Nikka’s other restaurant suggestion, Pho Binh, because I read Memphis Que’s story about the place (linked below) and was very excited by a really promising dish called Cá Chiên Giòn Chua Ngọt. It’s fried, salty catfish in a tomato sauce, and it’s terrific. Amusingly, our server tried to discourage me from ordering it. “It’s much better with black bean sauce!” she insisted, but I stood firm, and was glad that I did. 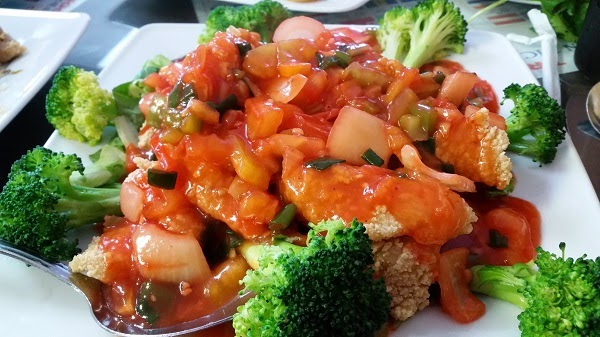 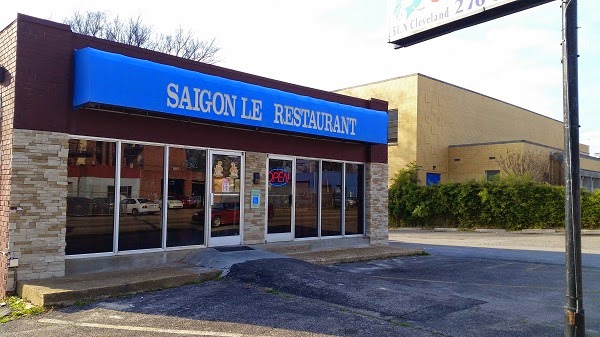 This was a really fantastic dish. Everybody ordered a pretty good entree – Marie had a beef bok choy dinner, Nikka a shrimp dish, and her friend Richie beef, while the children shared chicken fried rice – but darned if this wasn’t the best thing on the table. I didn’t leave any of it for Nikka’s refrigerator.

After supper, we drove over to nearby Cafe Eclectic, which we visited five years ago on our first trip to Memphis for desserts. 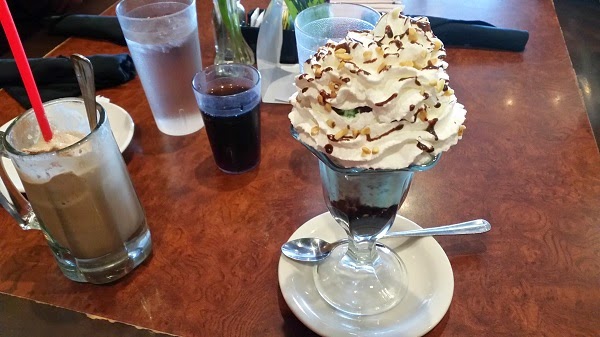 Cafe Eclectic is a really nice place, offering breakfast all day, baked treats, doughnuts, coffees and teas, and crazy-overflowing ice cream desserts. Many nights they’ll have an open mic or some live acoustic music, and their employees are upbeat, fun, and incredibly silly. We all enjoyed sundaes or black cows and the three year-old had not one but two doughnuts. We spaced them out so that the second arrived as a big surprise after he’d finished the first. The combination of the long car trip and the new city had him more than a little wired and crazy, but he might have enjoyed himself even more than the grown-ups.

Other blog posts about Saigon Le: