One day last month, Marie and the three year-old and I needed to run up to Chattanooga to pick up the girlchild, and we decided to make a day of it, with lots and lots of things to do. Now, on the previous week’s drive to Alabama, we made it a mostly barbecue trip, but this time out, we only revisited a single barbecue joint, about ten miles north of the state line up I-75 near the town of Ooltewah. I had gone to Couch’s four years ago and, especially since it’s such a unique style of presentation, I wanted to try it again and let Marie see what it was like.

We arrived just after they opened at 11, with only a couple of tables taken. By the time we left at 12, the place was steadily filling up. It’s a very nice interior, with a checkerboard floor and lots of old Coca-Cola advertising on the walls. 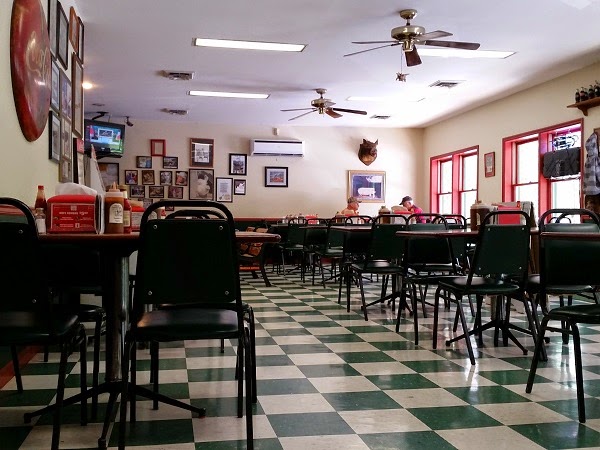 Couch’s opened in 1946, and when I first visited the place and encountered their neat way of doing barbecue, I sort of figured that I’d run into a few more examples of it. We’ve ordered barbecue at around 290 different places since that first trip to Couch’s and not a one of ’em does it quite like Kenny Stiner does. The closest to it – and I only mean “in the same ballpark” when I say this – can be found at The Original Ridgewood Barbecue, and that’s in Bluff City, 211 miles northeast.

Larry Proffitt, the co-owner of Ridgewood, explained in an interview with SFA that his father, who started offering barbecue at that restaurant, picked up his technique of smoking and then slicing in Florida. Unfortunately, Couch’s owner Kenny Stiner was not around for me to ask where his family picked it up, but then again, I asked him about the delicious, hot yellow slaw the last time I visited and couldn’t get a single ingredient from him. Further, at Ridgewood, the sliced meat is chilled and then grilled in a skillet before serving; and that’s not quite what you get at Couch’s. 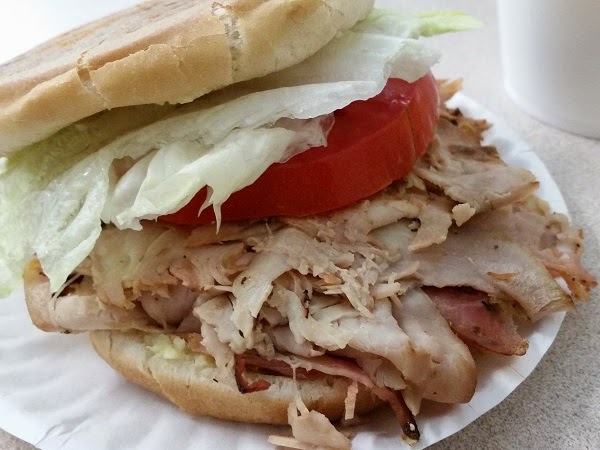 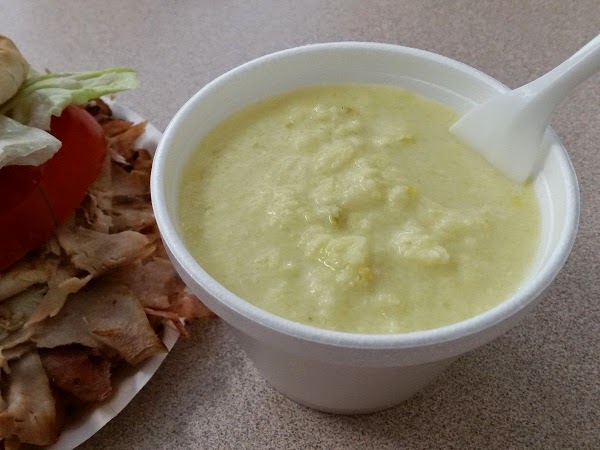 So what they offer here is shaved pork. These are uncured hams that are smoked for fourteen hours and then taken to a deli slicer, and served on a sandwich with lettuce, tomato, mayo, slaw, and one of the two sauces if you’d like it. Marie, going the slightly more traditional route, just had hers with mild slaw and the signature smoky sauce, and was not really taken with it. I think that it’s a delicious sandwich, with the understanding that this is going to taste a lot more like a really good ham sandwich than what you’re going to think of as traditional barbecue.

I also asked for an order of the hot slaw as a side item. That’s it pictured above; it’s not creamed corn, it’s their magically weird slaw. They charge a quarter more for this than their usual sides, and don’t actually list it on the menu with the rest of their sides like fries or beans or potato salad. About the sides, incidentally, one reason that I cringe when looking back over our earlier chapters was the “growing up in public” nature of them. At the time I wrote that initial visit, I was surprised that Couch’s did not offer Brunswick stew. Well, of course they don’t; I bet that fewer than 10% of the barbecue restaurants in Tennessee that we have visited do. Further, preparing stew rather requires that the meat not be deli-sliced. 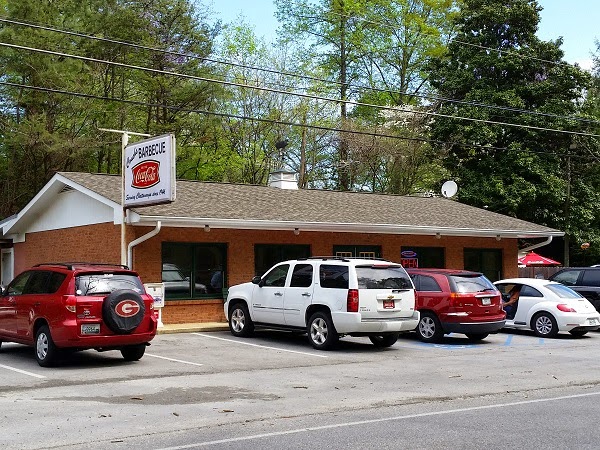 Couch’s has a new sign since we last visited, again emphasizing their love of Coca-Cola, but not much else has changed. The service is still excellent, and regulars are greeted with curiosity about whether anybody else in their family will be joining them today. It’s a warm, friendly and very happy environment, and if traditionalists will find their expectations about barbecue challenged by something quite unlike anything they’ve had in the world of barbecue, well, that’s a good thing, frankly. It’s certainly worth a stop.