“The recipes…are little more than lists, no cooking instructions or temperatures, but scattered among the pages are brief reflections on the nature of animals, flowers, people, and God. Sirine browses through the book, lingering equally over the reflections and the lists of ingredients, which seem to have the rhythms and balance of poetry. There is one for a roast chicken that she decides she may try preparing for a daily special: chicken, saffron, garlic, lemons, oil, vinegar, rosemary.” – from Crescent by Diana Abu-Jaber (W.W. Norton & Company, 2003)

This is Marie, contributing a story about a roast chicken inspired by the book Crescent. I must confess, I actually ran across a description of the chicken before I’d read the book, but I had saffron and it sounded so good I had to give it a try. Then I checked out the book to see where the recipe came from, once we found it was good.

While the book is not something I’d normally read, being primarily a romance, it has some truly sensuous descriptions of food, food’s placement in a culture, and the labor and process of cooking that I found delightful. The main character, a cook named Sirine, says something I completely agree with here: “I think food should taste like where it came from. You know, so the best butter tastes a little like pastures and flowers, that sort of stuff. Things show their origins.”

Later in the story, she is given a Syrian cookbook for her birthday, and the descriptions of the food in it makes me wish the book weren’t fictional.

My grandmother, when asked for a recipe, was rather like the author of that book in that she would give it not as a standard list of 1/2 teaspoon of this and 2 cups of that baked at such a temperature for so long. She would write out a story, telling you how to make the food by giving the steps in the order they would be used, and if you wanted to get the ingredients out ahead of time you had to read the whole thing. So my stories here have a bit of that influence; I enjoy talking about the process as much as the recipe itself. 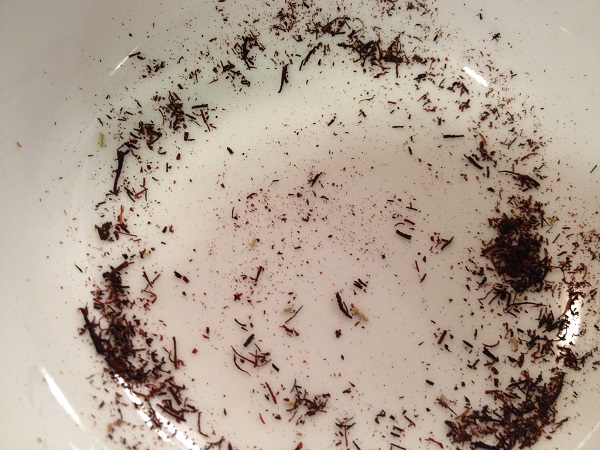 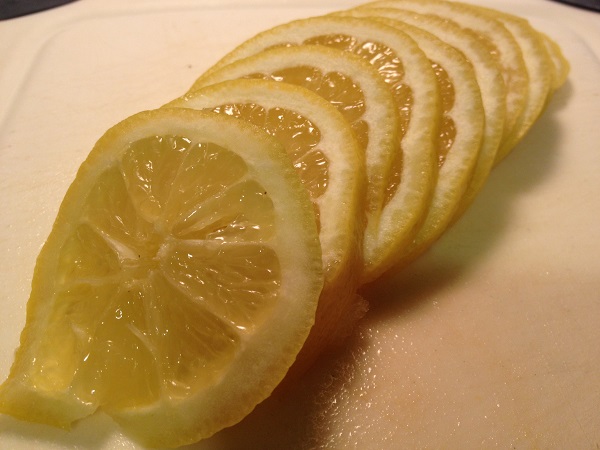 Now, of course, the quote above isn’t actually a recipe. after some searching around, I found one nearly like it, save for the garlic, at Saveur, and tried it to a fair degree of success.

Heat oven to 400°. Heat an 8″ skillet over medium. Cook saffron until lightly toasted and fragrant, 1–2 minutes; let cool and transfer to a mortar and pestle. Add salt and peppercorns; grind into a coarse powder. Slide fingers under the skin of chicken breast to create a pocket. Rub spices over and under the skin, and inside the cavity. Place rosemary and lemon slices under the skin and inside the cavity. Tie legs together using butcher’s string and tuck wings under back; roast until browned and an instant-read thermometer inserted into thickest part of thigh reads 165°, about 1 hour. Let rest 10 minutes before carving. 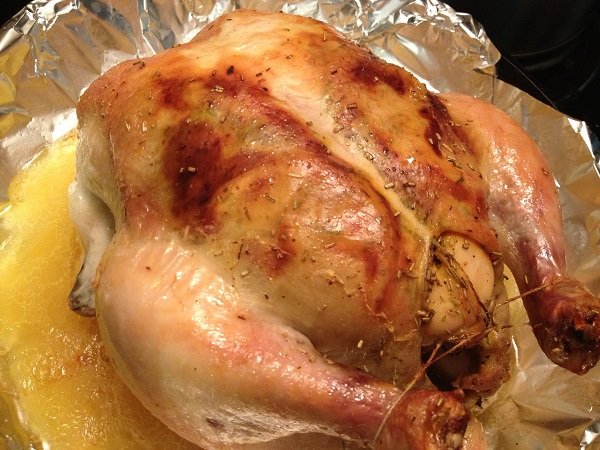 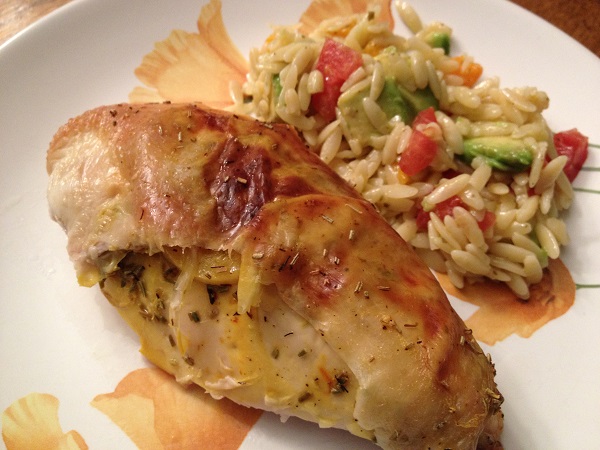 I followed the recipe above pretty closely. One note of caution – the saffron actually turned red, though it looks black in the photo; make sure you keep a very light hand when toasting it to make sure it doesn’t burn. A couple of strands that stayed in the pan after I tipped out the rest did go black in the time between taking the photo and going back to get them, so they need close attention!

I crushed the toasted saffron, blended it with the rosemary, salt, and pepper, coated the meat inside the skin with the herb mixture, then slid the thinnest of my lemon slices under the skin on top of that. The remaining herbs and lemon slices were tossed inside the cavity. I was a bit concerned that the lemon oil would be too strong a flavor and drown everything out, but it really worked well! The chicken turned out juicy and flavorful, and the small amount left over was great cold the next day.

One thought on “Food From Fiction 5: Sirine’s Saffron Chicken”