This is Marie, contributing an article about a gnocchi recipe made recently for a family dinner. I ran across it somewhere (surely you’ve noticed I’m an NPR devotee by now?), fell in love with the photo, and had to make it as close to immediately as possible.

This is a super simple recipe that takes very little time or effort to make, suitable for days when you are almost too tired to cook. The shopping list is really simple – tomatoes, mozzarella, and a package of gnocchi – so you could even decide to do it on the way home; just pick up the stuff and make it on walking in the door, and you could be fed and behind a book or in front of the TV within 30-40 minutes. Assuming, of course, that you don’t have to pick the tomatoes out for a 4-year-old who won’t eat anything touching a tomato unless said tomato is spaghetti sauce.

The recipe name on the site is hangover cure, but I don’t think it should be limited to that. 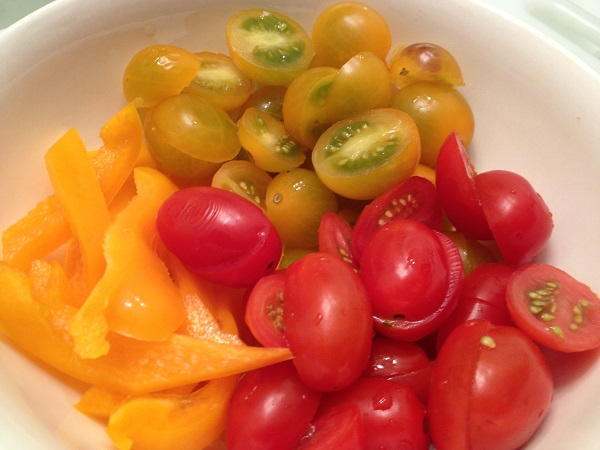 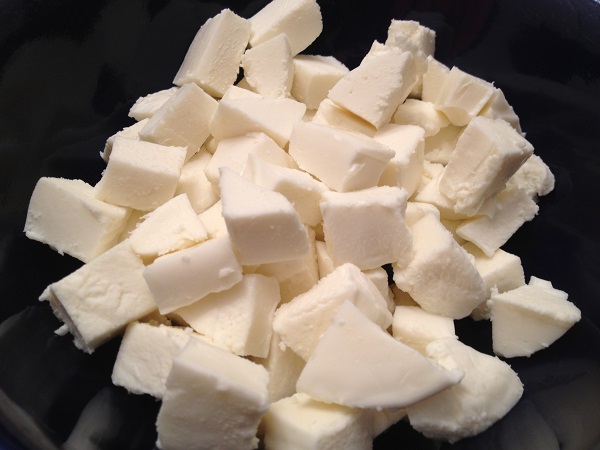 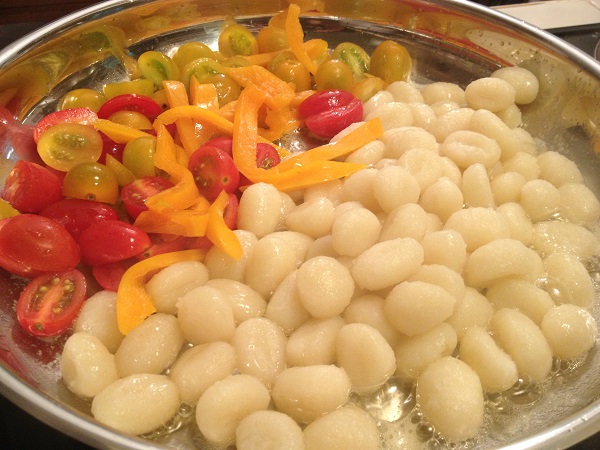 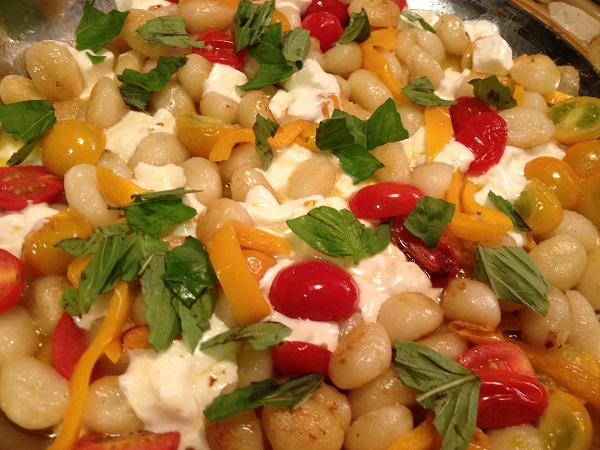 Boil a large pan of salted water and cook gnocchi according to the packet instructions (a few minutes). Drain when done. Slice the tomatoes while the gnocchi is cooking (tip: put the tomatoes on a plate with a rim about half the diameter of the tomato, trap them under another similar plate, and run a long, sharp, serrated knife between the two plates and through all the tomatoes while pressing gently down to keep them in place – works for grapes, too). I also added some sweet pepper slices because it seemed they’d go well (they did).

Meanwhile, heat the olive oil and butter in a large, non-stick frying pan. When the oil is hot, tip in the gnocchi (be careful, the oil will spit) and the tomatoes. Start ripping up the mozzarella, or if you would rather, dice it instead.

After about 5 minutes, when the gnocchi have started to catch and brown, add in ripped-up pieces of the mozzarella. Don’t stir again after the cheese is added; just check every so often to see how brown the gnocchi is, and take the pan off the heat when they are crunchy and light brown on the bottom, or the cheese has all melted, whichever comes first. If you stir the cheese will clump. The original recipe says that is no big deal, though; just cut it up again with kitchen scissors if that happens.

Tear the basil leaves and sprinkle over the top (optional-we found it was fine without, and the basil leaves started looking bruised and unappetizing because I tore them too early) and season with salt and black pepper. Grant added red pepper flakes as well.

2 thoughts on “Fried Gnocchi with Mozzarella and Cherry Tomatoes”