Back in the first couple of years of this blog, we entertained a goal that sounded really fun. We wanted to visit every SEC city and have at least one meal. Then the conference expanded to incorporate two very distant cities, probably just to spite us, with only three to go. Well, never mind. I wasn’t in any hurry to visit Gainesville anyway. Then my mother moved to Apopka, meaning we could probably justify swinging through Gainesville on the way to visit her. I suppose, if we must.

Last month, we took the girlchild out of school for a long weekend and made the five-hour drive to Gainesville. I had some trouble picking a place to eat, but eventually I settled on a restaurant which Marie and our daughter said was the best of all the places that we tried on this trip to Florida. I’d give it second place myself, meaning that Satchel’s Pizza, which is located oddly far away from the city center and campus for a place so eccentric and funky, was definitely a winner. 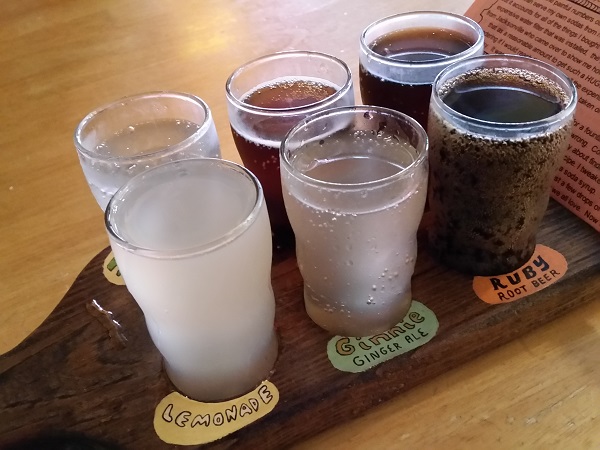 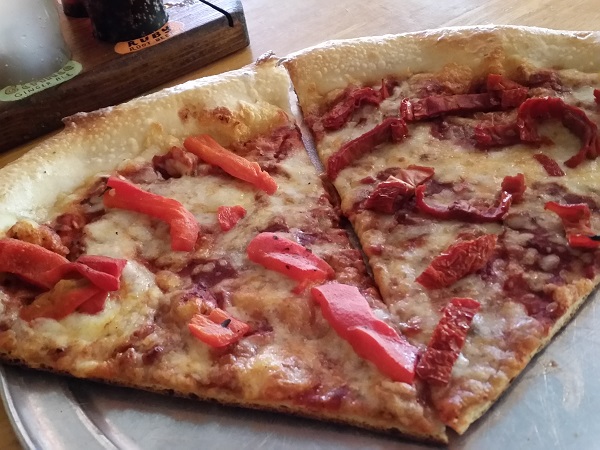 Here’s what sold Satchel’s Pizza to me. I’m sure that you all know that we love house-made sodas, right? Well, Satchel Raye, a native of Jacksonville FL who has worked at pizza places since he was a teenager, had the brainstorm that it simply doesn’t make sense to boast about all the natural ingredients in your food while serving up drinks that are full of corn syrup and aspartame. That was the impetus to start experimenting and make his own natural sodas instead. There are six available, because the old pizza place that he bought already had a six-head machine installed. Each soda costs $3 with free refills, or you can buy a flight and sample all six for $5. I liked five of the six a lot – the Stevie Z zero-calorie cola was unlikely to appeal to me, and didn’t – and we all absolutely loved the root beer.

Satchel doesn’t seem to do anything by the book. His location is ridiculous, the place is decorated in amazing folk-found-art created from trash, he only sold the cheapest beers for ages (although he does offer a couple from a local brewery, First Magnitude, today), and he doesn’t take plastic. Satchel refuses to pay the stupid fees that credit card companies demand, so this is a cash-only business. That works great for us, as we prefer spending cash. If you forget, there’s an ATM in the building, and they donate the $1.50 fee to charity. I like everything about that.

Oh, and the pizza’s great, too. It’s New Jersey-style, great big slices with a nice. chewy crust. I had two, one with sun-dried tomatoes and one with red peppers. The ladies each had single slices with two toppings. That was probably the more sensible way to do it. One of these alone is large enough for a very satisfying lunch. We definitely recommend this place to anybody visiting Gainesville. 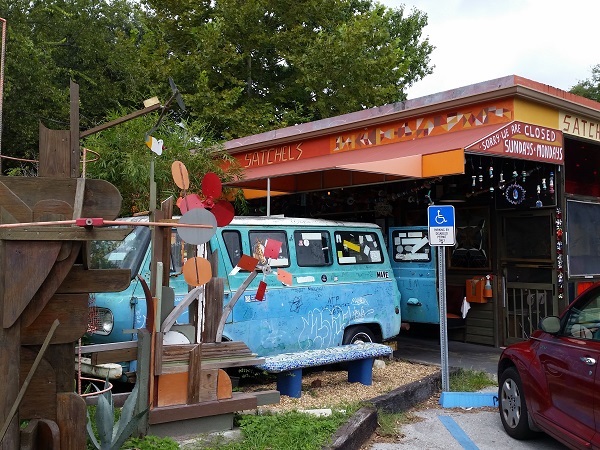 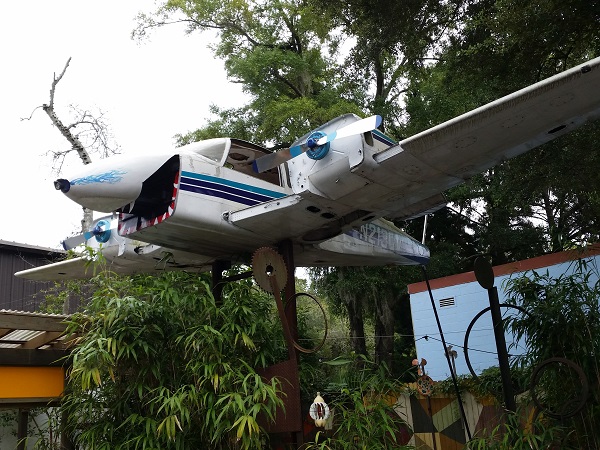 After we ate, we looked around the property and enjoyed all the silliness. Then we drove back through the main business area of Gainesville, glanced at the campus, and continued south on US-441 for about twenty miles toward the town of Citra. Along the way, we passed one of Florida’s remaining jai-alai arenas, which are called “frontons.” The sport peaked in the 1980s and has been declining for years. It is an unusual sport in that gamblers can make live wagers on matches in the building, but the rise of Florida’s lottery and scratch-off cards have helped kill the attendance at matches. (Here’s a fascinating story about the long, slow demise of jai-alai from SB Nation.)

We were heading to Citra because earlier this year, I watched a terrific documentary by the Southern Foodways Alliance about the Orange Shop in this town. (Go watch it yourself; it’s wonderful.) I fell in love with the place and wanted to stop by. 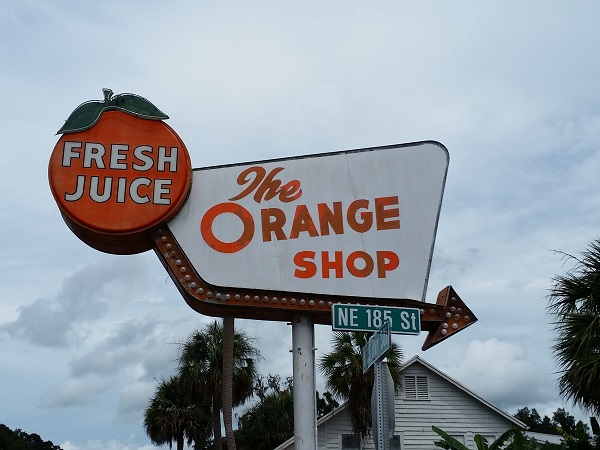 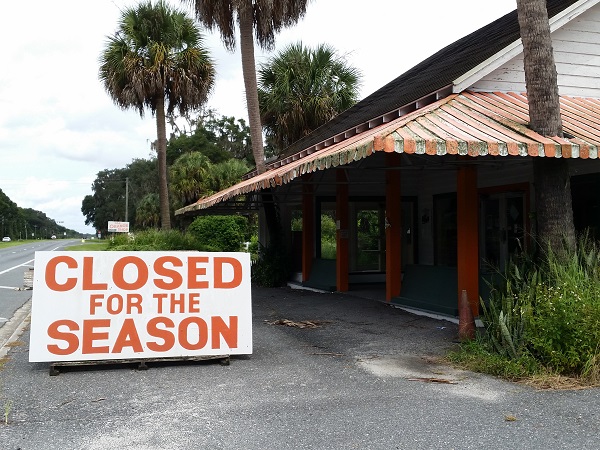 It totally did not occur to me that oranges are not yet in season. Rookie mistake! Ah, well. Next time, we’ll plan a little better.