This is Marie, contributing a recipe that the girlchild specifically requested, then declined to eat because she somehow failed to notice that it had tofu in it, despite the photo including obvious cubes. She can’t have mistaken them for chicken, as she was specifically offering the recipe for Meatless Monday. She also declared the chipotles disgusting. Ah well, Grant and I liked it!

Once his sister’s opinion was made known, the boy declared with vigor, repetition, and volume that he doesn’t like tofu either. When reminded that he used to eat it all the time (I used to make tofu & veggie pasta salads for him as toddler meals), said he only liked it when he was a baby. Then, as I was preparing the dish, he eyed the bowl of drained tofu with some degree of doubt. He stole a piece, then two, then attempted to grab a handful – whereupon he was banished from the kitchen and I pulled aside a portion of unflavored tofu in case he didn’t like the finished meal once the sauce was done. He ate his entire half-cup portion and was disappointed there wasn’t more – but, as expected, found the (not very spicy) finished product terrifyingly hot. 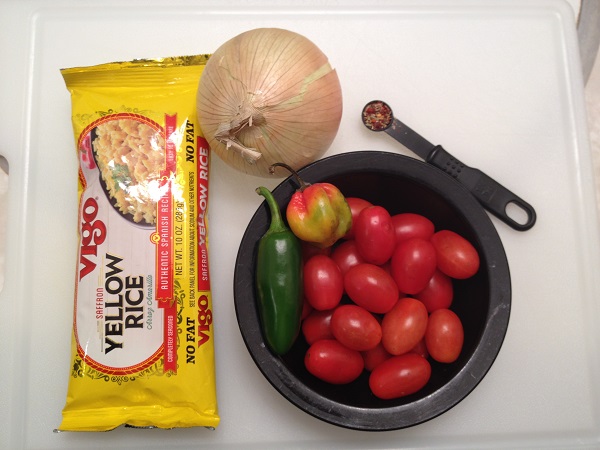 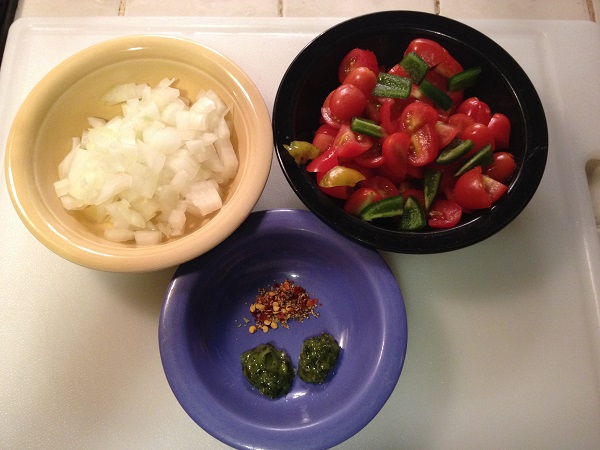 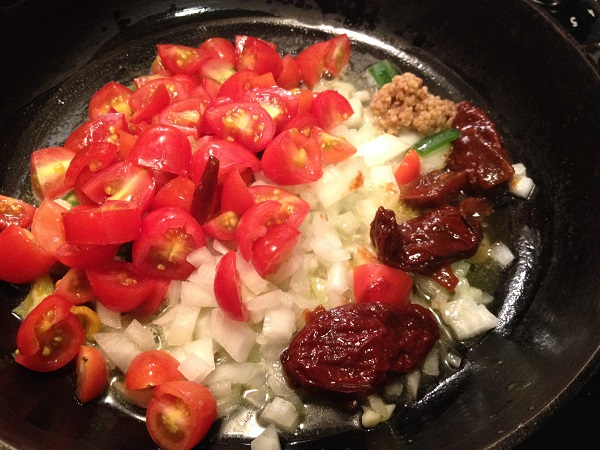 Instructions
Cook Goya yellow rice according to package instructions. Set to side.
Melt butter and oil in a cast iron skillet.
Add chopped onion, jalapeno, habanero and garlic.
Cook until onions are slightly browned mixing in oregano and red pepper flakes.
Add chopped tomatoes and cook until soft. Be sure to stir occasionally.
Mix in Nasoya Chipotle TofuBaked. Cook for another five minutes allowing tofu to take up the flavor.
Add in chopped cilantro and mix throughout.
Remove food from skillet and place in separate dish.
Add yellow rice to skillet and top with the Tofu Mixture.
Top with Green onions and Serve with a side of garlic bread or Texas Toast. 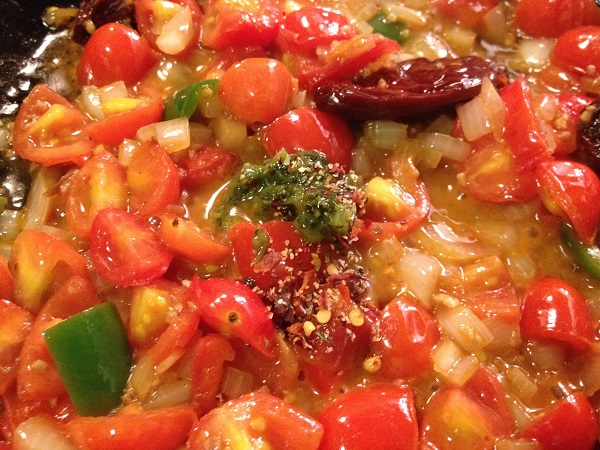 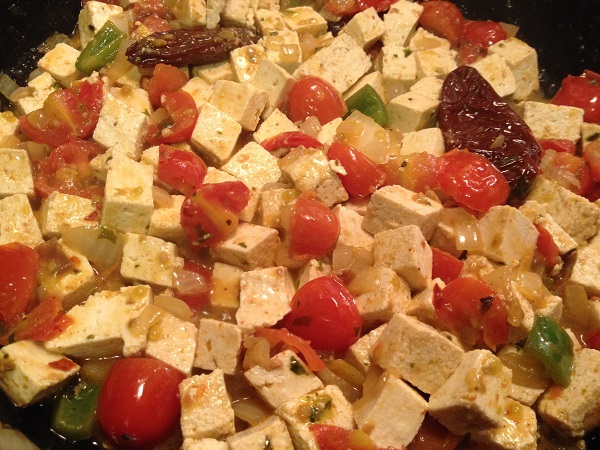 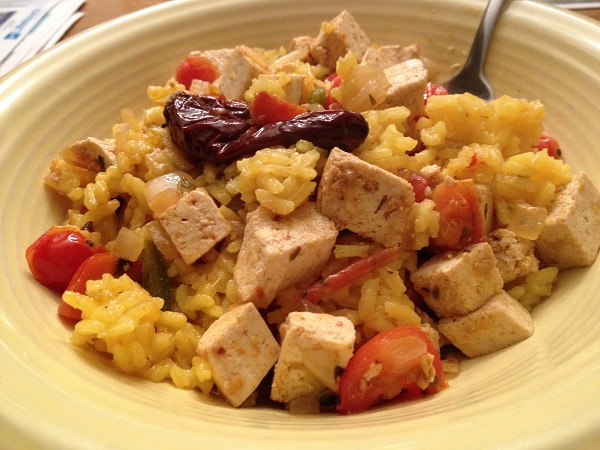 I was unfortunately unable to obtain the chipotle flavored tofu called for in this recipe, which is why the stuff I used was unflavored; I just added a couple of canned chipotles to the mix and carried on. It’s almost like even when I honestly intend to follow a recipe to the T, fate conspires to ensure that something needs changing. So, since I had to adapt and conquer anyway, I went ahead and used my shortcut of herb paste. Although the tubes aren’t cheap, they don’t cost that much less than the fresh herbs, taste almost as good, and stay good for far longer. And dinner was done in a reasonable time. Although as always with a new recipe, allow 15-25% longer for rereading bits of the directions and being interrupted by children stealing ingredients so you forget where you were; taking photos will add even more time.

Anyway, it turned out quite well, aside from the kids rejecting it. Ah well…there are always more Mondays! I am sure that with totally fresh ingredients this would be even more awesome. Sadly, it won’t be in our rotation, though perhaps I will make it again sometime when the girlchild is going to be away for dinner.

Don’t just read the blog! Follow us on Facebook, where you can get more information about our favorite places! Give us a like, hover over that LIKED button and check “Get Notifications” and please share and tell your friends to read us!