We have not done a good job with reporting on barbecued mutton. Marie and I made one quickie trip to Owensboro, which claims that it is the “barbecue capital of the world” to raised eyebrows everywhere else, in 2010 and had a single meal of mutton, and then I motored through on a circumnavigation this past summer and had one more serving. I figured that we could probably do a better job than that.

Interestingly, though, while it’s barely possible to drive very far in some other regions of the southeast without finding restaurants quietly doing their thing without much hoopla or hype, this isn’t true in sparsely-populated western Kentucky. Even in Owensboro itself, there really don’t seem to be very many different barbecue restaurants for tourists to consider. We’ve paid each of the two big ones – Old Hickory and Moonlite – short visits, and this time, we tried the slightly smaller Ole South, which opened about thirty years ago. Ole South, like the others, has a big buffet, as you often find in South Carolina. I think that some of the meats will come and go, but it’s usually standard for chopped mutton, chopped pork, and pulled pork to be available at Ole South. 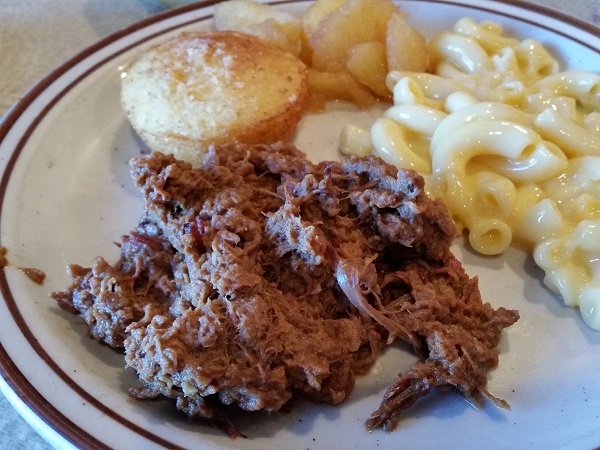 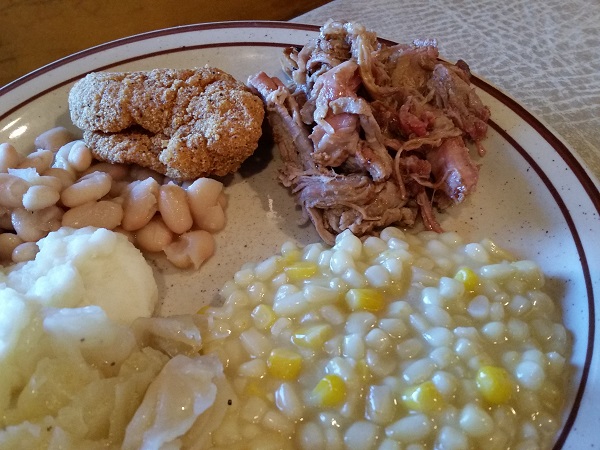 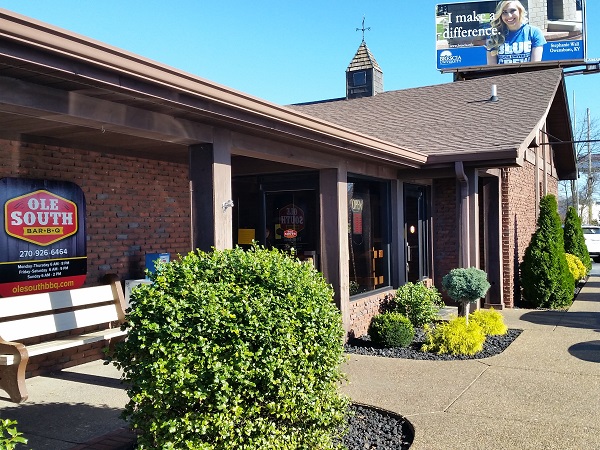 Our experiences suggest that it is most common for chopped meats in this region to be served in the sauce, as you see in South Carolina and in central Georgia. If you get the meat sliced or pulled, it will be served dry, but the chopped versions are given a long bath, marinated over heat in the appropriate sauce. Mutton is served in a “dip” which is most often a blend of Worcestershire sauce, vinegar, sugar, and lemon juice, while pork is usually given time in a thicker sauce closer to what you’d see in Memphis or Kansas City.

So we drove through the pretty countryside along Mammoth Cave’s northern side and up KY-9007 to Owensboro. Ole South is on the east side of town, outside US-60, which almost forms sort of a half-beltway around the city, with the Ohio River making up the border to the north. It’s a very popular and busy restaurant, with a huge lunchtime crowd coming to line up for their buffet. The service is attentive and prompt, and our server was really good about making recommendations and keeping our waters refilled.

Marie didn’t care for the mutton, but I enjoyed it. It tastes very similar to how I remember the mutton at Old Hickory years ago. She preferred the pulled pork, which is moist and smoky, but the real star was actually the white chicken chili, which is peppery and just dancing with flavor. They also had burgoo, which again did not seem like much more than a Brunswick stew with extra potatoes to me.

Marie asked me to be sure to mention the white beans, which she also really liked, but I think that chili was the real winner. She also really liked the blackberry cobbler and went back for a second helping of that. We returned for more of the dishes that we enjoyed, including a little bit more mutton and chili, almost like we weren’t paying attention to the reason for this trip. We had several more restaurants to visit, and didn’t need to be filling up at our first stop, but we liked the food too much to leave it alone!