Our favorite meal of the trip came at a very interesting location. Peak Brothers Bar-B-Q, which first opened in 1947, is located on the outskirts of the town of Waverly, surrounded by farmland and wide open skies. It’s about thirty minutes west of Henderson, and it’s definitely worth the drive. If I lived in the area, then I would eat here all the blessed time.

The original building was destroyed by fire in 2006, but a deliciously amusing memento was recovered from the site’s ashes. Underneath the hardy old cash register, the owners had kept a letter from Lady Bird Johnson. It’s charred and blackened, but it is framed and by the door, and it’s a must-read. Mrs. Johnson admitted that, as Texans, she and her husband thought that they knew everything about barbecue, but when they stopped by in 1964 on a campaign tour, Peak Brothers proved them wrong. 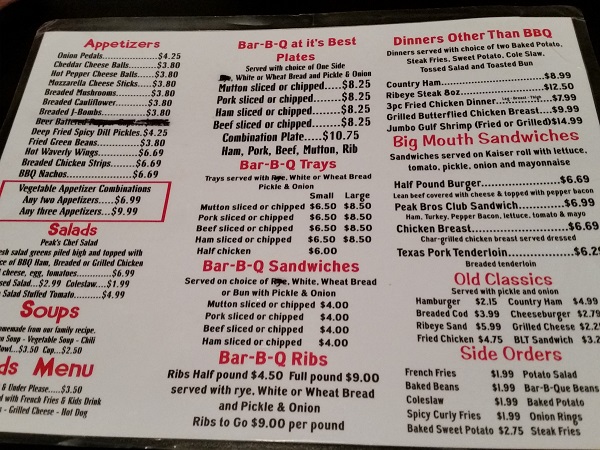 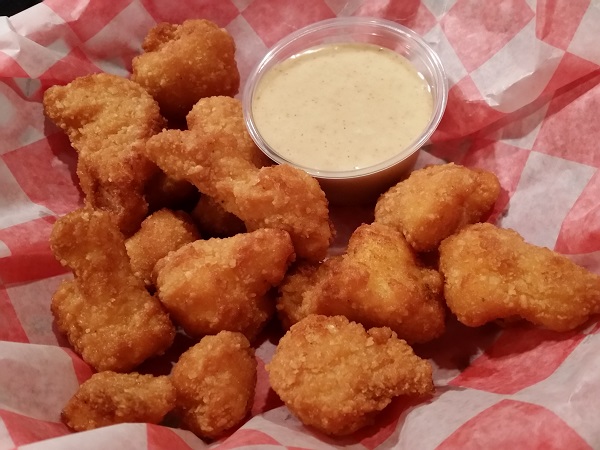 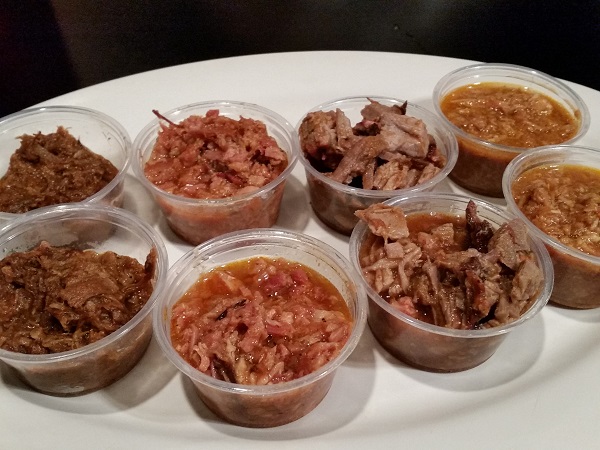 Louis explained that he’s been bringing guests to Peak Brothers for quite a few years, and that the servers will, if asked, bring out little sample cups of their barbecue. In the photo just above from left to right, that’s mutton, ham, beef, and pork. Marie and I thought that the beef was the least of the four, but it was excellent, and if that’s all that Peak Brothers served, it would still be worth the thirty mile drive. Our host thought that was interesting, as the last roadfood lovers who came out this way with him enjoyed the beef the most. Whatever, it’s all good.

As is standard in western Kentucky, the meat comes dry if it’s served sliced, and marinated in different sauces if guests order it chipped. Whatever your poison, it’s completely delicious. The ham was perhaps the most surprising. When they say ham, they don’t mean a specific cut of meat from around the hind leg; they mean a cured, sweet ham taken back to the smoker, where it gets some hours over hickory, the last few in the marinade. Marie said that was her favorite, but I had to go with the mutton. Of the five restaurants where I’ve tried mutton, Peak Brothers is so far and away the best that it’s not even a competition. This is fantastic barbecue, and I loved it completely. 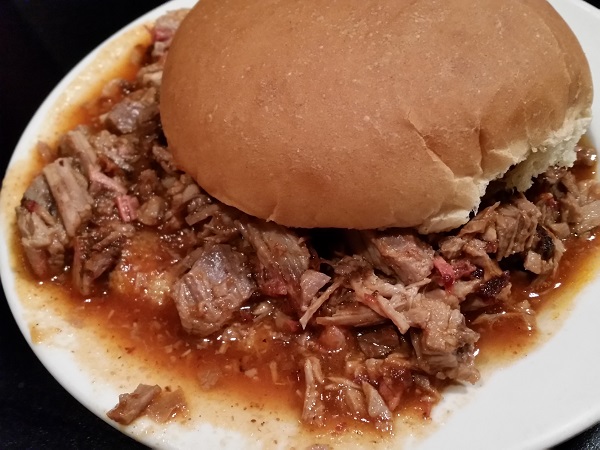 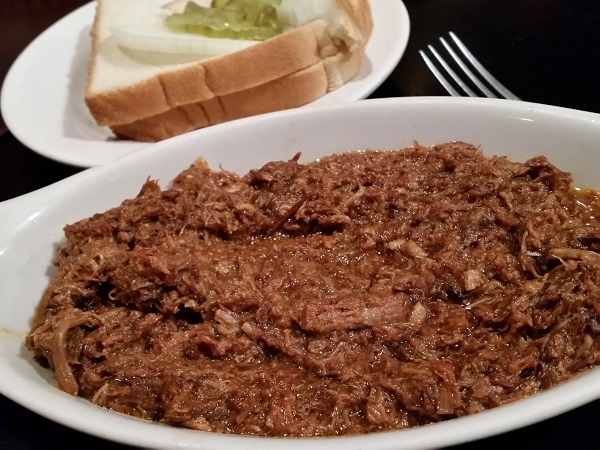 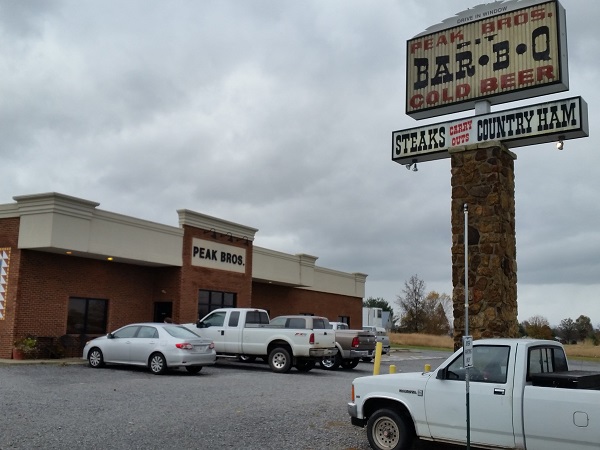 We kicked back here for a bit longer than planned, but didn’t mind a bit. The restaurant is relaxed and comfortable, and Louis brought some books about food and travel to share, sparking memories of great places around the southeast where we’ve eaten. Eventually, we really did have to get a move on, as we had a lot of miles to cover and had hoped to make a few more stops along the way. As it transpired, our plans would get truncated considerably, but more on that next time.