Sure, a lot of places around the south claim to serve New York-style slices. Most of them seem to be a little lacking, but this big place certainly impressed us.

Some years back, brothers Kurt and Erik Cilen relocated to Chattanooga from Long Island and were discouraged in their efforts to find a pizza anything like the ones back home anywhere around here. So they opened their own place in the spring of 2012 to show everybody how they do it around the Big Apple.

Locally, we’re very big fans of Lupi’s and are very likely to be visiting their East Brainerd location every so often. But it’s hard for me to think in terms of “best overall pizza” when there are so many varieties of it. The great people at Lupi’s do what they do brilliantly, but they don’t make a New York pie. It’s not that I think New York pies are necessarily better than others; they are different things to me. 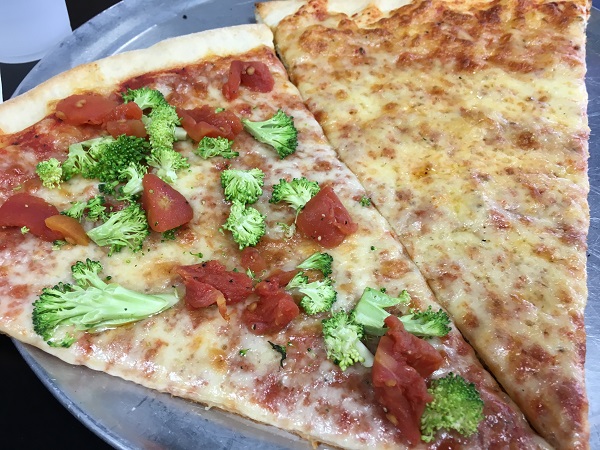 With that in mind, one Saturday evening in August, the four of us drove up 153 to Hixson to visit the NYPD’s huge location. Marie and I had driven by the place several times over the previous few weeks, either together or separately. It’s hard to miss, with a vintage old fire engine out front. Inside, guests work their way down a long, high counter where the pies and slices are being assembled by a small army of employees. At the end of the counter on weekends: zeppolis. Lots of ’em.

One of my favorite pizza places around Atlanta is LaBella’s in Marietta, whose owner is, like the Cilens, also from Long Island. They always claimed to have zeps on Sundays, but I eventually gave up phoning to ask because they either never made enough and they sold out by about three in the afternoon or they just didn’t like me. Here, there are more zeps than a man can eat, and I can eat a lot of fried dough with powdered sugar.

On the other hand, I can’t eat more than two slices of this pizza because, as any place that purports to serve New York or New Jersey-styled pies have taught us, the slices up north are enormous. Frankly, one apiece is plenty. That’s what we ordered. Any more would be wasted. 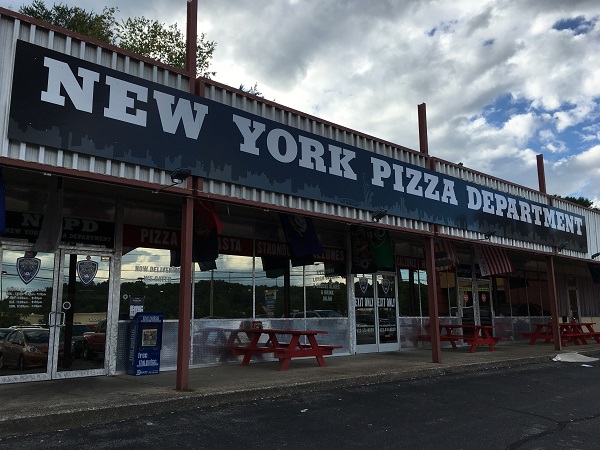 This place is very good and very popular. I like going into a place with a good idea of what they can do and being perfectly satisfied. I’m pretty sure we’ll be back, and we’ll be bringing bags of zeps home with us for dessert, too.