This is Marie, doing my bit towards handling the backlog due to the 8-restaurant day that Grant and I took together. Grant and I don’t get to spent a whole lot of just-us-together time so this was something we had been looking forward to for a while. The kids got to spend the day getting rid of their clothing allowance with their grandmother, so a good day was had by all.

Pawley’s Front Porch is in a rather unappealing part of Columbia, and the building itself isn’t that attractive either, at least on the outside. Grant described it as “deliberately unphotogenic,” and gave up after taking almost a dozen pictures of it. Once past the doors, however, it is a different story. The interior has wood floors and what appear to be hand-colored artwork on the chalk boards. Either they have an artistic employee or they’re really, really careful with erasing the chalk! I would like to be able to visit more often to see how the graphics change on the boards. And eat the burgers, which I didn’t try, but more on that in a moment. The tables have copper covers that make photography just a little challenging but make the place look warm and inviting.

One of the first things I saw was that there were random canned goods stacked on a shelf near the entrance. I also saw a sign posted about the Harvest Hope project; apparently five donated cans will redeem a free plate of fried pickles. The server told us that the business has another project going now as well, and rotates out the programs. They host an angel tree in the holiday season, for instance. It’s a good way to feel good about a place before you even sit down.

The plan was that we would take turns eating a meal (or at least a large snack) while the other would have a small snack or share the main dish. I was originally going to go with a burger, but my weakness for cooked pineapple steered me to the Sullivan’s and that seemed like more of a chicken sandwich sort of thing. The server also confirmed that more people take that than the meat patty when they order that sandwich. It was very good, though definitely a 4 or 5 napkin item. The guacamole will soak through the bun no matter how careful you are, so don’t expect to eat elegantly. This is the kind of place you go with someone you wouldn’t mind seeing you wearing some of your lunch! Luckily, my clothing escaped unscathed. However, midway through the sandwich the baby started to get pretty excited and I’ll choose to attribute it to his share of the meal. 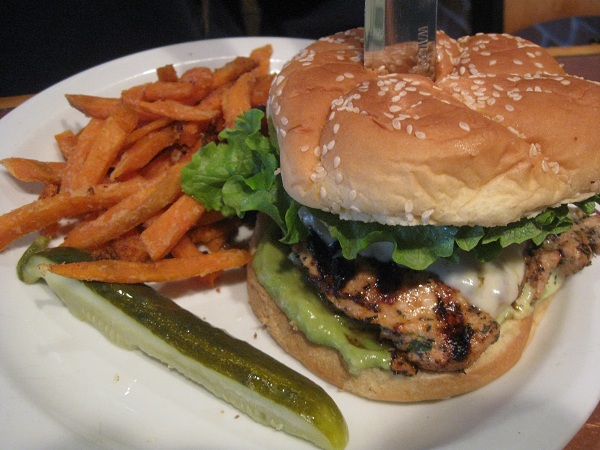 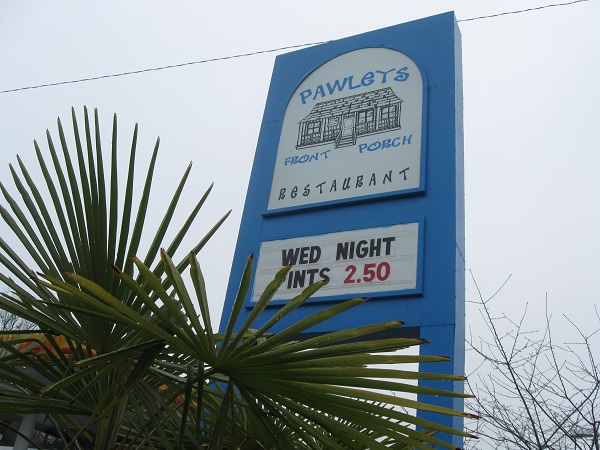 Grant had a piece of apple pie, but mostly because he knows that I love pie and he generously let me eat half of it. Possibly more than half. It’s even plausible that I got most of it. He’s sweet that way. Besides, what would an entry from me be without something sweet in it? The pie had a lot of cinnamon, the crust was tasty, and there was a thin layer of caramel on the top. Very nice indeed.

While we were winding down a little a parade started in the street outside. It was the sixth annual Black History Month Parade, and it made the visit appropriately festive and we got to see some of the big drums being slung around. Our son may be in a marching band sometime soon, so it was a feel-good sort of moment. And even better, the end of the parade rumbled past just as we were ready to go, so the timing worked really well. We had good luck throughout the trip, but this was the most neatly “couldn’t work better if you scheduled it” thing that happened.

I would definitely go back for a burger if we happened to be anywhere near the area. Or another of those chicken sandwiches, but the burger takes precedence.

Other blog posts about Pawley’s: