It’s not like we are scheming to visit every one of Figo’s locations in Atlanta, but the road took us to a fourth store on Saturday. The location on Collier Road was actually the chain’s first, and it opened in 2002 for carry-out only. The last decade has seen Figo grow to, at present, seven stores, and inspire at least two imitators in the southeast. We have written about Figo twice before, and don’t often craft revisit articles for the blog, but this was a fun little event that we wanted our readers to know about.

This summer, Figo has been offering some really neat specials on the weekends to tie in with seasonal fruit. Unfortunately, our schedule didn’t leave us with time to stop by in August for their strawberry-themed menu, but we were able to make it by to try September’s grape specials. These are available on Saturday and Sunday only, at all seven locations, for the next three weeks. 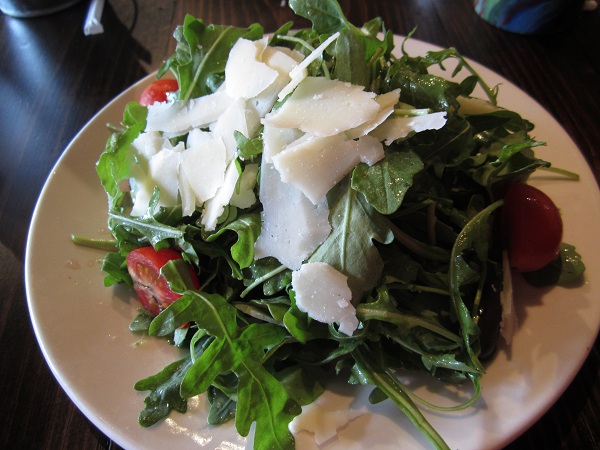 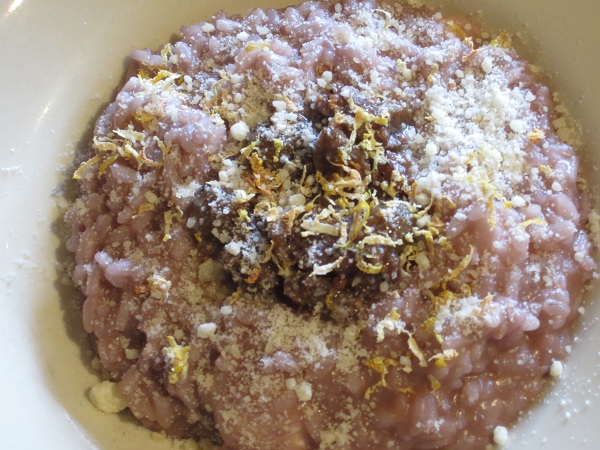 Marie ordered their Del Vinaio Risotto. The risotto is cooked in a red wine reduction with big, fat “pillows” of goat cheese, “hot-sweet” red grape mostarda and dried lemon. I ordered the Vendemmia, which is spinach penne pasta cooked with plump red grape halves and sliced Italian sausage. The sweetness is balanced with the spiciness from a peppery tomato sauce with garlic. We sort of split an arugula salad – well, Marie claimed almost all the cheese from it, leaving me with the greens, tomatoes and olives – and then sampled the entrees. 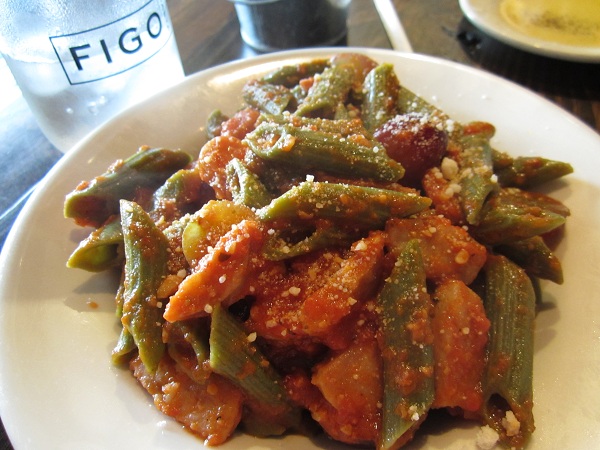 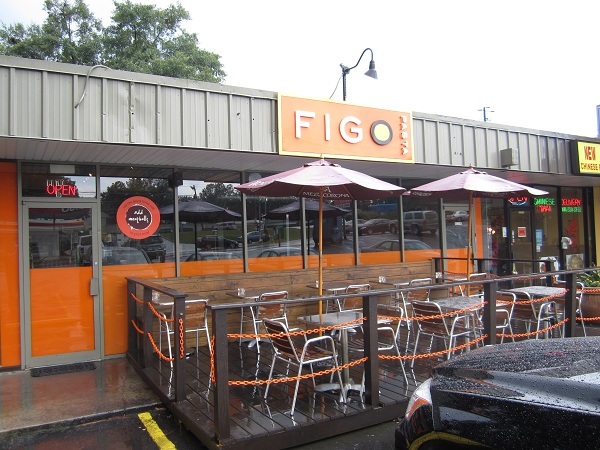 My pasta dish was certainly fine, and a little better than I had hoped. They really did a fine job with the intended balance, and all the ingredients were incredibly flavorful. Marie and I enjoyed one of those very rare lunches where we were each persuaded that what we ordered was better than what the other did. As I’m no particular fan of goat cheese, I certainly would not have appreciated her risotto dish as much as she did.

We will remember this afternoon as a particularly strange one for the weird timing of the weather. The rain finally stopped as we left for the restaurant, then it came down in monsoon sheets while we ate, but only for about ten minutes. We thanked the manager, Elliot, and stepped outside to take a few photos, and were faced with a river flowing through the parking lot. I hoisted Marie up and carried her over the raging creek. It started raining again as we made our way, but stopped once we got to the Zesto on Ponce, where we picked up a milkshake for our daughter. Awful kind of the rain to keep us dry like that, wasn’t it?