This chapter is the shortest of the seven, as I did not enjoy one of the next two experiences, and I didn’t give the other the fair shake that it demanded. Such is life.

I left Hemingway completely satisfied and as happy as anybody could be with a meal and made my way west along the beautiful SC-261 to Kingstree, arriving at a huge barn of a restaurant called Brown’s at 10.45. Another buffet restaurant, it’s where the local Rotary Club meets, and while neither staffer with whom I spoke knew for certain, they thought that it might have opened in the early 1980s. If so, the building itself, which is much older than that, must have housed some other business previously. This might seem a bizarre point to introduce, but the wallpaper in the gents’ was wonderfully old and silly, repeated patterns of classic old-timey cars, like something you’d see in a suburban boys’ bedroom in the 1950s.

As with the buffets from the previous evening, I just had a sandwich. It came presauced with a vinegar mix, and I made every effort to enjoy it and was not successful. That said, we’ll move on, very briefly, to the town of Manning and a popular restaurant called McCabe’s. 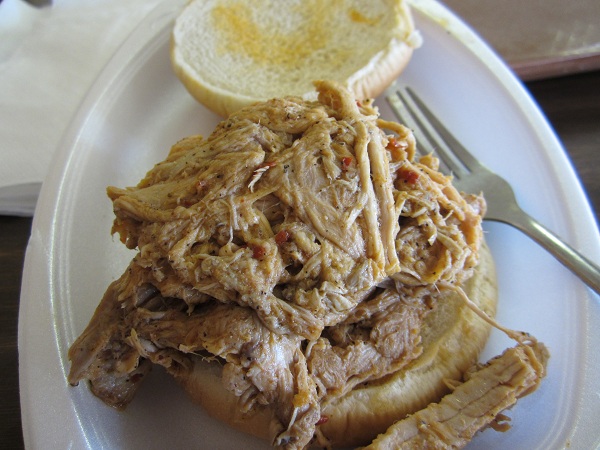 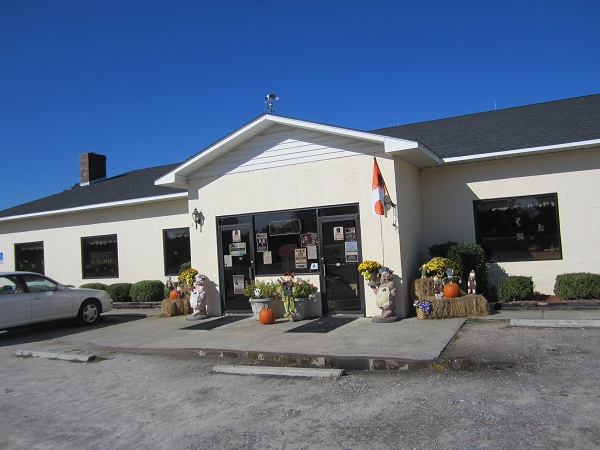 I arrived at the next restaurant, which David & Jessie McCabe opened in 1979, around 11.30. I immediately realized that I had made a very poor judgement in scheduling the restaurants on day two. Normally, when I’m doing one of these road trips, whether charting it out in advance or seeing where the road takes me, a good 45 minutes to an hour between stops is the sensible thing to do. Had I gone straight from Hemingway to Manning, that’s what would have happened. but… well, it’s tedious and unnecessary to recount the planning, but here I was at my third restaurant in two hours, and it was simply too soon for another meal. My heart also sank a little when I saw that it was another buffet, albeit a small one.

So, rather than forcing myself to chow down when I was not hungry, I simply had a small side of hash and rice. It was really, really good. I have no doubt that their barbecue is pretty darn good, because anybody who can cook hash as impressive as this knows how to make great barbecue. Happily, Manning is right off the interstate, so I can imagine being able to return without too much difficulty one day. 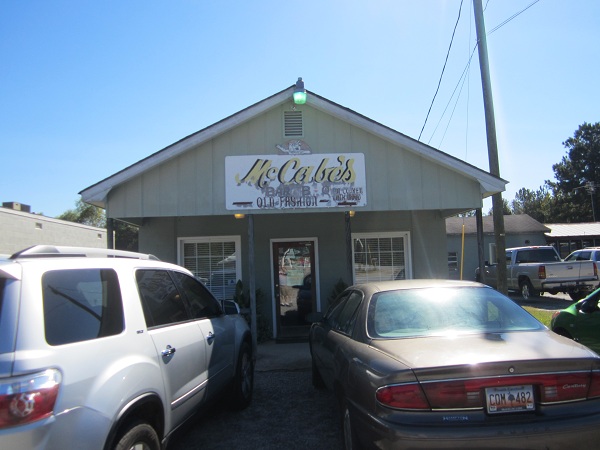 Having said that, I think that striking a little caution about Manning would be sensible. Both on my way into town, and on my way to I-95, I was stuck following somebody driving very, very slowly, and obeying the speed limit to the digit. I’m not sure whether Manning has a reputation for being a speed trap, but as it happened both coming and going, it left me wondering. I’ll be sure to remember that should the road ever bring me back to have some more hash and rice.