This is Marie, contributing an article about a meal I made that was surrounded by so much drama that the food had to be pretty memorable to be recalled at all!

I’d run across a recipe for sesame chicken at Allrecipes.com, and, considering that the girlchild and I are quite fond of the stuff, thought it might be pretty good made at home too. Grant agreed, astonishing a certain teenager who wasn’t listening when we discussed the technical aspects of Chinese take-out vs. actual Asian cooking. Mind you, this recipe looked rather Americanized, but that’s OK. I have a wok, so that corrects for some of it!

Anyway, it was a couple of days before things came together for me to start. I gathered the ingredients and started work. The sesame seeds had been toasted earlier for a different recipe. We need to find more things that require toasted sesame seeds. The chicken marinated briefly in the fridge while the other ingredients pulled together. In the process, a jar of spices dropped out of the cabinet onto a plate that was holding my measuring spoons, breaking everything breakable, sending the spoons to the floor and requiring the baby to be whisked into the back of the house while shard-and-stuff collection was completed. It’s kind of hard to attend to cooking while that’s going on, so already we were off track. I pulled out the backup measuring spoon set and carried on gamely, hoping for the best… 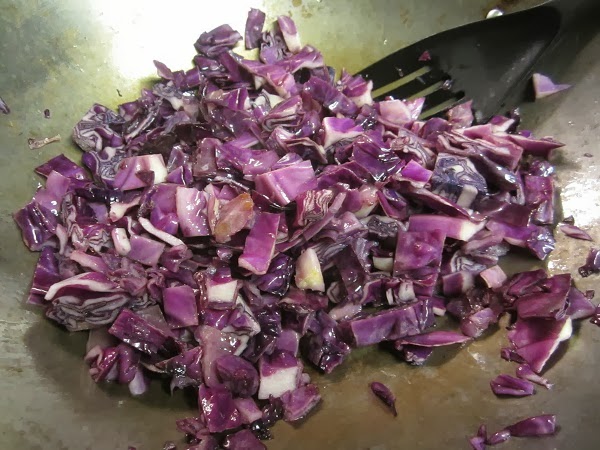 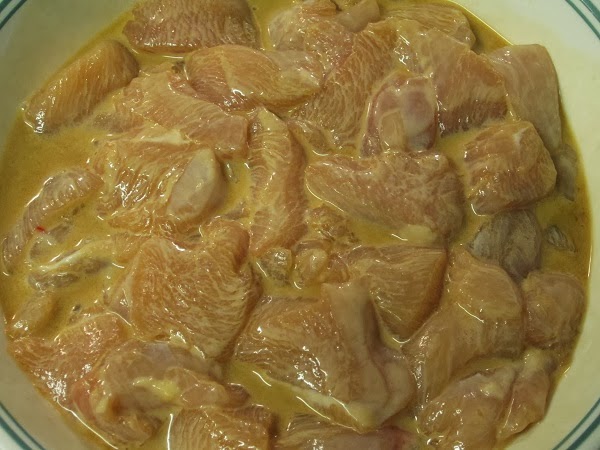 Sift flour, 2 tablespoons cornstarch, baking soda, and baking powder into a bowl. Pour in low-sodium soy sauce, sherry, 2 tablespoons water, vegetable oil, and a dash of sesame oil; stir until smooth. Stir in chicken until coated with the batter, then cover, and refrigerate for 20 minutes.

Heat olive oil in a deep fryer or large saucepan to a temperature of 375 degrees F (190 degrees C).

Drop in the battered chicken pieces, a few at a time, and fry until they turn golden brown and float to the top of the oil, 3 to 4 minutes. Drain on a paper towel lined plate. To serve, place fried chicken pieces onto a serving platter, and pour the hot sauce overtop. Sprinkle with toasted sesame seeds to garnish. 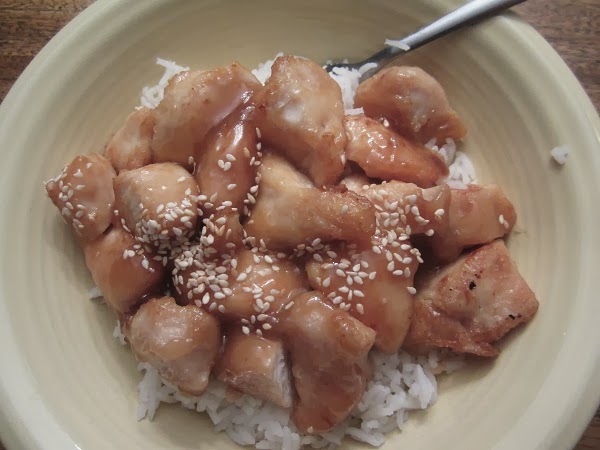 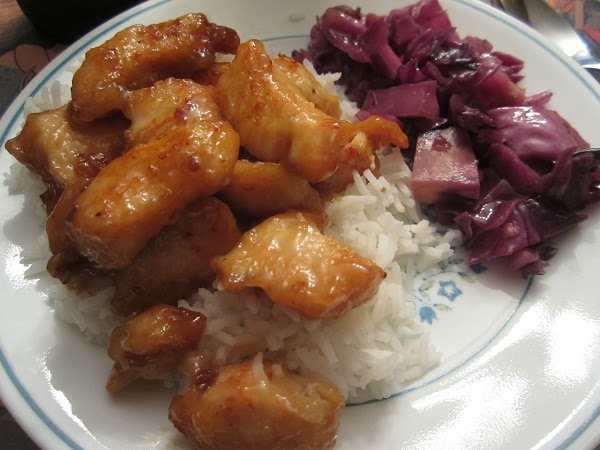 At a delicate juncture during sauce-making, the baby started howling for indeterminate causes (in the other room). He was distraught about being unable to entice me to play, most likely, but in the meantime he was very distracting. So much so, that when the girlchild started howling as well, I took it as a well-intentioned attempt on her part to entertain the boy…for a few moments, until it became clear that she was downstairs calling for help. She had turned her ankle going downstairs with some laundry.

The food was put on hold while we brought her up, settled her in bed, handled Tylenol, ice packs, and TLC. For some reason, after all this, people still wanted to eat…so I managed somehow to whip together the last stages of the dinner, though exactly how rather escapes me. Of course without a proper deep fryer these were perforce made as individual portions. The girlchild got sesame seeds on her dinner in bed, but Grant and I were halfway through ours before we realized I left them off, and had to add them hastily before the last bites disappeared. As for the injury, as the girlchild’s ankle continued swelling, Grant took her to the urgent care place after dinner; they confirmed that it was a moderate sprain and she stayed on crutches for five days.

Since chicken and rice, however tasty, are not a square meal, I had dug up a neat-looking sesame cabbage recipe to use up some of the remaining purple cabbage from a prior experiment and also maintain an Asian feel to the meal. Sadly, my phone, where the cabbage recipe resided, lost the link (likely from an accidental deletion on my part). Residual bad luck, I suppose…but here is a link for a recipe that looks pretty close, though the one we used didn’t have carrots.

Somehow, although this dish was a great deal of work, and far more challenging in the non-food-related realm, it was still fun to do and tasted really good. However, we will make sure not to try it again when we’ve had too long a string of good fortune, as the karmic balancing might be a bit much to handle. For now, this dish is stuck with the name “Bad Luck” Chicken.