I left Milledgeville using GA-212, figuring that to be the road that made the most interesting course through middle Georgia, a corridor that I’d never seen before. While I did not have anything planned after I left the Shrimp Boats, I did have an idea that I wanted to try. I got about ten miles out of town and pulled up Urbanspoon’s mobile app and asked what was nearby. It said that I was 4.9 miles from Kinorhook Bar-B-Que and so that became my next destination. That’s much more effective than hoping to see a road sign! In point of fact, if I hadn’t used the mobile app, I wouldn’t have seen a sign at all; I had to turn right and go a little north on US-129, and the sign is on that road, not the one that I was driving.

I’m very glad that I stopped when I did. I spoke a little with the owners, Fred Ward and his wife, and they informed me that they are soon moving this business closer in to the town of Eatonton. At the time of this writing, it’s a good ten miles away from the downtown square, way the heck out in the country, right before the roads quit being paved. The Wards set up a trailer in front of their home to do business more than ten years ago. By the time this chapter goes up, they might – fingers crossed – be established in their new place. Since Urbanspoon doesn’t get a lot of corrections or updates from very rural areas like this, and since the business has no social media presence of its own, then if I’d have waited any longer to make this trip, I might not have found them. 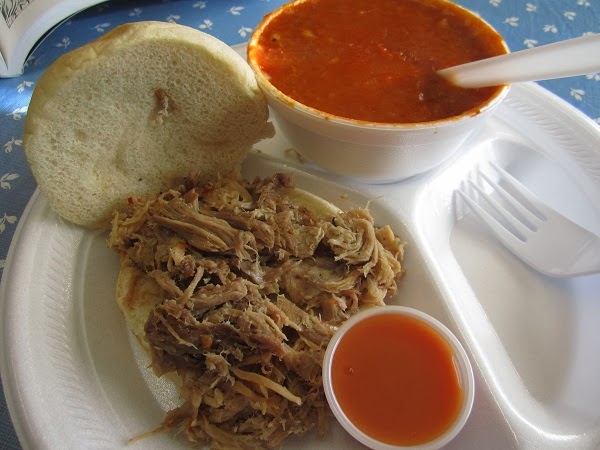 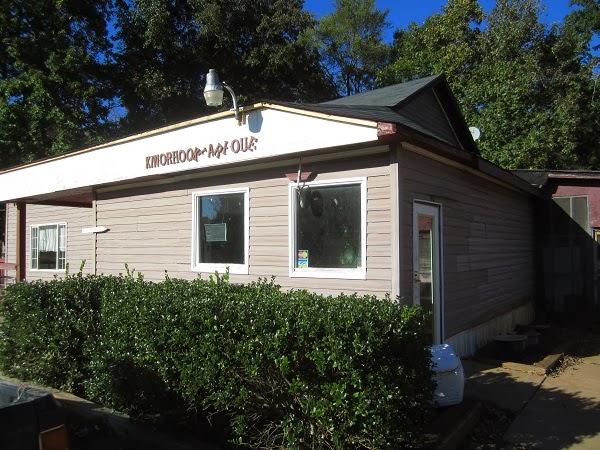 Fred apologized for the abbreviated menu, but they had cut back on some things in preparation for the move. He could do me some pulled pork and Brunswick stew, and I said that’d be fine, as that’s what I like best to sample on little road trips like this. The pork was not especially smoky, but it was moist and very flavorful and juicy. The stew was deep red, with even more tomato than the most tomato-packed of stews. Along with a hot orange mustard-based sauce, this was a really good snack.

I’d arrived so long after the lunch crowd that I was afraid I was making them keep things open a little later than they’d have liked. Fred offered to turn the TV on for me as I entered the silent dining room, ramshackle furniture arranged under photos of the president and snapshots from various local political functions, but I declined. I had a book with me to finish.

Kinorhook, incidentally, is an alternate spelling – more honestly, perhaps, a misspelling – of “Kinderhook,” an old family name given to a creek in the area of Putnam County, and, in the way of things, this eventually became the unofficial name of this forested land between the town of Hillsboro and GA-16. Some photographs of homesteaders at the state archives are among the few traces left of old Kinderhook.