Y’all know that we don’t often dig in with negative reviews at this blog of ours, and when we do, it’s qualified as much as possible with whatever praise we can find. Having said that, the ride back to Atlanta from Putnam County brought me to a pair of barbecue joints which I’d like to mention for posterity’s sake. The first of these is Dave’s BBQ and Soul Food in Monticello. I got a big grin when I spotted the sign out front, because it’s another appearance of the strange Cannibal Cook Pig who haunts the southeast. 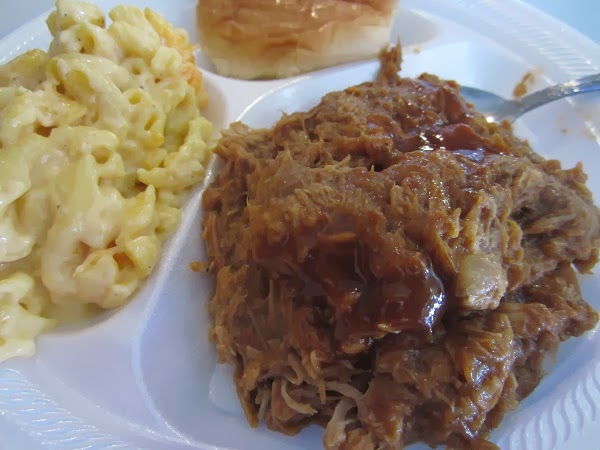 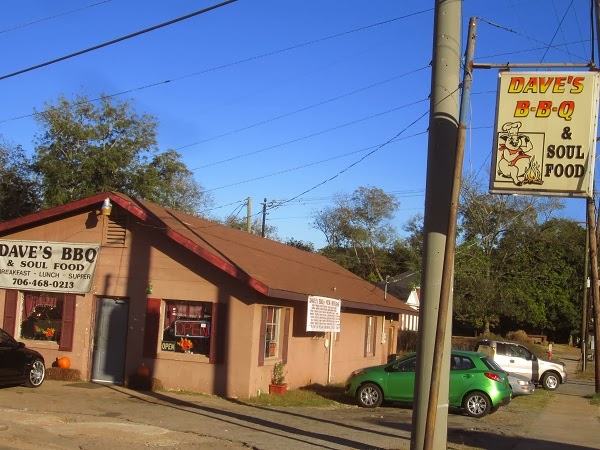 The barbecue here is cooked in smokers in front of the building over charcoal. It is served mixed in sauce on a buffet along with fried chicken and a few other meats and several veggies. Elsewhere in Monticello is a business called Pop’s Barbecue. Perhaps I’ll have the opportunity to stop there another day.

I have a to-do list of fewer than twenty barbecue places in the Atlanta area. There were four calling for attention in Conyers and Covington. I had figured a few weeks back that one of these days, I could drive out that way with the children one Saturday when Marie’s working, and do three of them. Four might be a bit much. So that’s why I chose this direction back from Milledgeville, to knock one of the four off the list. A roll of the dice came up with Pippin’s. Their main store is in Conyers and the one I visited, in Newton County, is one of what was once two satellite locations. There was once a third Pippin’s in McDonough (The Grit Tree visited that one in the spring of 2011), but it seems to have shuttered. 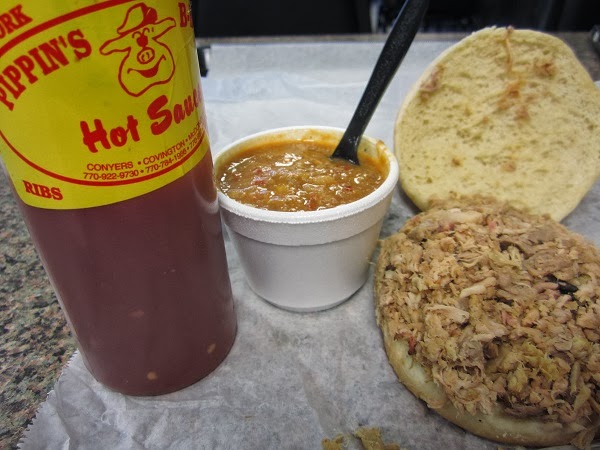 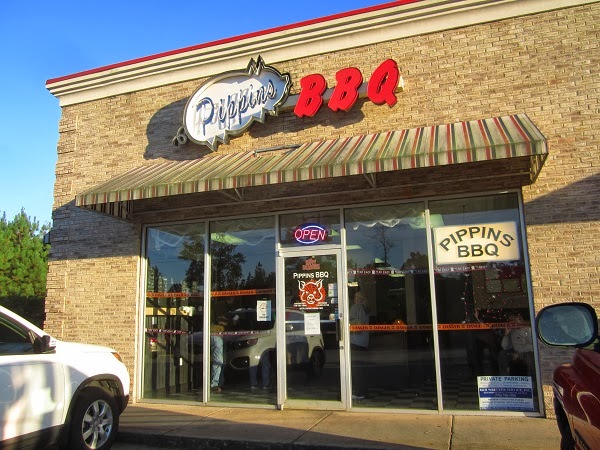 Ray Allen opened the original Pippin’s in 1986, and apparently the meat is smoked over hickory at the Rockdale County store and then some of it is shuttled out to the Covington store, which is on one corner of a small shopping center anchored by a gas station, where it is reheated. They do all the Georgia barbecue basics – Brunswick stew, slaw, potato salad – and offer mild and a hot sauces that each duplicate the taste of commercially-available bottled sauces.

I did not enjoy any the food at either place, sorry to say, but, for the sake of my complete-all-the-things gene, here they are. Later this week, happily, a return to form at a place where everybody in the family enjoyed all of the food.

One thought on “Finding the right words can be a problem.”