A few weeks ago, I was driving through Rockdale County and saw the original location of Pippin’s Bar-B-Q. I chewed on the possibility of stopping for a moment. It was true that I did not particularly enjoy their satellite store in Covington when I stopped there in November of last year, but I reasoned that some places are better at the original than in secondary shops. Also, I’m almost never in Conyers, so I might as well pull over.

Pippin’s has been bringing in crowds for 28 years, so they’re certainly doing something right, but it’s not a style of barbecue that I particularly care for. I didn’t taste much smoke in the meat, and thought it was too moist. (Incidentally, despite the sign claiming that this is “real pit cooked barbecue,” it is prepared in an Ole Hickory brand upright steel smoker.) The sauces didn’t bring out or add much flavor at all.

I do like the old building and the nice community feeling. As the place slowly filled up behind me, it was with one old friend or acquaintance after another. Every single person who entered the restaurant, and there were plenty of them, waved a greeting to somebody inside whom they knew. No, I didn’t care for it, but this is a place that brings out so much love in its Friday night regulars, so let’s just say that not all barbecue joints are for all guests, and leave this beloved place to the good people who adore it. 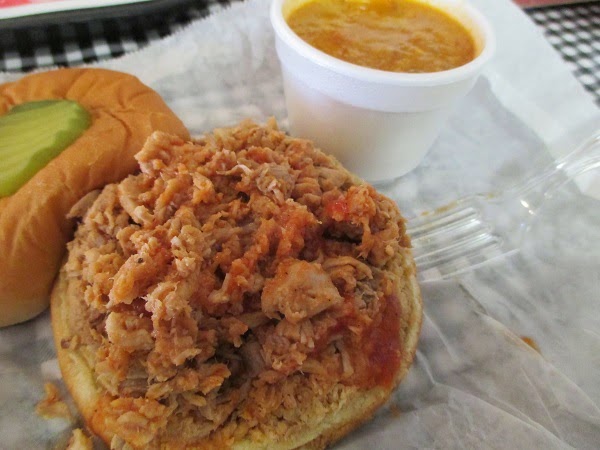 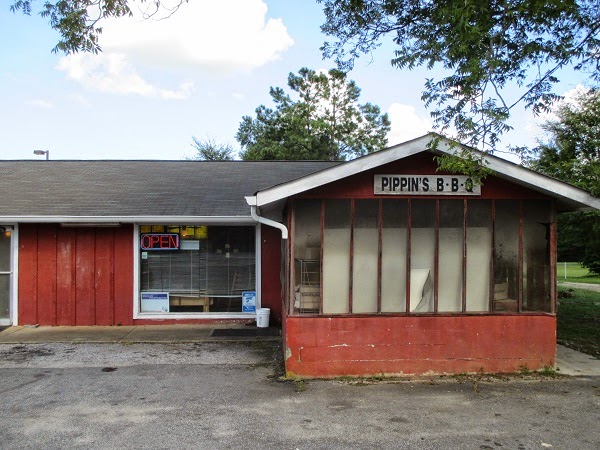 I imagine that when Jerry Walker opened Mad Dog’s BBQ, literally on the corner opposite Pippin’s, in 1994, it sparked a raised eyebrow or two. I figure that it’s pretty bold to move into a patch that has been established for eight years already. At the time, the shopping center had been anchored by a Kroger and was pretty big and thriving. Now, the center is slowly crumbling and looking for new tenants. Mad Dog’s space is one of about half that are occupied.

Mad Dog’s stands apart from Pippin’s with a very different take on the meat. Unlike the older place’s slightly mushy and white pork, this is pulled, pink and full of chewy black bark. It’s seasoned right, really smoky, really tender, and incredibly tasty. I enjoyed the sandwich here a lot, and wish that Mad Dog were not so far away because I’d like to stop in again sometime soon. 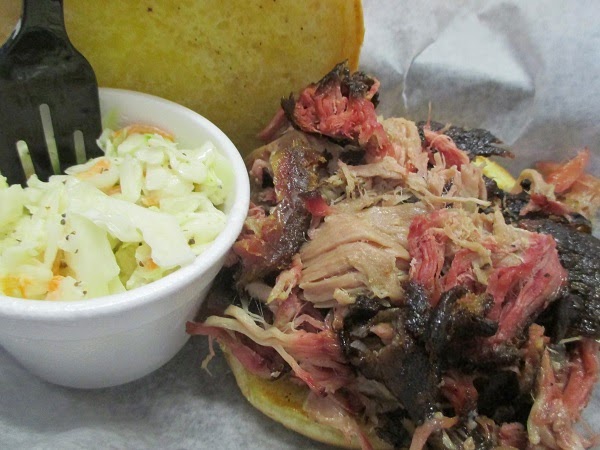 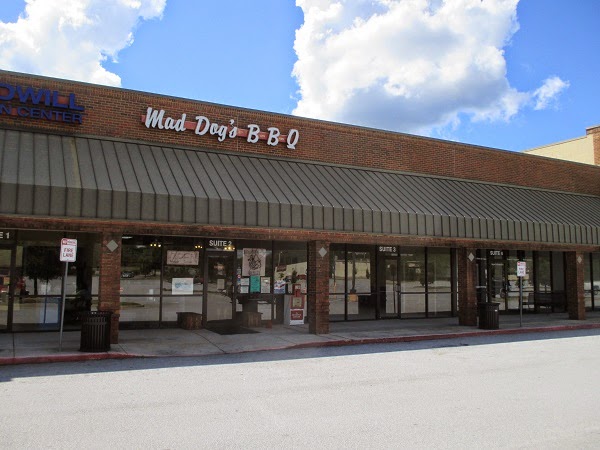 Interestingly, both restaurants seem to do really well with the local newspaper’s awards for best barbecue in the area. From what I recall, the awards seemed to go back and forth. One year, Mad Dog’s will win and the next, Pippin’s will. Both have terrific reputations among the locals and both bring in a big Friday evening crowd. One thing’s likely: if you don’t really care for one, then the other is just a short walk away and is pretty certain to please you. Why not try both and let us know what you think?