There is a lot of history in Asheville. It’s more than the beautiful mountains; when you get into the city, the shadows of Vanderbilt and Fitzgerald loom large. The buildings are old and beautiful; you can see tasteful art deco designs on so many places. However, almost all of the businesses that inhabit these buildings are much, much newer. In 2011, The Three Brothers closed after a 52-year run. That seems to have been the city’s oldest locally-owned restaurant. Now, the oldest is Little Pigs, one of a handful of survivors from the 1960s-era Little Pigs of America chain, and it’s certainly due to be visited one day soon. The second-oldest in the city is Mediterranean Restaurant, which opened in 1969.

Don’t let the name fool you; Mediterranean Restaurant is a lovely, no-frills, classic American greasy spoon. The only concession to the cuisines evoked by the name is a gyro platter and some paintings and photographs of coastal towns in Greece. 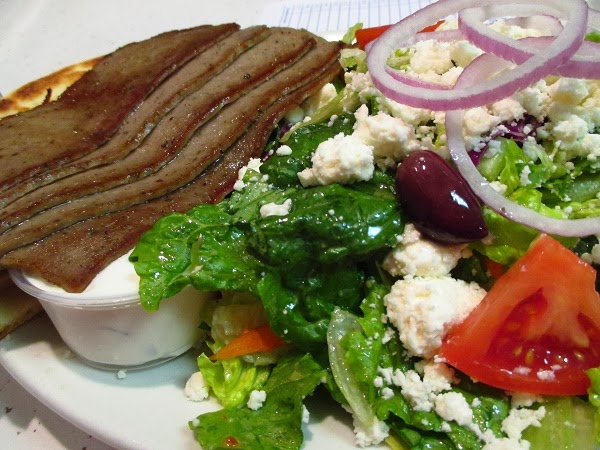 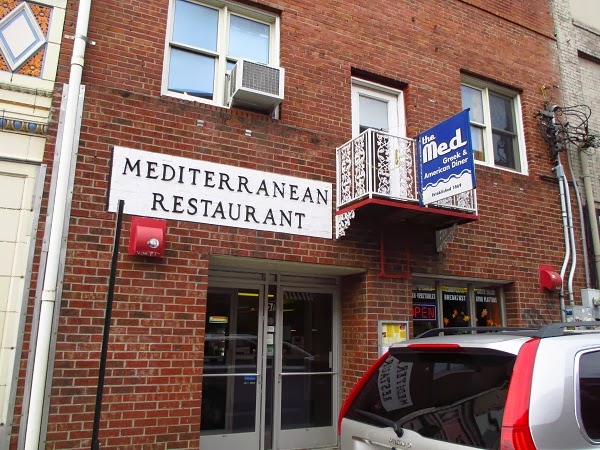 I spoke a little with the co-owner Paula Apostolopoulos, who bought the business in 1975. Prior to 1969, two separate businesses were in this space, which is why you see two different glass doors next to each other in the photo above. There was a basic lunch counter on the right and a little larger space on the left. It’s a shame that nobody photographed the interior in the 1960s (I did today, it was awful, don’t ask) because I bet the lunch counter space was just tiny.

As you see in the photo, I ordered a gyro platter with a Greek salad. The meat was completely terrific and I loved the thick tzatziki sauce. The salad was less of a thrill; as expected, it was basic iceberg lettuce with a handful of other veggies, feta cheese and lots of dressing. I had enough to satisfy the nagging need to have some vegetables and saved room for other meals elsewhere. No, this stop was all about the perfectly seasoned lamb, not really greasy at all for a greasy spoon. This place is the spiritual kin of Mayflower Restaurant in Athens, a place where time stopped not long after the business opened. I can’t imagine that very many food tourists who are coming to Asheville for all the excellent farm-to-table places and fancy eateries will find a reason to stop here, but for a quiet trip into the past in the company of good people and comfort food, this place is definitely worth a visit.

We resumed shopping after waving goodbye, and then my daughter pulled us into the second half of her lunch. This was her third trip to Asheville, and she wasn’t about to leave without a visit to Double D’s, which is her favorite coffee shop in the world. She got some peppermint thing while the baby ran around the courtyard and reminded us that he’d had no nap, and did not intend to, either. 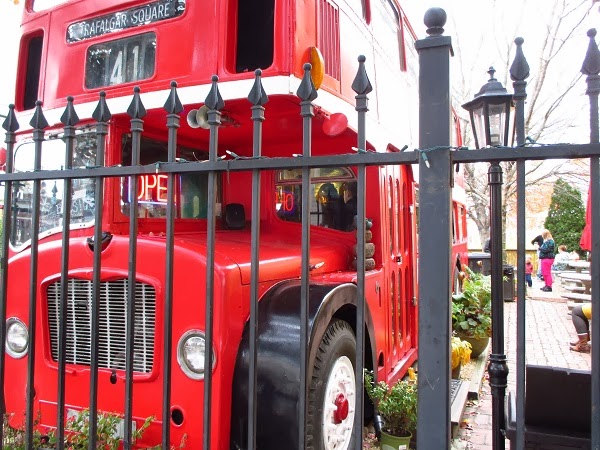 We continued walking down Biltmore Avenue, but our next destination was too busy to serve us. I had wanted to sample a beer or two at Wicked Weed Brewing, but if I had thought that Lexington Avenue Brewery had been packed and wild, then I hadn’t seen anything yet. Three in the afternoon and this place looked like nine on a Friday night. The bar was stacked three-deep and the hostess was quoting a ninety minute wait for a table. My family was shopping at the French Broad Co-op Grocery Store across the street; I gave up and messaged my daughter to meet up at Mamacita’s Taqueria. 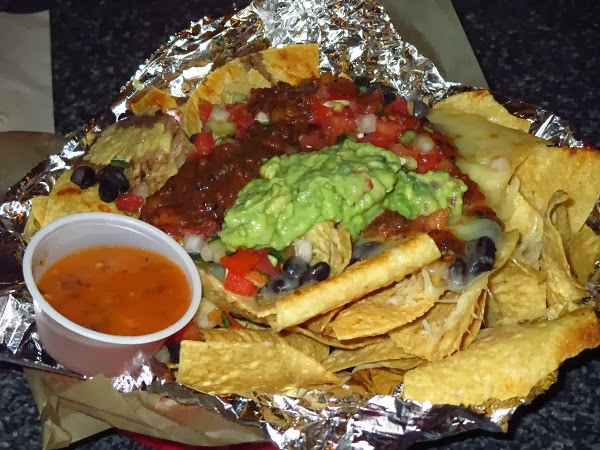 This is a locally-owned take on the cafeteria-casual burrito joint popularized by Willy’s Mexicana Grill and all of its imitators. It has its fans – the blogger Citizen Thymes raved about it early last year – and the nachos that we ordered to sample and share were certainly good enough to make me want to explore the menu in more detail another day. I liked the salsa bar; they labeled one as mild, and one as medium, and one as hot, and another as “magic.” There’s a twinkling sense of fun in this place, and the food is tasty as well.

We had a few hours to kill before another meal. We gave the baby a good Mercy Break at the public library, and did some shopping at some more stores, including the remarkable Malaprop’s and some much-loved chocolate places. More about the chocolate in a couple of days.

2 thoughts on “Panic on the Streets of Asheville – part two”