While we enjoyed Community Pie, it had not been on our radar for an immediate return visit. Late last year, they reached out to us and let us know about an interesting change to their menu and insisted that we pay them a visit on their dime. I said that another trip to Chattanooga wasn’t on the immediate agenda, but they wouldn’t take no for an answer and sent us a gift certificate anyway.

When the restaurant opened in late 2012, the owners, Mike and Taylor Monen, were proud to claim that they were Chattanooga’s only stop for Neapolitan-styled pizza, which is my favorite style. But after some consideration and feedback, they decided to flex their muscles and do something different, which none of Atlanta’s celebrated double-zero Neapolitan pie joints (Fritti, Varasano’s, Vingenzo’s, and more) can claim. Community Pie added New York-style slices to the menu, made with the same care and ingredients. Nobody else, in our experience, does both.

I can’t imagine anybody would find such a task easy. The different styles require everything from different ovens to different levels of attention. There is some overlap in the ingredients. Their Neapolitan pies are made with the snob-mandated double-zero flour and San Marzano tomatoes, and these are used in the New York-style pies. The result is very good, and not unlike Timone’s Local Pizza Joint in Atlanta. It’s taking a familiar product and ramping up the quality through the use of genuinely superior ingredients and care. 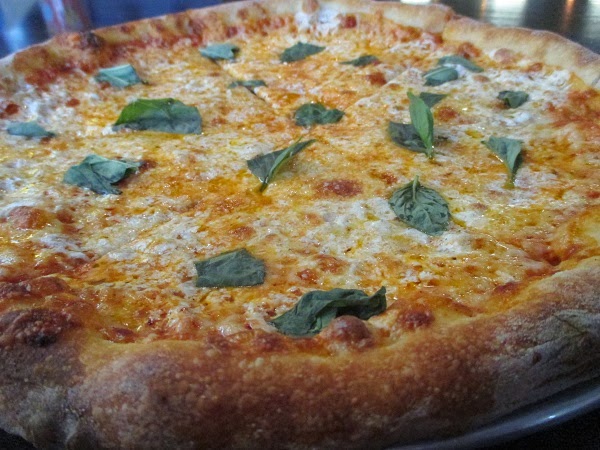 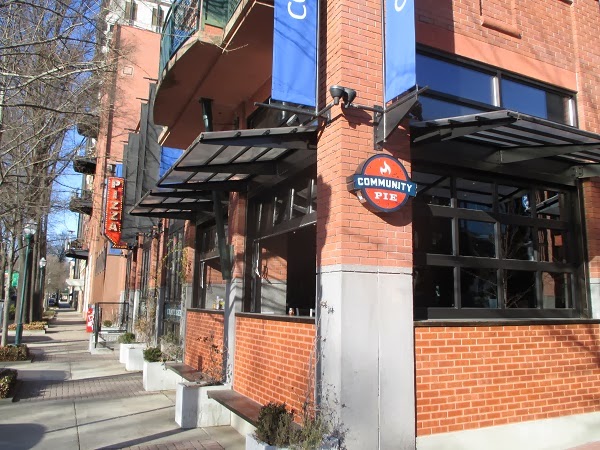 The New York-style pizzas are available by the slice as well as whole pies, either 14-inch or 19-inch. We chose to try one of the more basic pies, without too many ingredients, and settled on the DeMarco. This is a very simple pie, and, considering how increasingly, astonishingly, mercurial and unpredictable the girlchild has become with her pizza toppings (even by her remarkably odd standards), was probably the only thing we could have ordered that wouldn’t have sparked an argument. It’s simply that wonderful sauce, with mozzarella and romano cheeses, and olive oil and basil. It didn’t need a darn thing else. Something as simple as that, made with care and attention, works just fine by us. 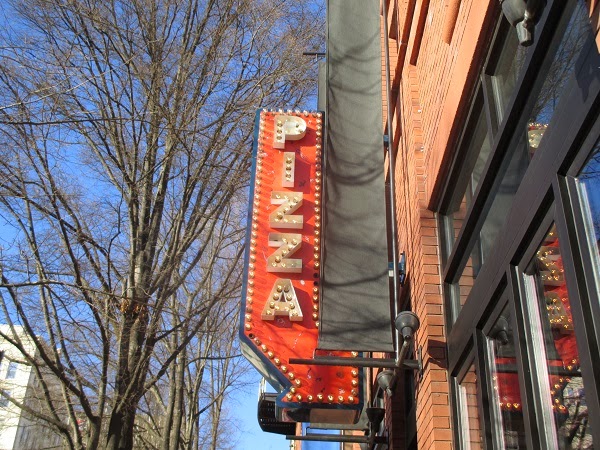 We were there to try the pizza, but a trip to Community Pie simply isn’t complete without some gelato. The serving rules here are the same at the owners’ nearby Milk & Honey: you can get up to three different flavors in a cup, and Marie and the girlchild were both really pleased with what they picked. They mixed and matched everything from salted caramel to the signature milk and honey to a surprising hot chocolate – hot as in “spicy,” not “with marshmallows” – and we returned to Georgia full and happy.

Other blog posts about Community Pie: