Department of long stories department: I really enjoy and respect blogs that are started with a specific goal and timeline in mind, so that they can tell their story and bring it to a close. One of these is Chattaburger. Over the spring and summer of last year, three guys picked seventeen of the best-known burger joints in and around the Scenic City, visited and wrote up each, and brought their blog to a satisfying, planned finale. That is a million times better than what often happens to blogs. Most of us hobbyists reach a sad conclusion where there’s a six-month gap in posting, and then the final entry is one that says “Sorry I’ve been away, life has been soooooo busy, but I’ve got a lot more to say and will be back with more soon!” That was in 2012.

Tremont Tavern was not their pick for the best burger in the city, but their review brought it to my attention, as did a host of customer comments all around the internet. Chattanooga’s top blog, Chattavore, reported that pretty much all of her readers rave about it, and, this past summer, the Tavern’s owner Dustin Choate decided to start grinding the restaurant’s meat in-house. In recent years, the area has become home to quite a few upscale burger places, including Urban Stack, which we’ve visited, as well as newcomers like Merv’s and Sofa King Juicy Burger, which we haven’t. Older veterans like Magoo’s have recently upped their game. The people at Tremont Tavern wanted to set themselves apart from the crowd by making their own blend instead of relying on Angus patties like their competition. It worked. With the caveat that we’re far behind the curve in exploring hamburgers in Chattanooga, these are the best that we’ve found in the area, and put their peers in many other cities to shame. 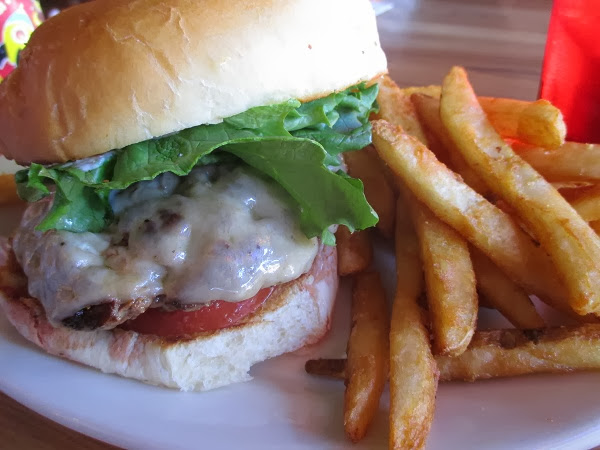 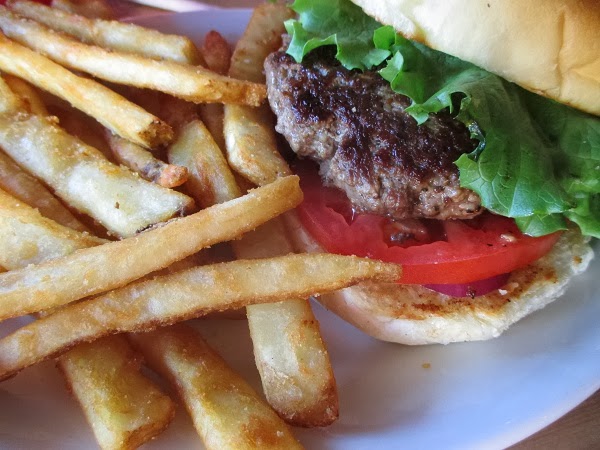 We arrived in the mid-afternoon on Sunday and parked on a nearby street – they don’t have their own lot – and made the short walk over. The toddler had napped, mercifully, between Nashville and ‘nooga, even continuing to doze while we stopped for gas and for Russell Stover chocolates in Manchester. So he was in a good mood, but really wasn’t interested in eating.

Marie had the standard Tavern Burger. It’s a half-pound patty with lettuce, tomatoes, onions, mayo, mustard and ketchup. Nothing fancy or odd, but we’ve concluded that the best way to judge a burger is by keeping it simple, and this is just such a tremendously good burger that it doesn’t need fried eggs or guacamole, although those options are certainly available. Mine was the “legendary” Havarti Tavern burger, which adds some melted Havarti cheese and has a good smear of a housemade horseradish mayo in place of the other “wet” condiments. It oozed with juice and was so incredibly good. 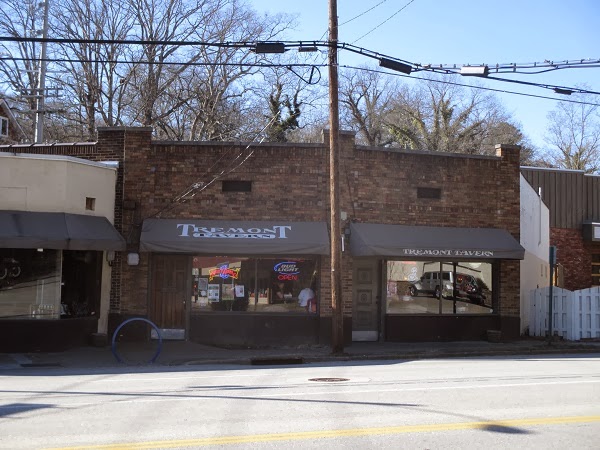 Tremont Tavern has a great reputation as one of the area’s best beer bars, with 21 on draft and more than 100 different bottled varieties, including Highland Brewing, which I enjoy so very much, and the local fave, Chattanooga Brewing Company, which I really do intend to try one of these days. The space is a little larger than it first appeared. When we stepped in, the doorway to the right, beside the bar and leading to another, larger, seating area, was blocked by three fellows in a huge party crowded around the closest table, and we didn’t notice that the room was actually twice as large as it first appeared until we were almost finished with our meal. It’s a great little neighborhood place that’s welcoming to everybody, an excellent menu, great burgers and terrific people. It was surely one of the high points of this trip and I’d love to visit again one day.