It’s an unfortunate mathematical reality: every time I take a big eating tour and visit a whole pile of restaurants across two days, one of them is going to be my least favorite. I don’t wish to linger on such things, and so here, briefly, is Hursey’s. 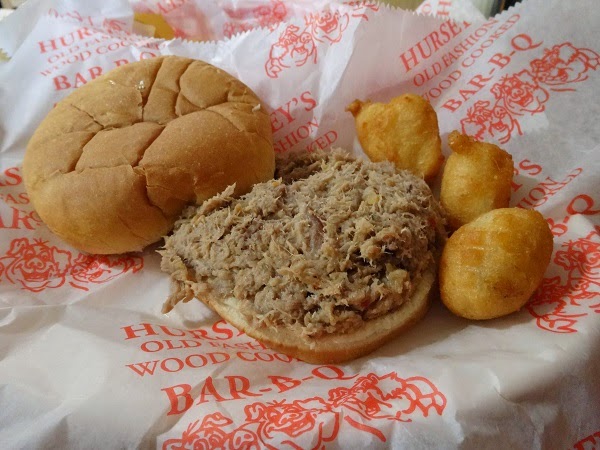 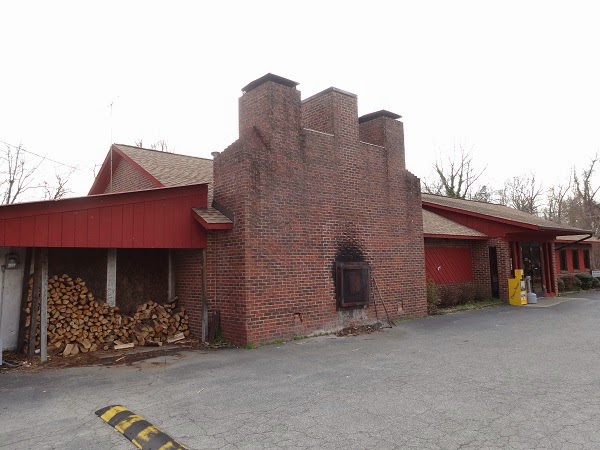 Mine is not an opinion shared by most. This is a hugely popular restaurant in the Triad, with two full-service locations and an “express” carry-out place about four miles west of the main store in Burlington. When I arrived, a little before six, the place was completely packed. This is where the locals eat. The people of Burlington love and support this place, but it just isn’t the flavor that I prefer.

They smoke shoulders in a really fascinating indoor pit with three chimneys. Unfortunately, the meat then tastes like it sits in a steam tray, buffet style, for quite a long time before being served. I didn’t taste any smoke at all in the barbecue, only the same mushy meat that you get at many South Carolina joints. Many of those tend to be incredibly popular as well, but I have not developed a taste for this style.

When I did my circumnavigation of South Carolina, I came home actively disliking three of the twelve places that I visited, and was underwhelmed by four others. Of those seven, five were steam tray buffet places. The only steam tray-style that I liked was Shealy’s, which uses a mustard sauce. On this trip, only one of the twelve stops left me really unhappy, so the Tarheel State’s batting average is much higher. I may not have one single preference for a barbecue style that I like the best, but I have a pretty good idea about what I like the least.

Returning to Hursey’s, I ate about a third of the sandwich’s meat and dipped a couple of the hushpuppies into Country Crock brand honey butter, left a generous tip and scrammed. Since this isn’t my style of barbecue, this would have been a disappointing experience any time of the day, but coming between the twin peaks of Allen & Son and my next stop, it was especially so. The next time that I’m in Burlington, I’ll try a burger at Skid’s Drive-In.

Other blog posts about Hursey’s Bar-B-Q: