Marie and I celebrated five years of her putting up with me a few weeks ago. Well, actually, it’s been more like twenty, but it’s only been five years of her doing it deliberately. And because we’re the most romantic souls in town, we did it getting dust and gravel on our shoes and eating at two separate food trucks. As is distressingly common, in order to make up for the karmic retribution of me totally getting the better end of the “married to an awesome person” arrangement, she got a much, much better meal than I did. This happens often enough that I simply shrug it off as “menu envy.” This was the first time it was applied to an entire truck, however.

After we left the kids in Smyrna, we drove over to the Atlanta Food Truck Park at Howell Mill Road and found that the joint was far from jumping. There were only five supper trucks present – the fewest that we had ever seen there – but one of them was Crêpe Suzette, which I was certain that Marie would enjoy. She did. 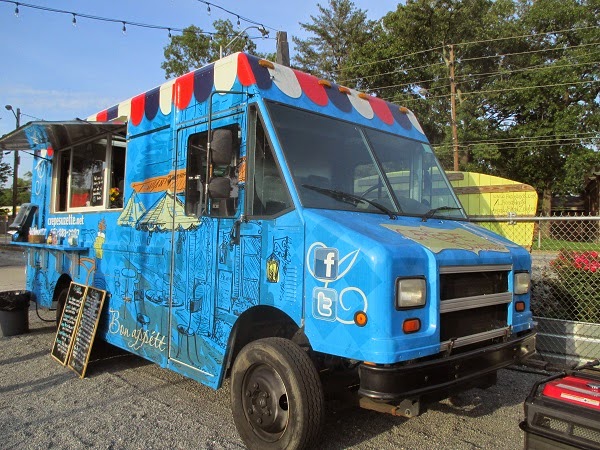 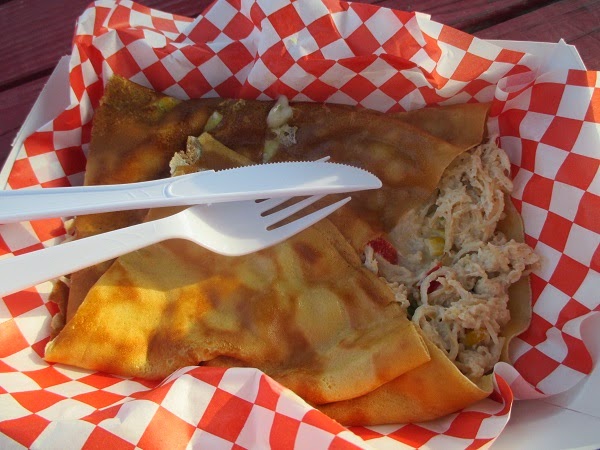 She had a southwestern crêpe, full of very flavorful, perfectly spiced chicken and spicy vegetables, and was really pleased with it. This truck started rolling about ten months ago, and they have some really terrific menu items, nicely priced and ranging from the traditional to the unconventional. The people working the truck were completely lovely and friendly.

We were surprised by how few people were out at the park that evening, though. It was a gorgeous day, not hot at all yet, but there couldn’t have been more than fifty people there. There were only five trucks offering supper, and three offering desserts, plus a King of Pops cart. Perhaps there are more events and locations than the trucks in Atlanta can effectively cover; all indications are that the weekly shindigs in the suburbs are still very well-attended, so this lack of selection was very surprising. We’ve never seen it anywhere near so dead. I hope that it’s just a one-off.

Sadly, while Marie was enjoying a brilliantly wonderful crêpe that just made her evening, I paid ten bucks for some gas station-quality nachos from a truck called Flightless Byrd. This did little to make me feel good about the park’s future. And with that, we’ll move on. 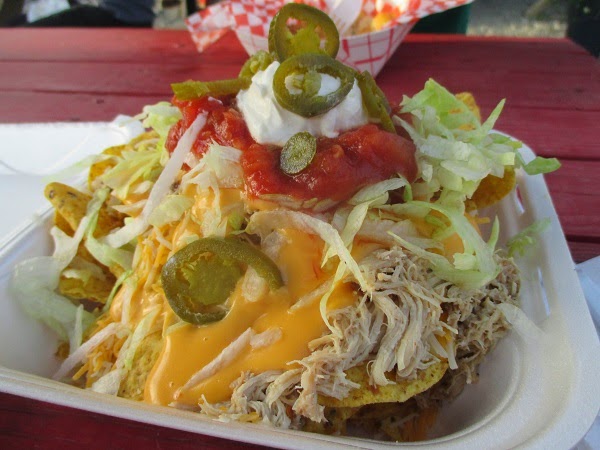 The rest of the night was far better. We stopped by Star Provisions for Marie to buy some L’amuse gouda from the cheese shop, and by Chocolate South to buy a couple of lovingly-crafted treats. Then we went on to Terminal West to see Katie Herzig. We had some non-alcoholic goodies from Fentiman’s before the show – ginger beer and rose lemonade – and enjoyed the concert tremendously. I got a set list from a roadie and Marie got Ms. Herzig to sign it. She had a good enough evening to make it seem plausible that she might put up with me for another twelve months or so.