Marie and I had been looking forward to getting together with Andy and Jo from Burgers, Barbecue and Everything Else again for a few weeks, and weren’t sure where we’d like to go. Fortunately, Andy had a really interesting shortlist of good ideas and Baraonda, which has been packing in the pre-theater crowds just a block away from the Fabulous Fox, stood out. 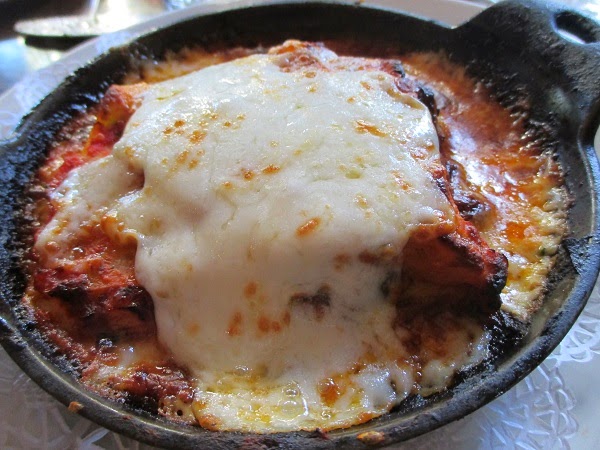 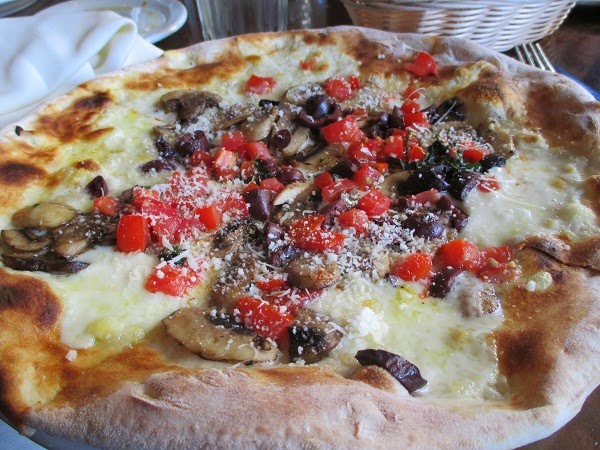 Now, that first picture… I have to apologize for that. You should probably all know that lasagna is among the least photogenic of all dishes, and even if we had good eyes and good equipment, I doubt we would have shot something that looked good. But I felt that we needed to share it, because Marie called it the best lasagna that she’d had in years. She told our server that every once in a while, you order something that reminds you why you keep ordering it here, there, and everywhere – because once in a great while, you have a dish that really meets your desires. The sauce was completely delicious and it was cooked perfectly.

Against all the praise that she lavished on the lasagna – one would think that my excesses of hype are rubbing off on her! – anything that I have to say about that pizza will sound quite modest by comparison. The Rustica is a steal at only $12 and it is quite good. I think that when Baraonda opened in 2001, there were not very many pizzas like it available around Atlanta. Fritti, Varasano’s, and Antico were all a few years in the future. Interestingly, a framed story on the wall of the lobby from the AJC back in the day describes Baraonda’s pies as Neapolitan. This was before Atlanta got true Neapolitan pies, and these days, the servers describe them as “Roman-style” pizza.

They have a little more in common with Varasano’s than the traditional styles you see at many other places, and they’re very good, but the pies here are simply so outclassed by the competition that on a future visit, I would prefer to have a pasta dish or something else. Andy ordered the Guanciale, braised beef cheeks from the local Brasstown Farms. This is traditionally a pork product, I believe, and so this was a little surprising and very good. Andy also had the gigli pasta, which came with wild boar sausage (!), cherry tomatoes, and rapini, which is a bit like broccoli. 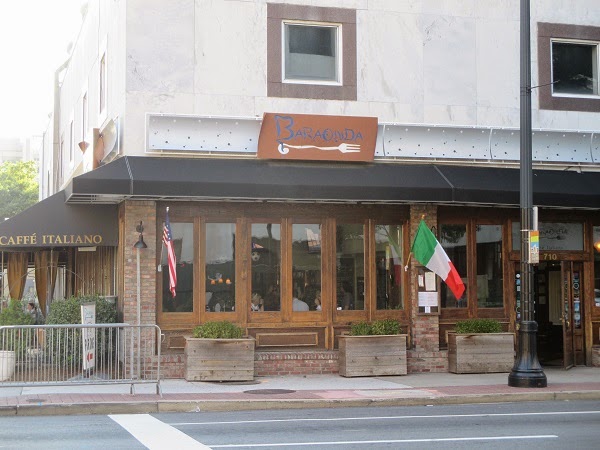 Baraonda will validate your parking in a lot across Peachtree for two hours, so you can’t quite get away with parking here, having supper, and then seeing a show at the Fox, but two hours should be plenty for a nice meal here. We really enjoyed it and wouldn’t mind returning sometime down the line.

Other blog posts about Baraonda: