For a few years now, I’ve been telling people that Poole’s serves up the best barbecue on the I-575 / GA-515 corridor through north Georgia. In today’s chapter, unfortunately, honesty demands that I mention that they had a little stumble with me.

We were up in the mountains because we wanted to take the three year-old apple picking at one of the many orchards in Gilmer and Fannin County. Marie selected Hillcrest Orchards on GA-52 as it was one we hadn’t heard about and it might not be completely packed with tourists like Mercier often is in the early fall. We went on the last Saturday in September, hoping to avoid the gigantic crowds that come to the area during the two weekends of Ellijay’s Apple Festival in October. After starting off the day with a pretty good lunch at Joe’s BBQ (“very good” – Marie), we had lots of fun at Hillcrest, heard some live country music, and startled our child with a talking animatronic cow.

About 2 pm, we joined the line at Poole’s. I don’t know that I’ve ever come here and not had to wait in the line. It might not be Franklin Barbecue-long, but guests will still have to wait at least twenty minutes before getting something to eat on a Saturday. 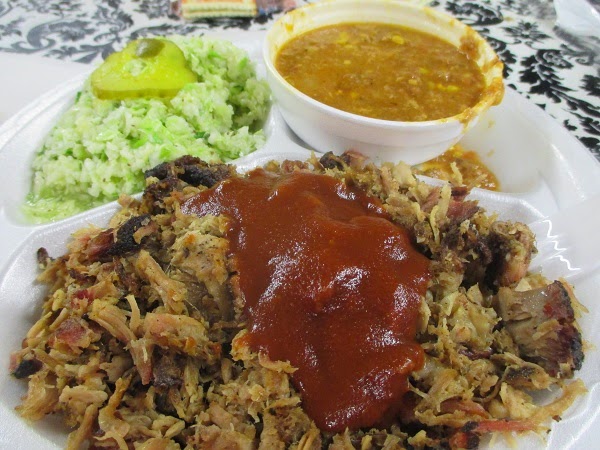 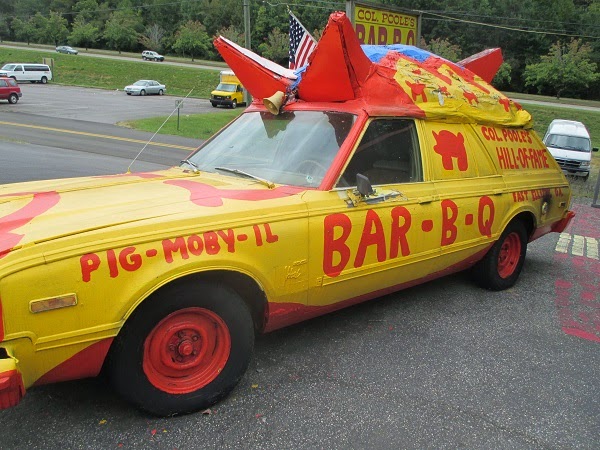 In 2010, I wrote about the pleasant surprise of visiting Poole’s and having a great meal (here’s that chapter). We’ve stopped in twice since and really enjoyed the dry, smoky, and very flavorful meat. Prior to blogging, I’d honestly dismissed Poole’s as greasy pork with a heckuva great, colorful gimmick, but he changed his preparation and techniques in between my visits in 2005-06 and the start of our blog, and came up with a far superior product. Incidentally, for the Coca-Cola loyalists among you, he dropped Pepsi for Coke around the same time. Even though we’re only ever going to order tea or water with our barbecue, I still go in there expecting to see a Pepsi machine.

This trip, unfortunately, the meat was dry and it was smoky, but flavorful it was not. Sometimes with barbecue, you get different results from the same cut, the same wood, and the same length of time smoking it. Perhaps Col. Poole got these shoulders from a different supplier? Whatever happened, I’d rather not belabor the point, but merely note, with some sadness, that a restaurant that has been batting it out of the park for a few years had an off day. Happily, the stew was still excellent and incredibly rich, and his slaw, so zingy with vinegar that every one of your teeth will stand to attention, demands to be shared with all your friends. 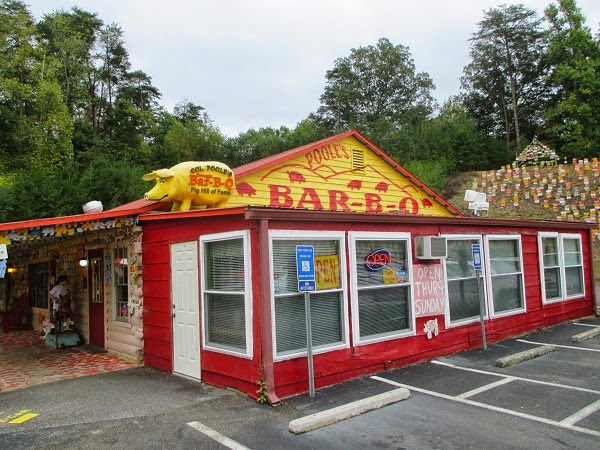 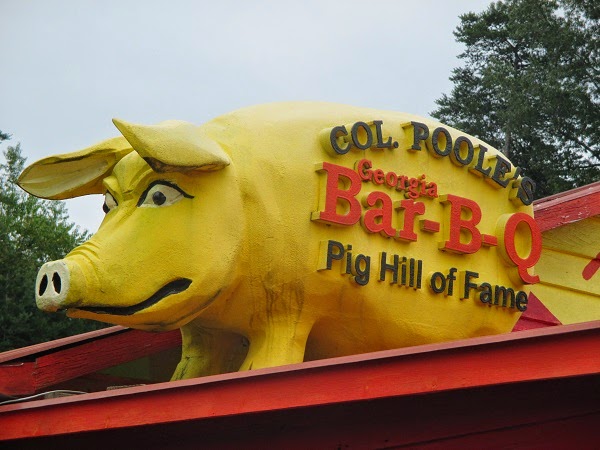 Even though the meal was a little underwhelming, I’m glad that some things about Poole’s never change. The colonel appears to have somehow kept the same great employees for the last eight years. Every face that we saw seemed to be a familiar one. The building and his wacky folk art car remain as garish and ridiculous as ever. I think that the next time we’re up this way, we’ll try and hit two new-to-us barbecue joints, but we’ll certainly be back at Poole’s one day down the road and give the good colonel another try.

Other blog posts about Poole’s: