Last month, I indulged on another barbecue road trip. I’ll relate the details in the next chapter, and use the space here to talk about my experience at one of South Carolina’s best-known barbecue joints, Maurice’s. It’s a pretty large family-owned business, similar in size and local impact to, say, Country’s Barbecue in Columbus and eastern Alabama, Buddy’s in Knoxville, or Golden Rule in Birmingham. The business as we can perceive it today dates back to 1953, but it claims a somewhat older lineage on the strength of its bottled sauce, which the current owners’ grandfather, Joe Bessinger, began selling in a restaurant in Holly Hill SC in 1939. (A restaurant called Villa Tronco, also in Columbia, claims to be the oldest continually-operating one in the state, and was founded in 1940.)

Joe’s son Maurice (pronounced muh-REES, something I’d always wondered) took over the business and opened the first Piggie Park Drive-In – unrelated to the Piggie Park Drive-In that’s in Thomaston GA – in the suburb of Cayce in 1953. The business moved a few miles away to its present home a few years later, and from there, Bessinger launched an impressive business. Much like Shealy’s in nearby Batesburg-Leesville, the business offices and bottling facilities are across the parking lot from the main restaurant, and the bottles can be found in grocery stores throughout South Carolina. Around the time that the drive-in lost popularity – but not before making a minor celebrity out of a carhop named Miss Nell, with her spectacular beehive hairdo – Bessinger began opening additional locations. Today, there are fourteen Maurice’s BBQ restaurants around Columbia and nearby towns, but I wanted to visit the main store, which, even without the phone boxes for carhops, still has the lovely old canopies and a terrific, huge, roadside sign. 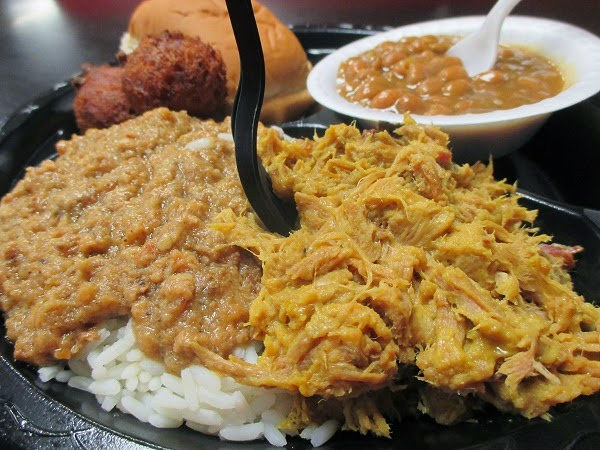 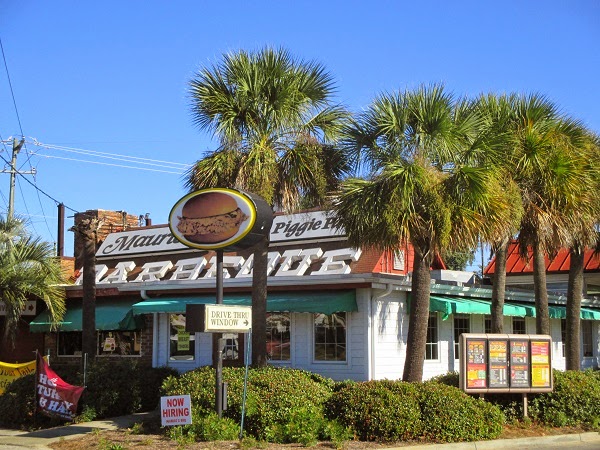 I didn’t, however, plan to spend my money there while Bessinger was still living. He was a hugely controversial, very divisive man, with unfortunate and very public views about race and the past which have remained a PR nightmare for the company, and which, in all fairness to history, reports like this should, sadly, mention. Happily, his children, who now run the business following the passing of their father this past February, have made the sensible decision to be inclusive and welcoming to everybody, in every way. They want all of their guests to have a good experience here, and enjoy their celebrated mustard-based barbecue sauce. 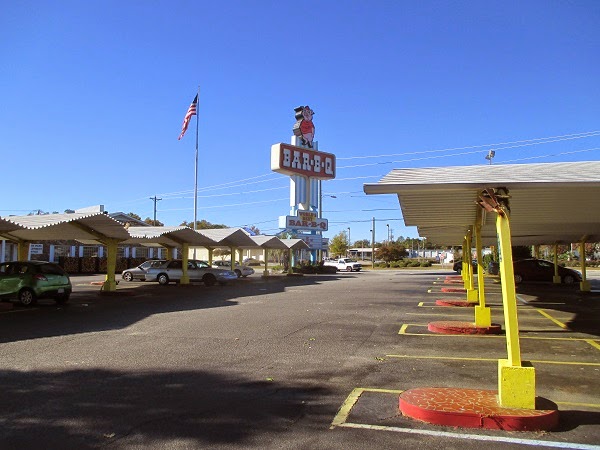 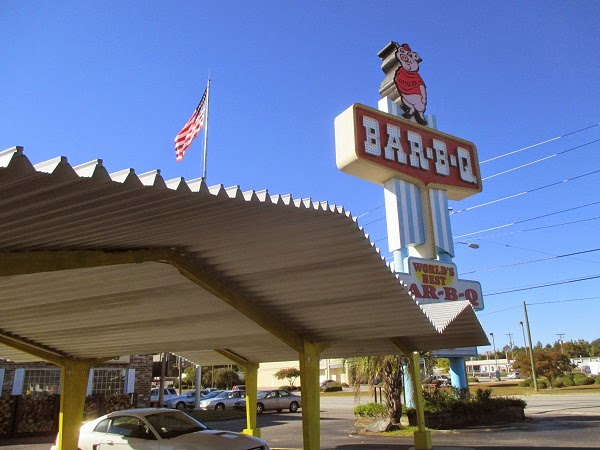 To be clear, Maurice’s is exactly what we’re talking about when we reference South Carolina mustard sauce. This “Carolina Gold” – along with the sauces at Shealy’s and at Jackie Hite’s – defines the sauce region of the Piedmont. Mustard sauce is not my favorite, but I do enjoy it once in a while, done right, and Maurice’s does it really well. I had a plate with a side of hash over rice and started my day off in a terrific way. The hash was very nice, thick and flavorful, and the barbecue had a perfect texture with just the right amount of sauce cooked into it, not quite enough to overpower the flavor of the pork. This was, simply, a darn good lunch.

Like many places in South Carolina, there’s a buffet option at this location, but they also have a drive-through window and a large menu for people like me who’d rather customize something a little smaller. Their small sandwich – apparently slightly larger than a slider – is called a “Little Joe,” the name of their pig mascot.

Eleven of the Maurice’s BBQ locations are around Columbia and its suburbs. There are three others a little further out, in North Augusta, Orangeburg, and Santee. The beautiful sign and the canopies call out for another visit, but perhaps the next time we’re in this region, we’ll try one of the other stores and see how those look.

I left Columbia with a full tank of gas about 11:45 and had quite a lot of driving still to do. It wouldn’t take too many miles for my optimism to fade somewhat, though…