When we visited Jacksonville in December 2013, I had hoped to stop by Whiteway Delicatessen for lunch. It’s one of the city’s oldest restaurants, and said to be one of the best places in town to sample one of Jacksonville’s iconic rider sandwiches. Unfortunately, we had to come on a Saturday, when they’re closed, so we made do with a rider from the small chain The Sheik instead. It was a pleasant little oddity, but pretty far from being worth a really long drive.

Whiteway, however, is absolutely worth it. This place is terrific. The difference between the two sandwiches could not be greater. We arrived a little after ten in the morning and sat down to what is, flatly, the best meal that we’ve ever had in the city. Marie ordered a Dr. Long rider, with pastrami, salami, turkey, Swiss cheese and tabouli, and I had a Mac McGehee, which was much the same, but with banana peppers in place of the salami. These were not the run-of-the-mill cold cuts that we got at The Sheik last year; this was really high-quality meat, and the tabouli was completely delicious, honestly even better than what the best Mediterranean restaurants in Atlanta prepare, and goes so well with the meats on the sandwich. 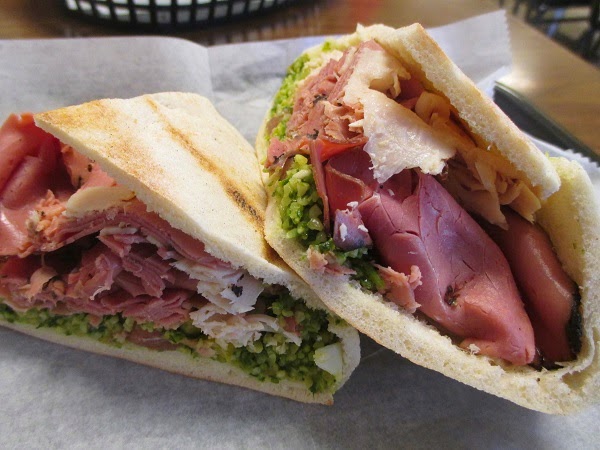 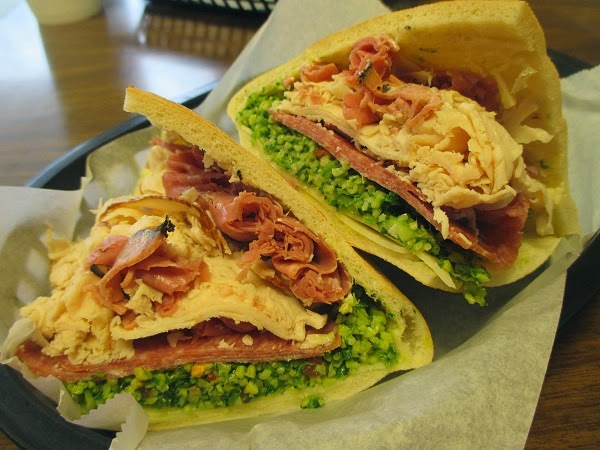 Whiteway Delicatessen opened in 1927, about a block away from its present location. It got the name because of the beautiful street lights that were installed at that time, and moved to its present home in 2009. Most of its sandwiches are named for famous Jacksonville residents and customers. Mac McGehee, for instance, is a bigwig at the city’s well-known Mac Papers, an envelope and paper company that his grandfather founded in the sixties.

This restaurant is also still in family hands. Sam Salem’s father opened the place, and he’s been working here all his life. If things are a little slow, he’ll make the rounds of tables, but otherwise, he’ll catch up with you when you take your payment to the register after eating. I told Sam that I wasn’t sure who Mac McGehee was, as I’m not a local, and explained that I read about his restaurant at (among other places) the wonderful food blog Sweet Tea and Bourbon. (Then I drew a dimwit blank on Mike’s name and looked like a complete ass. Sorry, Mike!) Sam said that he hoped that he’d see us again and refilled our cherry limeades.

Now. About this cherry limeade. I get a bucket of this stuff whenever I visit a branch of the Jacksonville-based Firehouse Subs. I got some at The Sheik. I have even been known to horrify some North Carolinians of my acquaintance by putting limes in Cheerwine. Whiteway Deli makes the best cherry limeade I’ve ever had. It is sweet and very lightly tart and not too fizzy and I wish that I had a gallon of it in my fridge right now. 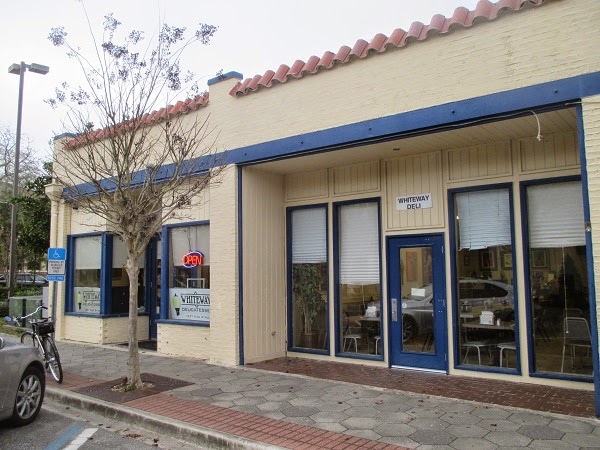 The other thing that we missed out on when we made last year’s Saturday trip to Jacksonville was a ride on the city’s Skyway monorail, which is also only open on weekdays and for special events. It’s free and a fantastic little treat for three year-old boys. After some small hesitation and worry – he’s not “scared” one-tenth as much as he loves pretending to be scared – he climbed onto the front to look out the window and said “WOW!” the whole twenty-minute trip from the Kings Avenue station across the river to the Convention station on Bay Street and back. If you’re visiting Jacksonville with little ones, we can’t recommend this highly enough.

I really did want to stay in the city for much longer, as we had some pretty promising restaurant suggestions from my friend Jessica from the defunct blog First Bite, but we had business further south in central Florida and had to get moving earlier than I would have liked. More on that in the next chapter.

Rather than running down a list of places that have written about Whiteway – it’s a long list – let me again refer readers who are curious about Jacksonville’s rider sandwiches to this phenomenally good story by ViCARIous, which really impresses me with its research and thoroughness. I sincerely wish she’d resume writing; she’s among the very best in our hobby.