A few weeks back, while Marie was working, I left the kids at home and went to join our friends Helen and Vincent, and Adam and Emily from Spatialdrift, at Calcutta Palate, an Indian restaurant that’s located right next door to the Buford Highway Farmer’s Market just outside the perimeter. I’ve often been surprised that there are not more Indian buffets along Buford Highway; while there are several dozen Indian restaurants in the Atlanta metro, this is among the least well represented among all the cuisines of the world on this particular corridor.

The backstory behind Calcutta Palate, and its curious building, has proven to be a little confusing. From reports that we’ve heard, it has proven to be oddly difficult for many people to find. It’s a separate building in the same parking lot as the farmer’s market; if you’re standing in the lot looking at BHFM, then it’s in front of you and to your right in the section that many shoppers, particularly on a Saturday, will use as overflow parking. At the edge of this section is a memorial for Doraville Police Detective Hugo Arango, who was killed in the line of duty here on May 13, 2000 while responding to reports of somebody breaking into cars in this lot. At the time, the building was home to a nightclub called Eclipse that catered to Spanish-speaking guests.

Since all of the many businesses that surround this parking lot use the same address – 5600 Buford Highway – my rudimentary research has not turned up what all has been here in between the closure of Eclipse and the grand opening of Calcutta Palate last month, but Adam and Emily believe that the signage has been up here for many, many months. Is it possible that some other Indian restaurant did some trade here once upon a time, and the new owners just kept the same name? 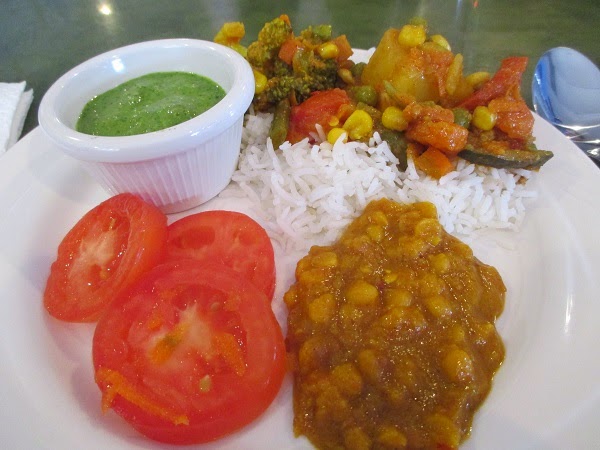 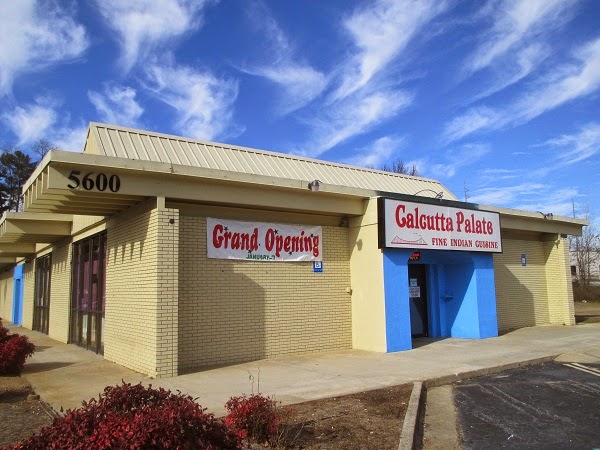 At any rate, the food here is mostly what you’d expect from an Indian buffet, although we were all pleasantly surprised by both the very low price – just $5.99 for a lunch buffet – and such high quality from all of the food. There were perhaps fewer choices than I was expecting, but everything that we sampled was delicious. The creamy spinach – sag paneer – was completely delightful and probably the consensus favorite, and I also really enjoyed the aloo dal, providing yet more evidence for a growing theory of mine: the best things to order in Indian restaurants are usually vegetables. There was a tray of chili chicken, and one of chicken tikka marsala, and they were indeed pretty good, too, but these vegetables were fabulous and the meats unnecessary. Capped with a small bowl of thick and creamy rice pudding, this was a terrific little lunch.

Whatever is keeping this place hard for potential guests to spot, I hope it gets worked out quickly. There aren’t many places in Atlanta with a buffet that features food this tasty for so little money! You’ll definitely want to work off some calories walking the aisles at Buford Highway Farmer’s Market when you finish eating, and probably bring home supper while you’re there.