We absolutely love old businesses, and enjoy celebrating restaurants that opened a really long time ago. For a while, we thought that Tony’s in Gastonia NC might be the oldest restaurant that we’d find – it’s a century young this year – but to our huge and pleasant surprise we had a snack at a place that is approaching one hundred and fifty freaking years of continuous operation. It’s called Payne’s and it originally opened in 1869.

To be fair, it hasn’t actually been a restaurant for all that time. It was at first a pharmacy, and it added a soda fountain with counter lunches in the 1930s when business began to sag. The space is very small – it’s in a corner building on the courthouse square – and you’ll wish that somebody had been in here with a camera every time they modified the interior. How in heaven such a small room could house both a counter and a drug store is beyond me. They’ve tried to freeze the place to look like it might have been in the 1950s, and possibly done a pretty fair job. Some of the nostalgia might be a little deliberate, but this is truly a very old building. 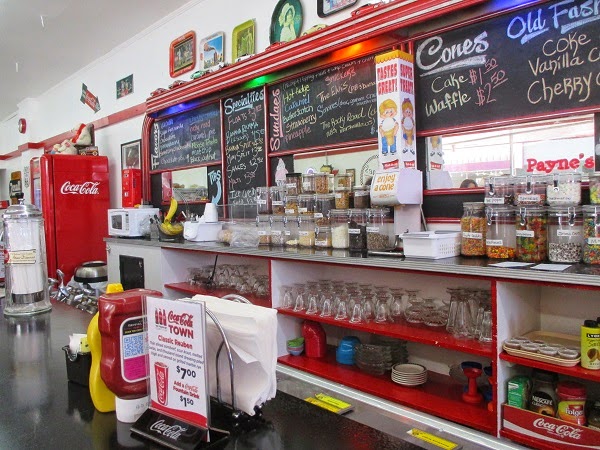 We were in Scottsboro again for another trip to the Unclaimed Baggage Center. I bought a slightly better camera for a few pennies; the ladies bought clothes at astonishing discounts. The girlchild, unhappy with her lousy dessert from the previous chapter, didn’t even want to set foot in this place, opting to sleep in the car instead. She missed out on some really well-made desserts. Unfortunately, the ice cream is from Mayfield, a company I do not like (it’s political), but the employees work wonders with the treats here. Teenagers have a reputation, not entirely undeserved, for being surly and untrainable, and we kind of see a lot of that with our girl, so it’s always encouraging to see such a fantastic young crew as this place being awesome and making all the sundaes and desserts with such care and attention. 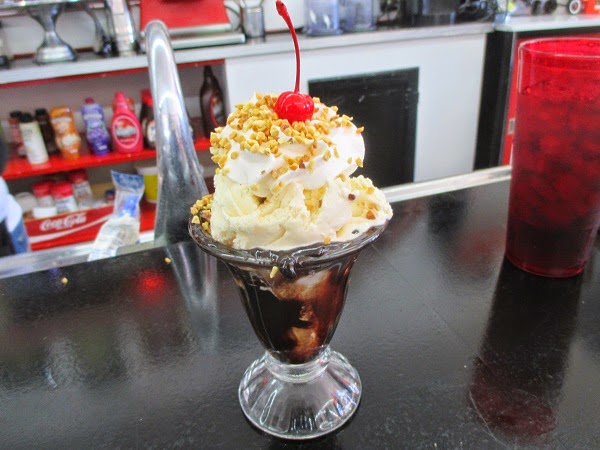 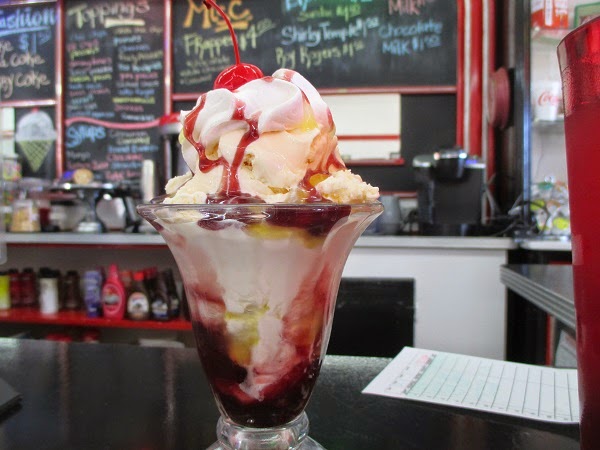 I just had a hot fudge sundae and Marie had one with a little lemon syrup and a little blackberry. The syrups are from a company called Lyons, and, sure, we could have made these ourselves at home since all the ingredients are easily obtained, but they do such a good job here and are so incredibly friendly and keep their prices so low that it’s worth the stop. The three year-old had a little of each of our sundaes, and a few potato chips before dumping the rest of his bag out on the floor. 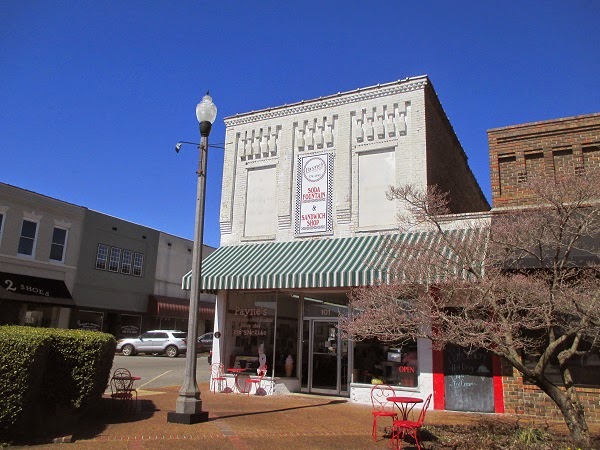 We also shared a hand-mixed cherry cola and a little conversation with the nice woman who sat next to me and said that she’s stopped by for a sandwich or an ice cream sundae for “many, many years.” We think it’s completely great that Payne’s is still doing good business with a good crowd after all this time – 146 years! – and hope they’re here for many more days to come.

And don’t worry; the girlchild didn’t miss out too much. She had another chance for a snack back in Tennessee a little later.