This is Marie, contributing an article about Pijiu Belly, a pub-type Korean-American fusion restaurant with some really interesting blends on the menu. I went with some foodie friends to have an evening there and we all had a blast. I’d had some worries that I might have to pull out but made it, and I’m glad; it was one of the most cheerful evenings I’ve had in a while.

Pijiu Belly has been around since last December, and while I did not care for most of the appetizers that we sampled, overall the food was good, and some of it was really good. The place just feels friendly, and there is fun art up on the wall. 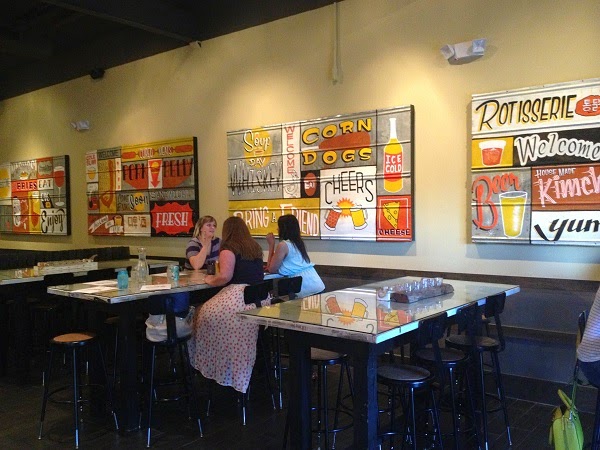 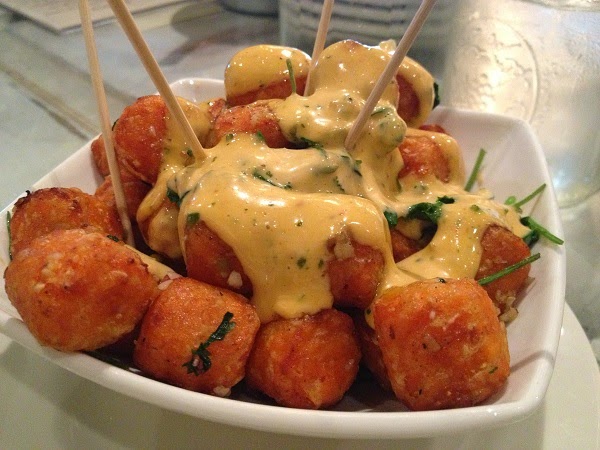 The appetizer I liked best was the sausage hot plate. It’s served sizzling like a fajita, and it is absolutely wonderful. The kimchi mustard made me pause for a moment as I’m neither a kimchi nor a mustard lover, the delectable sizzle drew me in. Somehow the two flavors together just worked superbly. I could have eaten three plates of that. Well, not really, because I would explode halfway through, but it sure would be fun trying. The other appetizers didn’t work as well for me, but the grit sticks with bacon crumbles were a huge hit with the rest of the party; they all seemed to feel the same about those that I felt about the sausage. The poutine was OK, and I didn’t care for the tater tots. The dumplings were quite yummy.

I chose the bulgogi hoagie as my entree, and was pretty happy with it. It needed to be just a little fatter, but man that meat was good. Someone else had a bulgogi bowl and I should probably have gotten that since I seemed to be in such a protein-focused mood that evening. I usually prefer the carbs, but it was the meats that made me happy here. My sauteed kale side was pretty good – nice and sweet, and the leaves still had some texture to them. The chicken looks great; that would be my third choice. 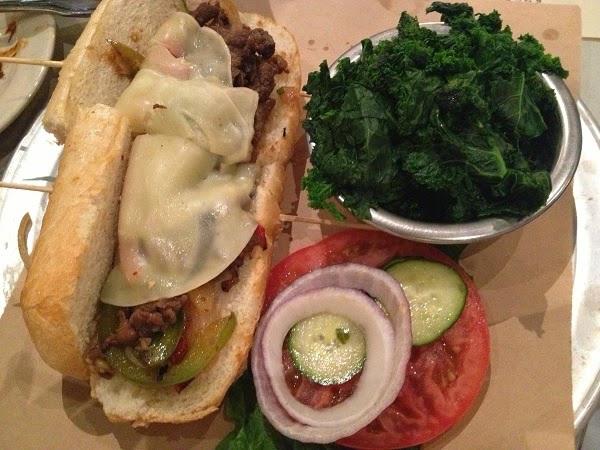 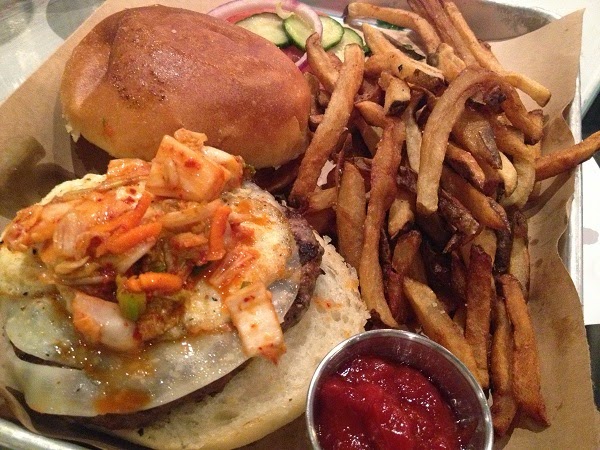 We also got some desserts and shared them out; the hands down winner was the Yuzu-Lime cheesecake. I generally go straight for the chocolate, and had already ordered a slice of that to take home, but while it was dense, deeply chocolatey and delectable (and large enough to match the name, which is actually “Big A** Chocolate Cake”), the brighter flavors of the cheesecake really capped the meal better. 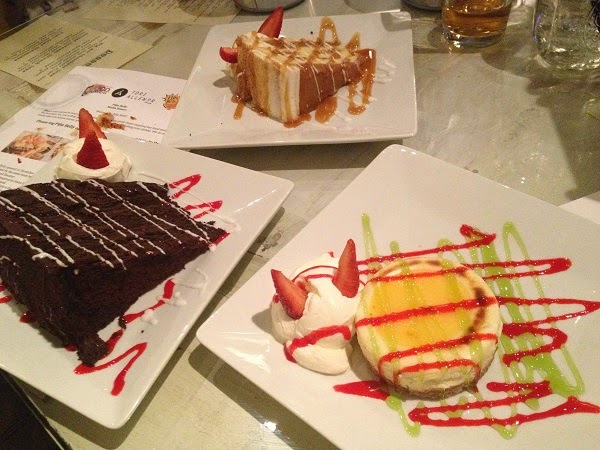 The menu had a lot of reasonably-priced choices. Although there were a couple of standout winners (even if I didn’t care for them myself, those grits sticks generated a couple of re-orders from the table) and a couple of people thought the food was better on another plate, we all had a blast and I certainly would be happy to come back and try some more things. Or maybe just have a cheesecake for dinner.