This is Marie, contributing an article about baked goods – one savory, one sweet.

I had taken my boy for a day out in Athens. We had fun picking strawberries together, and wearing out the boy in the always delightful “World of Wonder Playground” in Southeast Clarke Park, working up quite an appetite in the process. We then went downtown to get some lunch.

Pouch Pies is a savory pies store – not a pizza place, as some might think from the name “World of Pies.” We as a country have become so pizza-oriented that it’s the first food that comes to mind, I guess! The restaurant was apparently inspired by that tendency, because the owners, who came from South Africa, apparently felt that if they could not get the pies they wanted they would just have to start a restaurant to make sure such things exist. Anyway, they have a variety of neat savory pies. 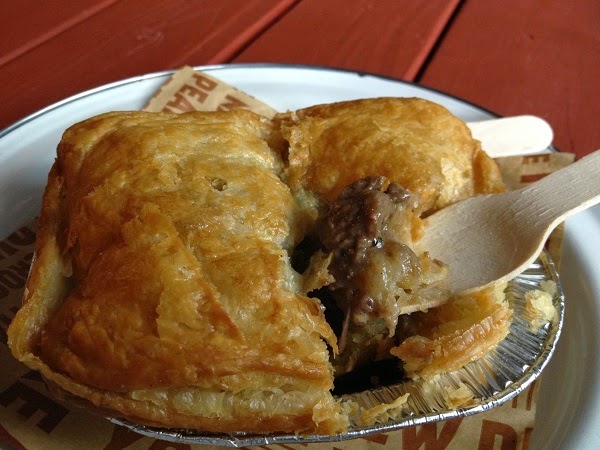 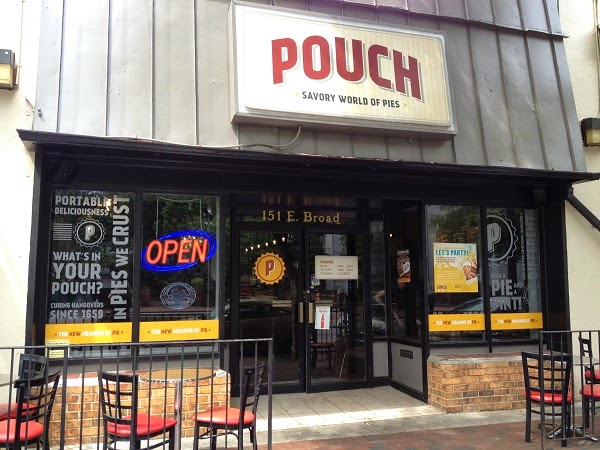 My boy and I shared the Pielander, since he has gone on an anti-veggie kick lately (seriously, what is it with little boys? One week they are eating all the carrots in the house, the next week anything orange had better be made of sugar or it ain’t passin’ those lips). He was very enthusiastic about the crust, which is flaky and wonderful, and not as much about the interior, which was tender and also wonderful. Boy missed out.

We followed up that snack with some ice cream at the Ben & Jerry’s around the corner, and a visit to Wuxtry, and a little walk around generally enjoying the Athens downtown. I need to go there more often, it just feels good to be there. 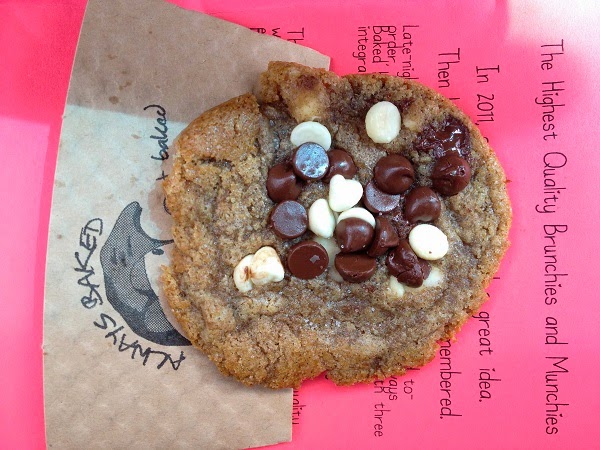 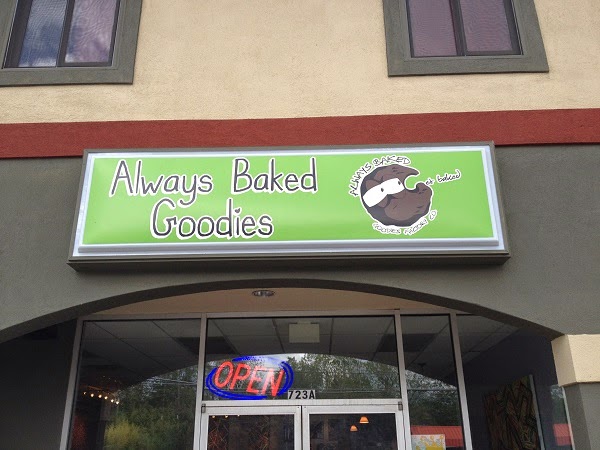 After that, we stopped by Always Baked Goodies on the way to the library, where I dashed in for a cookie. They’ve got a really neat space, ideal for hanging out with a thick book or a laptop, in order to eat snacks. They have a small bookshelf and comfy seats. I got the “On My Mind” cookie, which is pretty close to an ideal chocolate chip cookie if you like the chips semi-melted, the interior chewy and the edge just a little crisp. I would have rather liked to get a drink to wash it down, but the boy was being a butt at that point because he far preferred going to play at the library to accommodating any silly desires for sustenance in parental units. I barely had time to find our that they’d been in that location for a year after having been downtown, and that the huge mural of the UGA coliseum was a legacy of the prior owner. The cookie itself was lovely; I would be happy to try out more of their varieties.

One thought on “Pouch, Athens GA”