This is Marie, contributing an article on the stuffed pepper recipe I mentioned in our previous story about a Kristen Sollenne dinner. I finally got around to it and can share the results. I did cheat and used a good quality tomato sauce rather than making my own as the recipe called for, but the sauce recipe is similar to others I’ve made before and should be fine.

The peppers sat in the oven and roasted while I was doing all the other prep work. This is important; you don’t want the peppers to be crunchy when you cut them on your plate. But do peek in on them occasionally and turn them if the peppers appear to be getting more cooked on one side than another. I recommend rotating them at least once during the process. There may also be some moisture that cooks out of the pepper pooled at the bottom; I poured it out but you probably don’t need to.

The meat mixture is fairly simple and goes together quickly. Note – the ingredients below are the original recipe; I only used 4 peppers so the unused meat was put aside to add to some future spaghetti sauce. 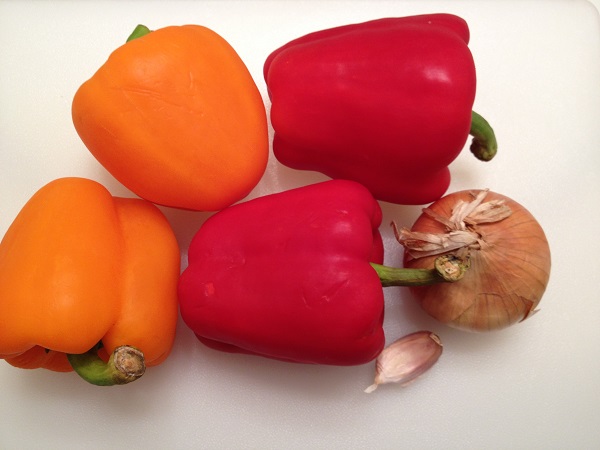 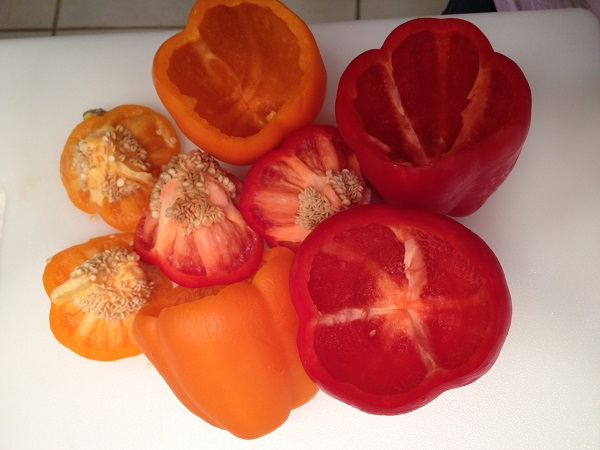 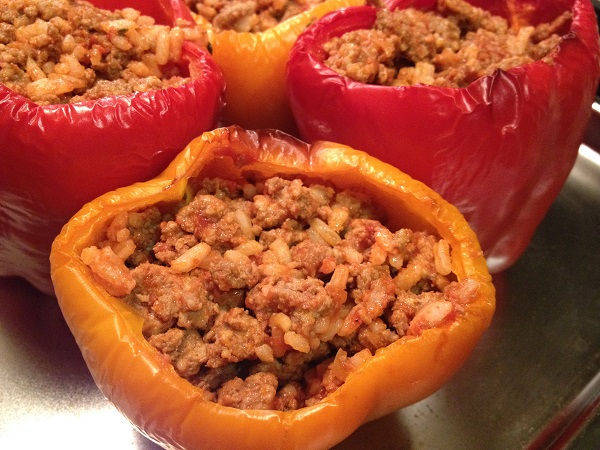 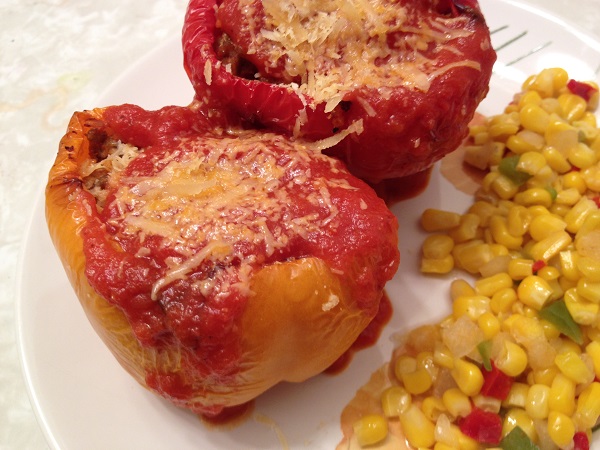 Preheat oven to 400 degrees. Wash peppers and take off tops of peppers, clean out the seeds and pith, and rinse insides. Place in a baking pan in the oven while working with other ingredients, checking occasionally as they may need turning if one side cooks faster than the others. Remove when top edges have just begun to bubble and brown (20-25 minutes).

Heat olive oil in a large skillet over medium heat. saute garlic and onion until softened, about 3-4 minutes. Add meat, oregano & cumin, and cook until no longer pink. Drain grease. Stir in tomato paste. Season with salt & pepper. Sprinkle in cheese. Pack meat in the peppers, adding more cheese to the top, and put them back in the oven for another 20 minutes, again keeping an eye on them and turning if needed. Pour warm sauce over the top and serve.

Note: since my son is passionately anti-pepper and it seemed a bad idea to waste one on him, I tried making meatballs with some of the extra meat, but can state without reservation that was a bad idea. You really need the egg and breadcrumbs that aren’t in this recipe to make that work. Another note: for leftovers, we recommend cutting up the pepper and putting in a little extra sauce to mix it all up. It’s a good deal less pretty, but makes it much easier to reheat and consume, and it’s just as tasty!