This is Marie, contributing an article about a recipe we tried from Domestic Chic, a new book by Kristin Sollenne that we received for preview. There are always cookbooks out there, and I know full well that the vast majority of the ones I own are going to be used for one thing and one thing only: for food porn. I have a much-abused box of slightly stained cards that have the family recipes on them; I have my Joy of Cooking which breaks automatically to the waffle and pie sections, and then…there is the endless stacks of print-outs stuffed haphazardly into a 3-ring binder of “oooh, nifty!” from the internet – some used, some not, but all forgotten the instant they are filed.

So, knowing my proclivities, I tend to be cautious about taking on a new cookbook. I agreed to this one and am glad I did, because there are a couple of really nice organizational points that work well for me. First of all, the delightful photos of food are each stacked one to a recipe, which makes the recipes themselves easy to find. There is also a fair amount of white space on each page; while I’m not the sort to write notes in the margins, I am one to slap a chef’s knife or bag of rice over the pages while the book is out on the counter to hold it open so I can remind myself of the details of what I’m doing as things roll along. I don’t know about you, but it’s ether that or writing out the recipe on a 3×5 card, and who has time for that? The author actually suggests putting everything out in the order that it would appear in the recipe and that would really be better for the integrity of my cookbooks, but sadly my work space is too small for that unless the recipe is pretty simple. 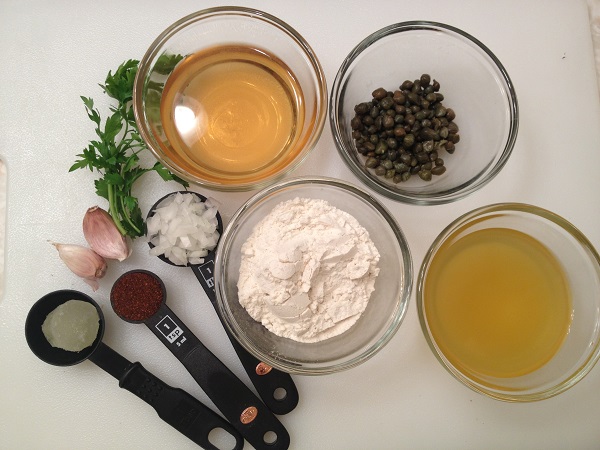 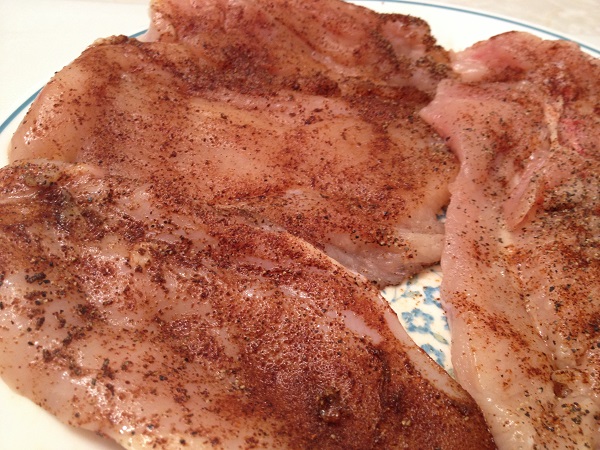 The book is divided by season. There are some universal ingredients, and then there are things like fresh peaches that you really have to use when they are in season, because who wants to cook with the flavorless orange tennis balls you get in February in the “fresh” fruit section of the produce area? Each season is further subdivided into sections based on an idea for an event like football season or a nice brunch. The design was intended to make it easier for people to put recipes together for events or meals without having to puzzle out what went together. The one I used was from the section “summertime favorites”

The recipe I chose was based on nothing more profound than my husband’s having expressed a wish a while back that I do more breaded type chicken recipes. I rather wish I’d tried the stuffed peppers recipe earlier in the book instead, as it would have been rather more photogenic for you, our readers, but the results of this recipe were quite good. And this was a really easy recipe that I could have used on a weeknight instead of a Sunday, if it weren’t for the necessity of stopping and taking photos and notes. See below the recipe, with my input in parenthetical statements. One thing to note: I used two large breasts split in half instead of 4 regular size because I had two small appetites to handle on this particular meal – the 4-year-old, and a teen who’d eaten much too recently; I don’t recommend that as a general approach for this particular recipe because you want the pounded meat to spread well, and the bottom halves were a little harder to get both thin and even. Try to find the smaller breasts if you can, instead. 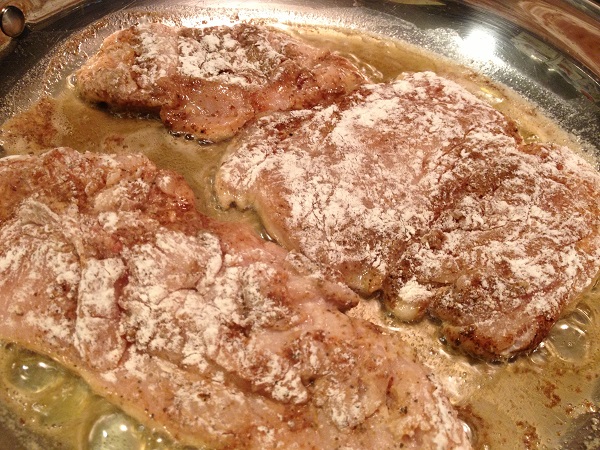 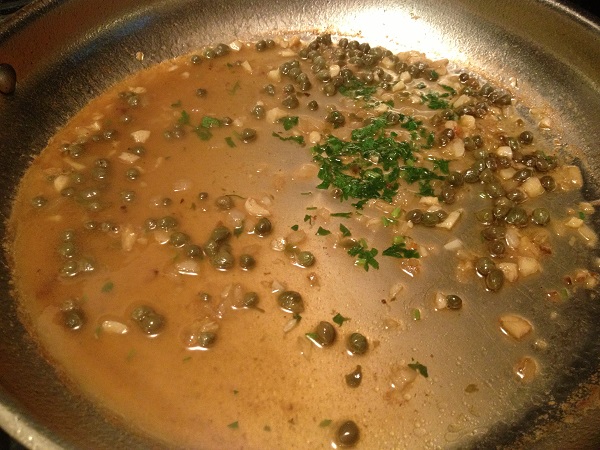 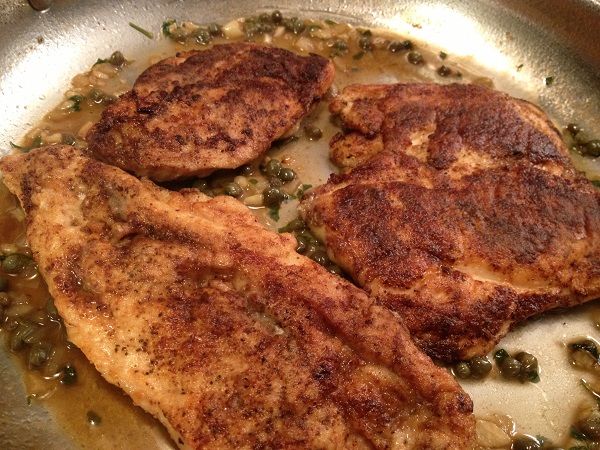 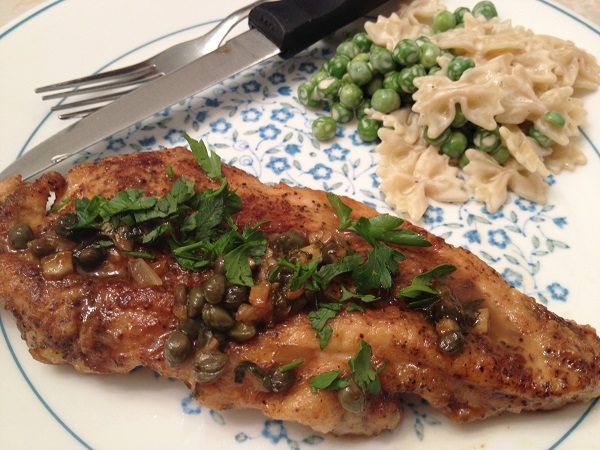 Season chicken with salt, pepper and paprika. Dredge chicken in flour and remove excess.
In a skillet, heat oil and butter and cook chicken 3-4 minutes per side. Add more oil and butter if needed (mine did need it) and remove when cooked.

In the same pan, saute garlic and shallot (remember that garlic cooks REALLY quickly – don’t dilly dally on this step or you will have crispy fried garlic; mine came dangerously close to that stage in a flash!) then add stock, lemon juice, capers, parsley, salt & pepper, and reduce for about 10 minutes. Return chicken to the pan (along with any juices that drained while it was resting) and coat the chicken in the sauce. Return to a serving plate, cover in sauce, sprinkle on a bit of fresh chopped parsley if desired, and serve.