If you’ve lived in Atlanta for any length of time, you’ve heard of Rio Bravo. This isn’t a failed restaurant chain with one or two deeply oddball fans, like me and Shrimp Boats. Thousands of people loved Rio Bravo, which opened its first location in 1984. For a while, it was by leagues the best Tex-Mex in town.

Unfortunately, though, the owner, Ray Schoenbaum, sold the small chain to Applebee’s in 1995. Applebee’s then launched dozens more locations in several states while screwing with the menu and the recipes, and then sold them all to another chain called Chevy’s in 1999. They started the long process of rebranding their new acquisitions, but had their own bank of problems, and most of the Chevy’s and Rio Bravos were gone by 2002, with a few holdouts in Florida lasting a few years longer than that. Actually, Chevy’s still exists in northern California, but I’m pretty sure that there’s nothing left of Rio Bravo in it. 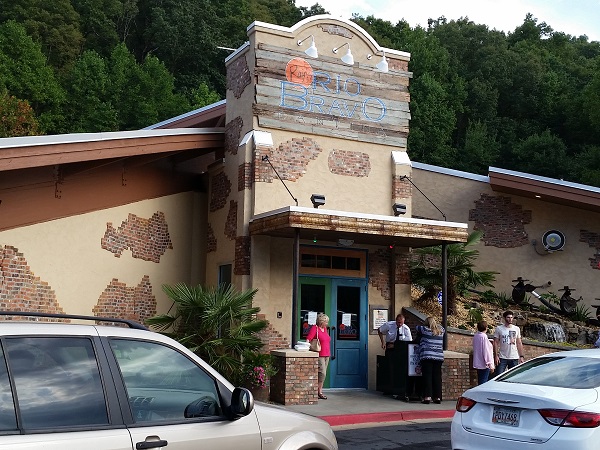 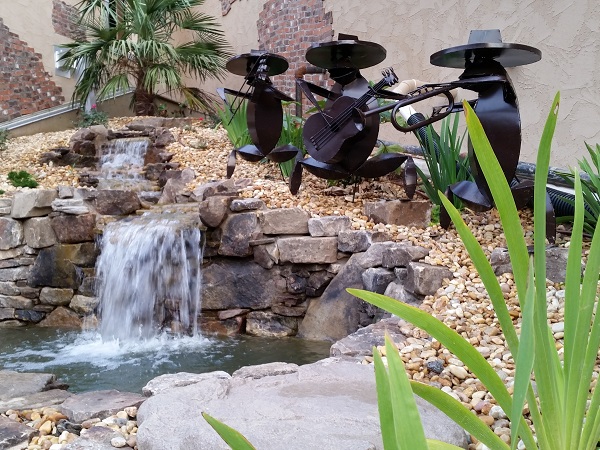 Rio Bravo always had a Six Flags feel to it. The food was terrific, but it was about as much a real cantina as the Monster Plantation is an accurate depiction of the antebellum South. So maybe I went into the new experience of Rio Bravo with a teeny bit of “already writing the story” in mind, but you’ve got this silly facade of a building in the oppressive humidity and wet asphalt after an afternoon shower, and the smell of brackish, still water behind the structure, and cartoony frogs posed like a mariachi band, and the experience is complete. Somebody on the patio yelped for some reason or other and I looked around for the roller coaster.

It’s in the former location of Tasty China II on Powers Ferry, with a long finger of the Chattahoochee stretching behind the building and lying still. The patio will probably be fantastic when the temperature and humidity are not so awful. (This week, for instance!) Marie and I visited much earlier than we typically do with new openings, on their second week, and truly, the service kinks were still being worked out, but the staff recovered very well. To be fair, parts of the menu are very poorly worded. If a guest asks for jalapeno-lime shrimp fajita quesadillas in a wildly noisy restaurant, is the server going to hear and remember “fajita” or “quesadilla”? 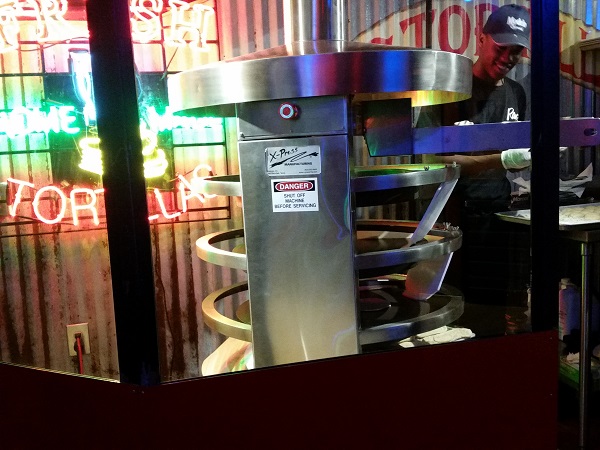 We went as early as we did because I’m an impatient person when it comes to nostalgia, and I wanted fresh tortillas from El Machino. We certainly enjoyed our meals, but I don’t think it’s as good as it once was. These are old memories, tainted by Nuevo Laredo’s flavors, but I probably ate at Rio Bravo more than every other restaurant in Atlanta, combined, from about 1989-95, and so they’re pretty detailed memories. This is very good, but it’s not great.

They were kind enough to let me substitute a chicken enchilada for one of the two brisket ones that the Yucatan platter comes with. I enjoyed every unhealthy bite, but I hate that the combination platters are so hotdanged dull when it comes to choices. The Tampico, for instance, has an enchilada and a taco and a mini-burrito, and all three are filled with chicken. What the heck’s the point of that? Even just subbing in a ground beef taco would be more interesting, especially since the ground beef has such a flavorful seasoning mix. The chicken, happily, is pretty good, not even remotely like that dry, dry stuff that they serve at El-This-Los-That joints. 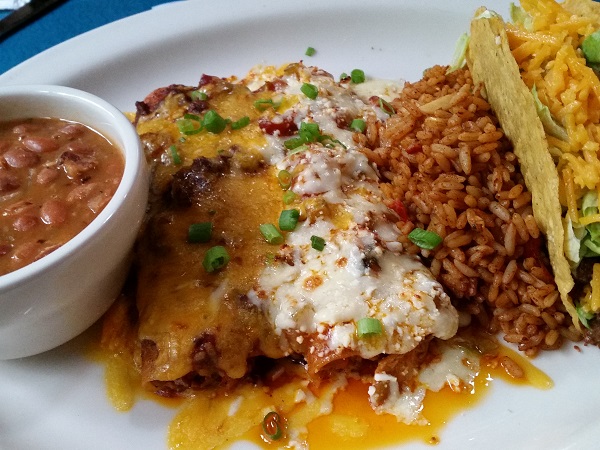 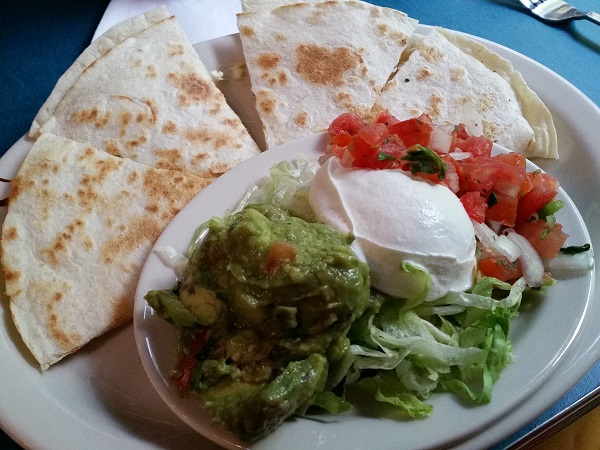 During the first phase of its existence (1984-95, before the long decline), a new Rio Bravo would pop up about once a year in a different part of town. I was often at the one nearest to the present site, over at the Powers Ferry/Northside interchange at I-285. That building has been demolished; an animal hospital and a Wells Fargo branch are there now. I also went to the one by Town Center, long since a Provino’s, for the Sunday buffet brunch a time or two, and also the one in Buckhead near One Star Ranch. Around 1994, an incompetent valet at the Buckhead store locked my keys in my car, but it turned out okay because we were – get this – sitting next to a table of repo men who had their tools!

So yes, I have lots of happy memories of Rio Bravo’s food and the fun times I had with friends. Nostalgia’s going to drive lots of guests to the new store, goodwill’s going to forgive some hiccups, and the food is going to bring them back. While I will not eat here as often as I did in the late eighties and early nineties because I enjoy more than just eight or nine restaurants these days, I hope that Rio Bravo stays with Atlanta for many years to come, and continues to improve.