For our 700th metro Atlanta restaurant, we wanted to go someplace special. Over the years, I’d wanted to go with Marie to Ann’s Snack Bar many times, but we couldn’t coordinate schedules with enough time to spare. There was one instance where I almost stopped by on my own, but found the restaurant closed for the day. Happily, everything worked right when she had a Friday off and came to meet me for a long lunch.

The iconic snack bar’s original owner, Ann Price, passed away in April of this year. She had been celebrated in The Wall Street Journal for serving “the world’s greatest burger,” but had hoped to retire after selling her restaurant for a firm $1.5 million. She never found any takers, but the business carries on without her. When Miss Ann was in charge, only eight people would be served at a time, but they’ve screened in the patio area and added some more tables and chairs there so that more people can eat at a time. The greasy burgers still take a good, long time to come to perfection, though. Bring cash and budget at least an hour to eat here. Should you come with the lunch rush, you’ll probably need more than two. 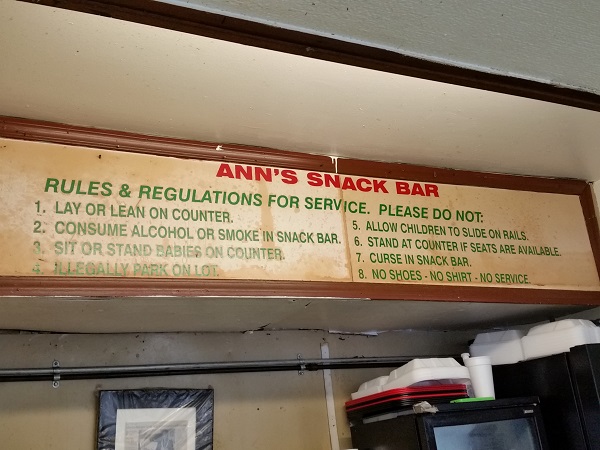 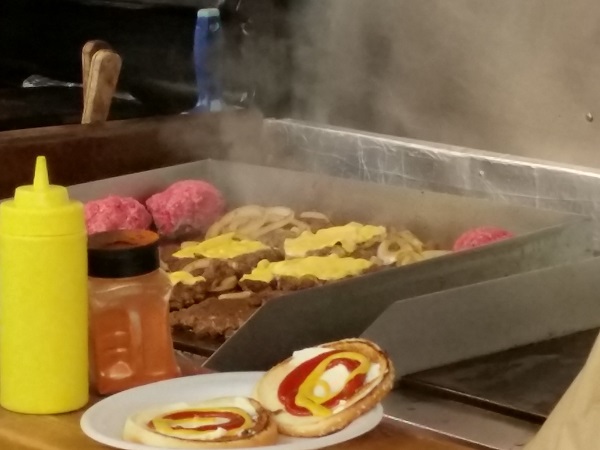 We arrived about five minutes early and were asked to wait on the patio. Some things about Ann’s, we hope will never change. The people are kind and pleasant if you are, but they have rules and don’t suffer fools gladly. While we waited, one woman offered a credit card to pay for her carry-out order and was directed to the Family Dollar two doors down to get change. The body language in their interaction told a remarkable story. The guest should have known better.

Younger men, in their early twenties, will occasionally offer a twinkling, teasing comment to their elders here, I suspect because they look forward to being corrected on their poor manners, or even the mildest possible infraction.

“Can I get a Ghetto Burger? And lemme get some of that Kool-Aid–”

“That’s not Kool-Aid, it’s fruit punch, I’ve told you that!”

“Kool-Aid! This ain’t your mama’s house!” 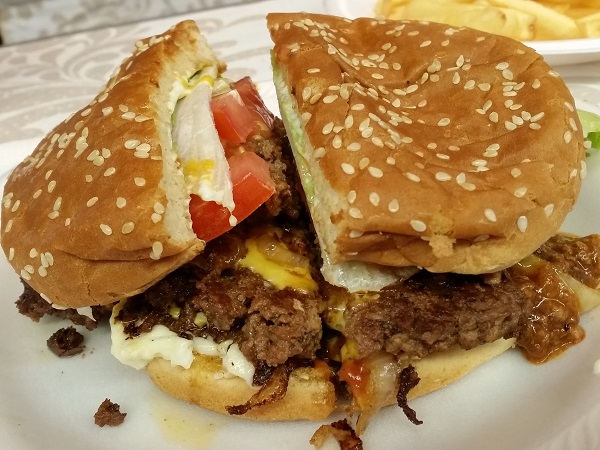 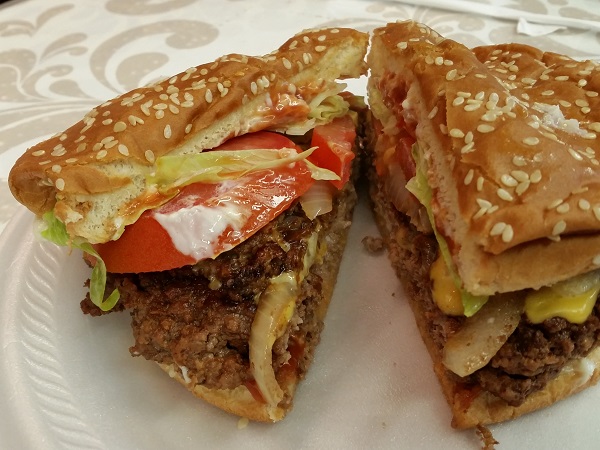 Marie, as our regular readers know, and lament, doesn’t even like the smell of bacon, so I never order it when we’re sitting together. That’s why I had the chili cheeseburger instead of the famous Ghetto Burger. We watched, smiling with anticipation, as greasy magic was worked on the grill. They use giant globs of meat here, slowly making their way into patties from little mountains, more than a half-pound each, the juice from the grilled onions mixing with the salt and pepper. Each burger is made slowly, and carefully, each ingredient deliberately and unhurriedly balanced on the buns.

The result is amazing. It’s one of the very best burgers that money can buy. Marie and I were incredibly satisfied with our lunch, and glad to finally celebrate this wonderful little restaurant together.

This is our 1300th chapter, and no signs of slowing down! Thanks so much for reading us.